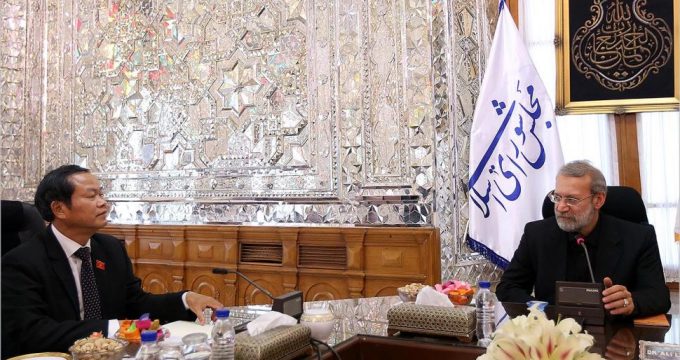 Iran ready for development of ties with Vietnam: Speaker

IRNA – Iran is prepared for development of ties with Vietnam in all fields, including parliamentary, agriculture, mining and petrochemicals, Parliament (Majlis) speaker Ali Larijani said.

During his meeting with the Vietnam National Assembly Deputy Speaker Do Ba Ty on Tuesday, Larijani hailed Vietnam’s history of fighting the colonialism.

The Vietnamese vice speaker, for his part, called for opening a new chapter in relations between Tehran and Hanoi.

Both Iran and Vietnam have a record of opposing the US policies and this shows that both Iranian and Vietnamese nations want independence, peace and stability, he added.

The Vietnamese MP conveyed also the invitation letter of Vietnam National Assembly speaker to Larijani to pay visit to Hanoi.