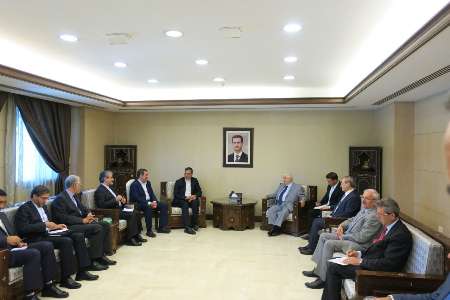 He pointed to the clearance operation as continuation of Syria and resistance political victories.

Jaberi Ansari also held talks with Syrian President Bashar al-Assad on developments in Syria and in the region and also on mutual cooperation in fighting terrorism.

Jaberi Ansari’s visit to Syria is taking place while he hosted UN Special Envoy for Syria Staffan de Mistura in Tehran a couple of days ago.

Negotiations with de Mistura were in the framework of consultations between those countries which are effective in solving Syria crisis, Jaberi Ansari told reporters at the end of his talks with the UN envoy in Tehran.

De Mistura’s visit to Tehran took place on the eve of the sixth round of Astana talks on Syria to be held in the coming days in the capital of Kazakhstan.

Syria has been the scene of unrest and terrorist acts since March 2011.

Iran, Russia and Turkey are the initiators of the December 30, 2016 ceasefire in Syria.

The three countries, known as the guarantors of the Syrian ceasefire, have so far held five rounds of talks in Astana to find a way to end the Syrian crisis.