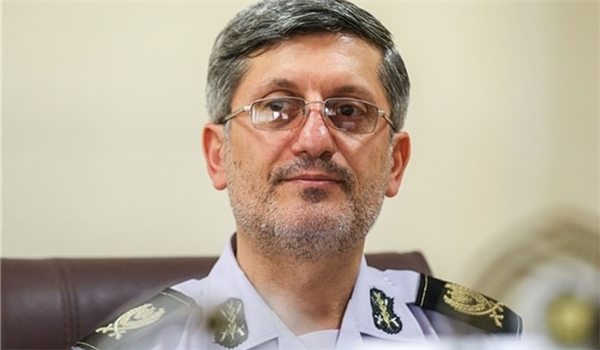 FNA – Iran’s state-of-the-art integrated radar system has given a full coverage to the entire Iranian sky and made it impenetrable to enemy planes, a senior commander of Khatam ol-Anbia Air Defense Base said.

“We have been able to use the home-made radar systems to strengthen the network to detect (the flying objects) in different frequency bands and reinvigorated it against electronic warfare across the country,” General Massoud Moqaddas, the commander of Khatam ol-Anbia Air Defense Base’s IT Department, told FNA on Wednesday.

“Extending our radars across the country empowers us to easily detect any flying object that intends to violate our airspace and then bring it under our surveillance and other measures, including tracking, interception and destruction,” he added.

In relevant remarks in 2015, Commander of Khatam ol-Anbia Air Defense Base Brigadier General Farzad Esmayeeli underlined that the country’s integrated missile and radar systems are always monitoring moves and ready to fire and intercept hostile flying objects at any moment from over 3,000 kilometers away.

“Today we are capable of monitoring the enemies’ slightest move from a distance of more than 3,000 kilometers,” Brigadier General Esmayeeli said at the time.

He reiterated that one of the achievements in the field of Air Defense in Iran is that the country has become self-sufficient  in the production of radar systems and missiles.

Brigadier General Esmayeeli said Iran’s Air Defense units have been deployed in some 3,700 locations across the country to give a crushing response to enemies’ threats, while they have a message of peace and security to regional and friendly states.

He underlined that Iran’s military capabilities serve as a deterrent arm against enemy threats.

Brigadier General Esmayeeli noted that Iran’s defense lines are not confined to the geographical borders, and said, “Given the increase in variety, speed and range of aerial weapons of the enemy and the intention of the enemy to destroy the infrastructure of the defending country, the defense lines can be expanded to all parts of the target (enemy) country.”