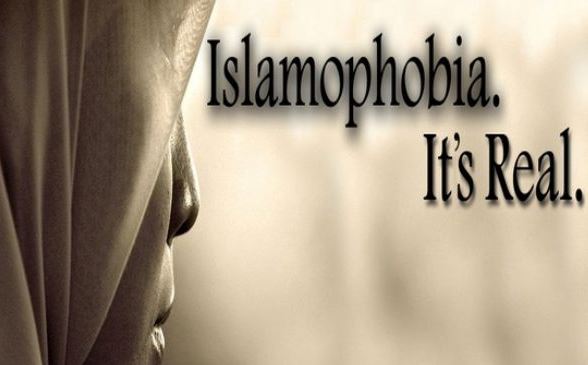 Alwaght– Less than a week after the August 17 Spain terrorist attack, a group of young men brutally assaulted a 38-year-old hijab-wearing Muslim woman in the country’s capital, Madrid. Assaults against Muslims and disrespect of Islam have been a familiar scene in the Western countries.

Such hate attacks  are majorly driven by two main reasons:

Firstly, failure to distinguish between extremists who act based on their deviated interpretation of Islam and some 2 billion Muslims who practice Islam as a divine religion. There are two main Islamic schools each of which has several branches. Every branch allows its specific understanding of Islam to evolve. Some of them make a strict and irrational interpretation of Islam, standing firmly contrary to the spirit of this last Abrahamic religion. This misinterpretation is apparently reflected in the acts of the Wahhabi-takfiri groups that are committing heinous crimes especially against Muslims from other schools of thought, particularly Shiites. Majority of the Muslims are against radical interpretations of Islam and very strongly condemn these groups’ actions, having in mind that so far the Muslim world has been the very primary victim of these ideologies that are promoted in the name of the Islam. The Muslims are suffering heavily as they are targeted by two sides: the takfiri groups and the non-Muslims who are prone to Islamophobic propaganda.

Secondly, some Western states promote radical Islamic groups to justify their presence in the region under the pretext of fighting terrorism. The history clearly holds the knowledge that which Western country devised and nurtured the Wahhabi ideology and even kept supporting it to date. The world nations, and particularly the Western youths, should avoid trusting the phony pro-Wahhabism media propaganda and if they seek to know the truth about Islam, they should choose to research and explore Islam independently.

Despite the fact that the world media are nearly on a daily basis flooded with headlines about the confessions and revelations about the Western role in cultivation of terrorism several decades ago and even now, some parties remain doubtful and apparently steer clear from believing. The reality of Islam is not transmitted by the biased, agenda-oriented media mainly run by the overbearing Western sides. The anti-Muslim assailants should question their leaders about the reasons behind their creation and present-day backing for the fundamentalist groups, rather than attacking ordinary Muslims.

The West ostensibly fights against terrorism in the Islamic countries, however, the outcome evidently comes costly to the Muslims. Their cities are bombed and their children are killed as the show anti-terror campaigns of the West continue to wreak havoc to the various terrorist-held cities.

This is enough to justify a semifinal conclusion that there are only two axes of evil in the world raising the hackles of the international community: one is Wahhabi-takfiri terrorism that historically has deep roots but is a new phenomenon. The second is the Western leaders who for several centuries have been handing over to their successors a legacy of oppression against Western and Eastern nations, and particularly the Muslims. These two walk side-by-side, but still phonily insist that they are not only separate but also stand on the two opposite camps. This idea is unfortunately has its own Western buyers who are credulously influenced by the West’s tarnishing campaigns against the Muslims.