A Look at Iranian Newspaper Front Pages on August 29

Iran Front Page- IFP has taken a look at the front pages of Iranian newspapers on Tuesday, August 29, and picked headlines from 15 of them. IFP has simply translated the headlines and does not vouch for their accuracy.

The top story in all newspapers today was the remarks made by the Leader of Iran’s Islamic Revolution Ayatollah Seyyed Ali Khamenei in a meeting with a group of seminary students in Tehran.

The ongoing crisis in the US, particularly the state of Texas which is grappling with the Harvey hurricane, was also a top story today.

3- 80 Percent of Iran Won’t Have Water in 20 Years: Environment Chief

3- Return of Mayor to Cabinet 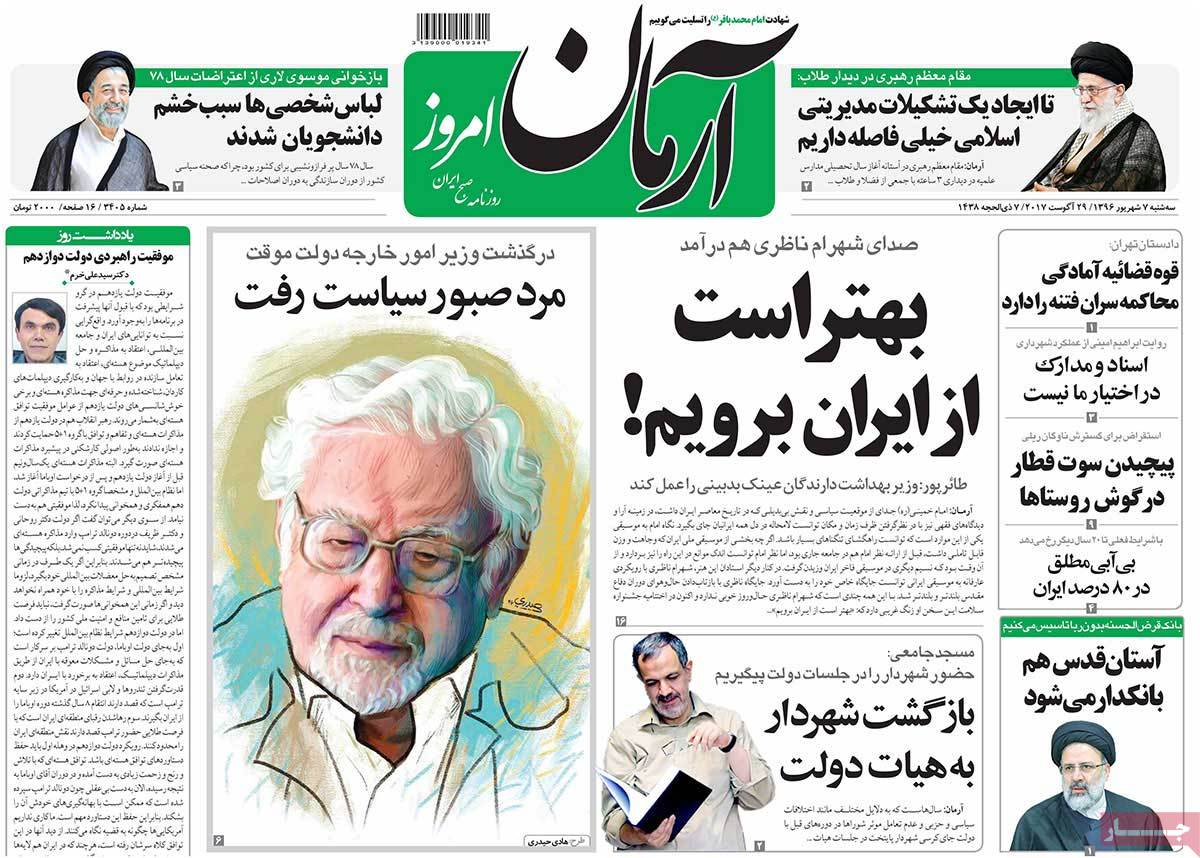 2- Project to Build Dams against Nuclear Deal Kicked Off

1- Harvey Hurricane, New Crisis in US

2- Which One Should Be Saved: Water or Agriculture?

2- First VP: We Shouldn’t Prevent Development of IT on Pretext of Social Ills

4- We Should Use Term ‘Gender Equality’: VP for Women Affairs

1- Wind of Boom in Housing Market: 23% Increase in Deals after 3 Years

1- Iran Leader: If Enemy Not Angry with Us, You Should Doubt Your Usefulness

1- Opponents, Supporters of Trump Clash with Each Other in Berkley

2- Tillerson: Trump Talking on Behalf of Himself

3- Lebanese Analyst: Hezbollah, Syria’s Victories in Defeating ISIS Thanks to Iran, Its Leader

1- One-Month Deadline for Prohibition of 800 Goods

1- We Should Be Doubtful about Ourselves If Enemies Not Angry with US: Leader