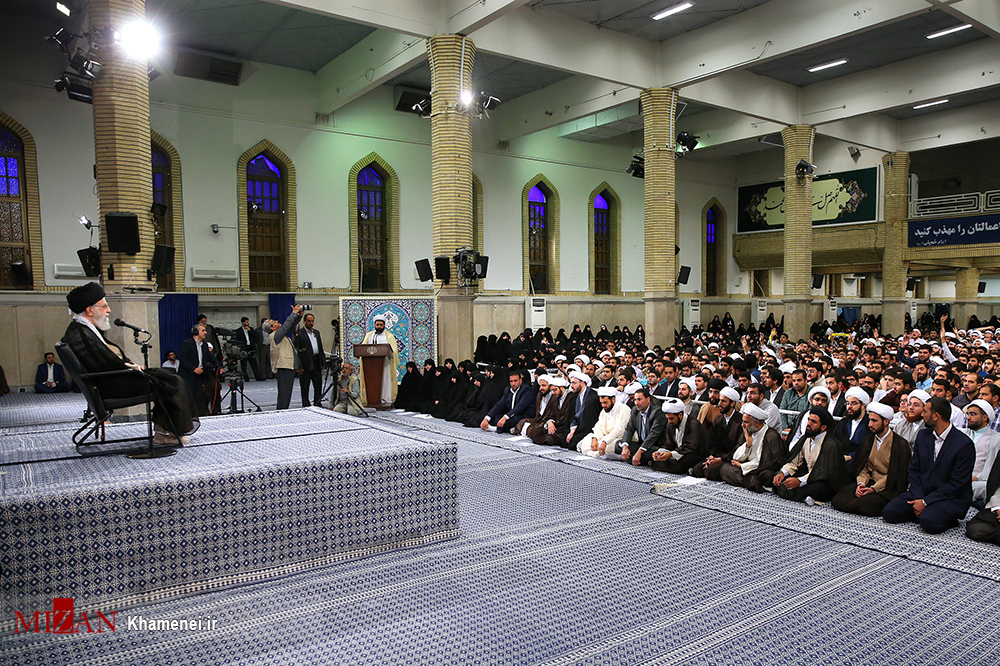 Tasnim – Leader of the Islamic Revolution Ayatollah Seyed Ali Khamenei hailed the novel ideas offered by Islam as the perfect option for filling the ideological vacuum in the world caused by the futility of Marxism and liberalism.

“There is an ideological vacuum caused by frustration at the futility of Marxist and liberalist ideologies at the global level that has prepared the ground for offering the Islamic ideology’s novel ideas,” Ayatollah Khamenei said in a gathering of clerics in Tehran on Monday.

The Leader also reminded Muslim clerics that Islam’s “novel and attractive ideas about human being, society and politics” would be warmly welcomed if offered to the world, particularly to the younger generation.

Ayatollah Khamenei further highlighted the significance of modern means of communication and cyberspace in the contemporary era for relaying the vitalizing message of Islam to the world.

In comments in September 2016, Imam Khamenei called on Iranian clerics and religious promoters to keep abreast of the latest developments in the digital world and use the cyberspace to counter hostile plots against Islam.

Expressing regret about the unfamiliarity of some religious promoters with the new computer technologies and lack of awareness about the significance of the cyberspace, the Leader had announced, “The cyberspace has numerous advantages and disadvantages at the same time, while its opportunities should be used to promote the Islamic concepts on a broad scale.”