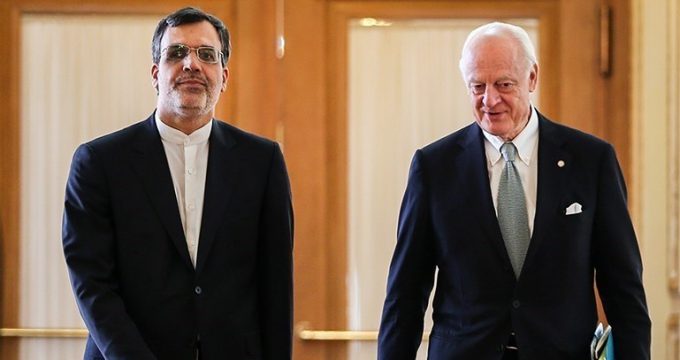 Hossein Jaberi Ansari and de Mistura, during their talks examined Syria developments, including defeats suffered by the Daesh (ISIS) Takfiri terrorist group, , implementation of peace agreement and establishment of truce in the war-torn country.

De Mistura’s visit to Tehran is taking place on the eve of the sixth round of Astana talks on Syria to be held in the upcoming days in the capital of Kazakhstan.

Iran, Russia and Turkey are the initiators of the December 30, 2016 ceasefire in Syria.

The three countries have so far held five rounds of Astana talks.