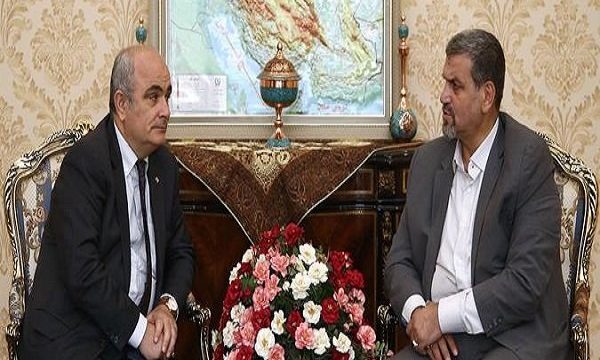 “Iran-Russia cooperation should be increased to counter sanctions and US hostile approach,” said Mostafa Kavakebian, the Iranian legislator from the constituency of Tehran and Shemiranat on Sunday. The lawmaker made the remarks during his meeting with Russian Ambassador to Tehran Levan Jagarian.
In the beginning of the meeting, Kavakebian referred to the 137th assembly of the Inter-Parliamentary Union (IPU) to be held in 14–18 October 2017 in Russian city of Saint Petersburg and he hailed the subject title of this edition of the event as a suitable opportunity for exchanging views between the parliaments of the world.

“There are numerous potential fields of cooperation between Iran and Russia at the Inter-Parliamentary Union (IPU) and Iran’s Parliament is fully ready to expand ties with Russia’s law-making body in this field,” highlighted the Iranian MP.

Strategic areas, Syrian crisis, unilateral sanctions of US, hostile approach of the US, and issues related to Iran’s nuclear program were listed by Kavakebian as areas of mutual interests.

The Russian ambassador, I this meeting, for his part, welcomed the presence of the Iranian delegation slated to attend the IPU assembly to be held in Russia and stressed that cooperation between Iran and Russia is at a high level. Jagarian underlined that Russia is determined to increase the volume of trade exchanges between the two countries.

“Not only in the areas of economy, but also in other areas, the two countries enjoy a big potential of cooperation,” articulated the Russian diplomat in Tehran.