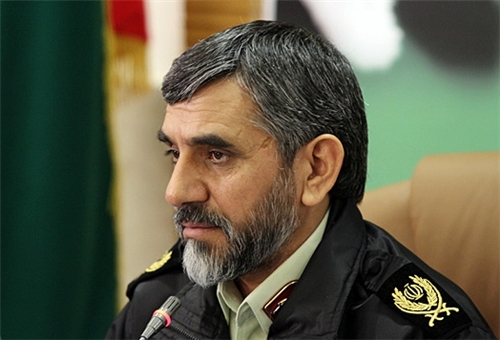 Iran has developed a databank of international drug cartels to identify and arrest the chief members of the gangs, Brigadier General Ali Moayyedi, the deputy secretary general of Iran’s Anti-arcotics Campaign Headquarters, said at a television talk show on Sunday evening.

He said the new procedures have increased the Iranian Police’s capability to target the “financial and economic foundations” of the smugglers, saying modern tactics have made it possible to track and detect the traffickers and criminals through suspicious cash flows and banking accounts turnover.

The commander further highlighted Iran’s success to combat drug addiction with the help of non-governmental organizations (NGOs) over the past four years, saying 80 percent of the rehab programs in Iran are now being carried out by the NGOs and the private sector.

He noted that a number of other countries, as in Central Asia, have employed the successful Iranian model to incorporate the public in anti-narcotics programs.

In recent decades, Iran has been hit by drug-trafficking, mainly because of its 936- kilometer shared border with Afghanistan, which supplies over 90% of the world’s opium, the raw ingredient of heroin.

Iran is on a major transit route for drugs being smuggled from Afghanistan to Europe, the Middle East and Africa, and the country’s war on drug-traffickers has claimed the lives of thousands of Iranian police forces over the past four decades.