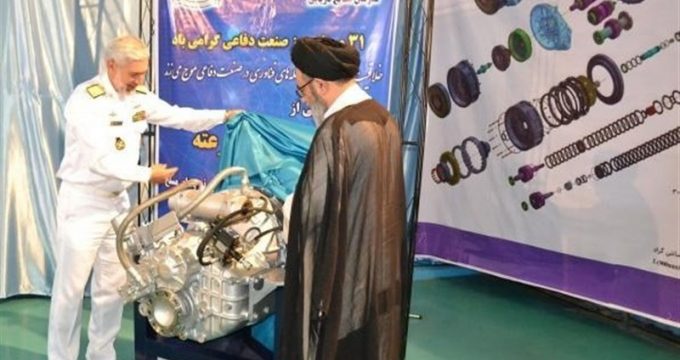 The Iranian foreign minister cautioned International Atomic Energy Agency (IAEA) Director-General Yukiya Amano against “detrimental consequences” of forthcoming talks by the US ambassador to the UN on the nuclear deal between Tehran and world powers, known as JCPOA.

Iran’s nuclear chief Ali Akbar Salehi said Sat. that the first phase of a new plan for Fordow Fuel Enrichment Plant (FFEP) will come on stream in one or two weeks, adding the actual inauguration is scheduled for April 9.

The Iranian administration has renewed allegiance to the ideals of the late founder of the Islamic Republic Imam Khomeini (RH) on Sunday morning.

Iranian ICT Minister Azari Jahromi said Sat. that he has held talks with FM Zarif for his help on pursuing the recent measure by Apple to shut down Iranian apps from its App Store.

Rosneft has undertaken to settle over 2 billion euros ($2.4 billion) owed to Iran for past oil purchases by Essar Group after the biggest Russian oil producer bought the Indian refiner on Monday.

Iran’s Minister of Petroleum said on Wednesday that Iranian companies are ready to implement gas and oil projects in Iraq.

Officially, Apple has no presence in Iran. Because of American sanctions against the country, the company’s iPhones are not legally available for sale here, and Apple does not offer a version of its App Store in the country.

Iraqi Kurdistan referendum in line with US policy: Iranian general

Iran’s chief Armed Forces spokesman says the planned referendum on the independence of Iraq’s semi-autonomous Kurdistan region is in line with the US policy of partitioning the region, reaffirming Iran’s opposition to the plebiscite.

More than 1.4 million Muslims have arrived so far in Saudi Arabia to perform the Hajj pilgrimage slated to begin next week, with this year’s rituals featuring the return of tens of thousands of Iranians.

Leader of the Lebanese Hezbollah resistance movement says armed members of the Daesh Takfiri terrorist group are now under siege over an area of about 60 square kilometers, which straddles Lebanon’s border with Syria, after scores of them killed by resistance fighters.

A high-ranking Iraqi military figure says army soldiers, backed by allied fighters from the Popular Mobilization Units, have liberated most of Tal Afar as they recaptured more neighborhoods in their multi-pronged operation to dislodge Daesh Takfiri terrorists from the northern city.

Iran to present science award in memory of Maryam Mirzakhani

Iranian documentary ‘Mashti Esmaeil’ will take part in the competition section of the 15th Experimental International Film Festival (flExiff 2002-2022), which is due to be held in Sydney, Australia, on September 23-24, 2017.

The 26th Persian handmade carpet exhibition has kicked off in Tehran’s international trade fair. In addition to displaying a diverse range of hand woven rugs, the exhibition this year provides an opportunity for visitors to get familiar with some of the aspects of the Persian carpet that were less known by the people.

Hassan Yazdani won the gold medal of men’s freestyle 86kg at the 2017 World Wrestling Championships in Paris, to become the first man grabbing gold in the Iranian wrestling caravan.

The Iranian men’s national goalball team has commendably ended its campaign at the 2017 International Blind Sports Federation (IBSA) Goalball Asia/Pacific Championships in Thailand, and managed to finish in the second place overall at the continental event.