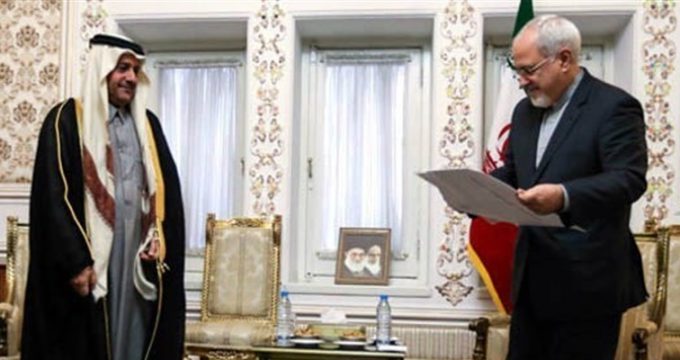 Al-Sulaiti returned to the Iranian capital on Friday after a 20-month hiatus that started in January 2016.

Qatar recalled its ambassador to Tehran in January last year after Saudi Arabia cut ties with the Islamic Republic, following angry protests held outside its embassy in Tehran and consulate in Mashhad against the kingdom’s execution of senior Shiite cleric Ayatollah Nimr al-Nimr.

The return of al-Sulaiti came after the Qatari Foreign Ministry announced on Wednesday that its envoy would “return to resume his diplomatic duties” in Iran.

The decision to elevate relations with the Islamic Republic comes amid a diplomatic rift between Qatar and several Arab countries, including Saudi Arabia, the UAE, Egypt and Bahrain.

The Arab countries allied with Saudi Arabia blame Doha of interfering in the domestic affairs of other states and sponsoring terrorism, an accusation Qatar has rejected as “groundless”.

The diplomatic crisis, the worst since the 1990 invasion of Kuwait by Iraq and the subsequent Persian Gulf War, has seen the Arab nations cut ties to Qatar, which hosts a major US military base and will be the host of the 2022 FIFA World Cup.

Doha has been receiving fresh food supplies from the Iran, which has also allowed Qatar’s national carrier to use its airspace.