A Look at Iranian Newspaper Front Pages on August 26

Iran Front Page- IFP has taken a look at the front pages of Iranian newspapers on Saturday, August 26, and picked headlines from 14 of them. IFP has simply translated the headlines and does not vouch for their accuracy.

Several newspapers today covered a huge deal between Iran and South Korea, based on which the Korea Export–Import Bank (Kexim) will provide €8 billion worth of finance for Iran’s projects.

Another top story was the visit of US President Donald Trump’s special envoy Nikki Haley to Vienna in order to convince the International Atomic Energy Agency (IAEA) to put Iran under pressure. Iran’s Foreign Minister Mohammad Javad Zarif’s letter of warning to IAEA chief and EU foreign policy chief was also highlighted in this regard.

1- Germany: Turkey Will Never Be EU Member under Erdogan

2- US Has Fulfilled Commitments on Redesigning Iran’s Arak Reactor: Official 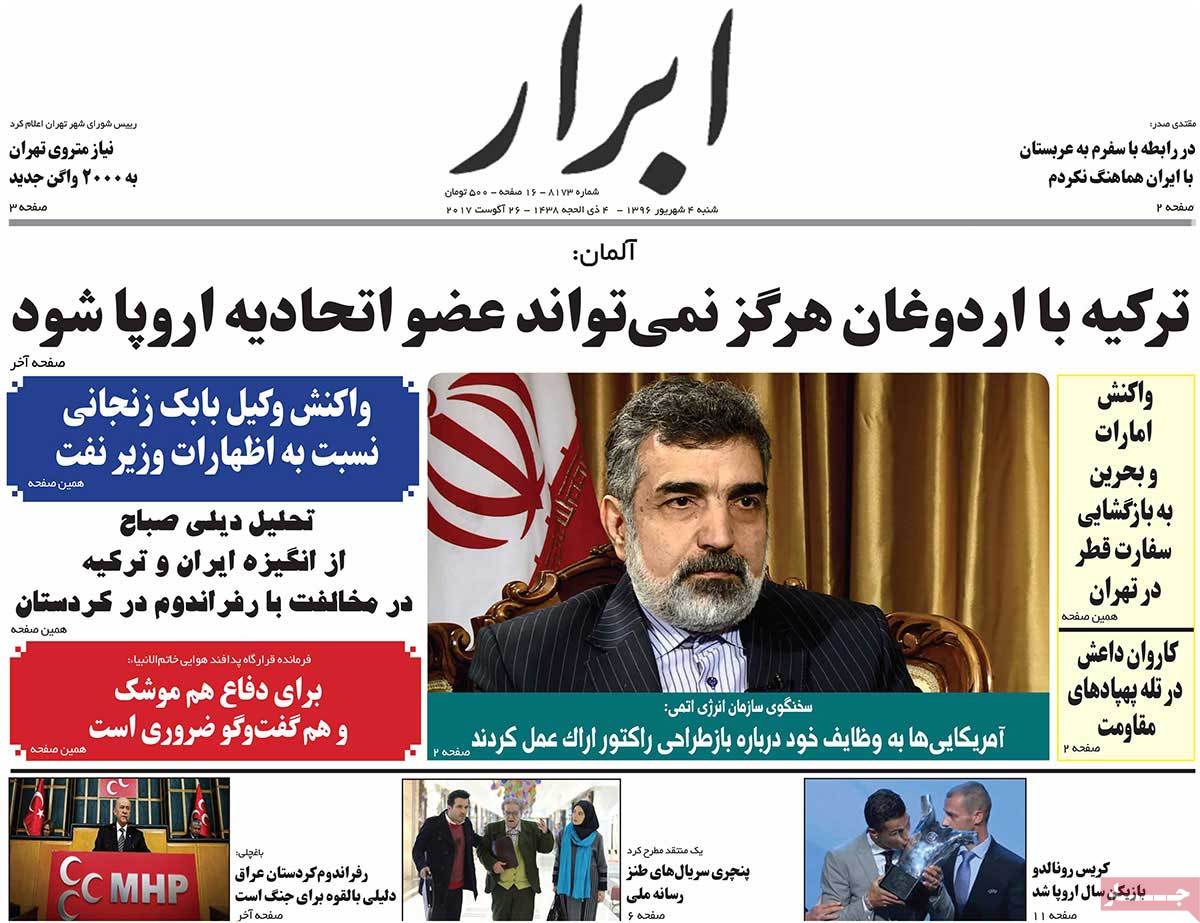 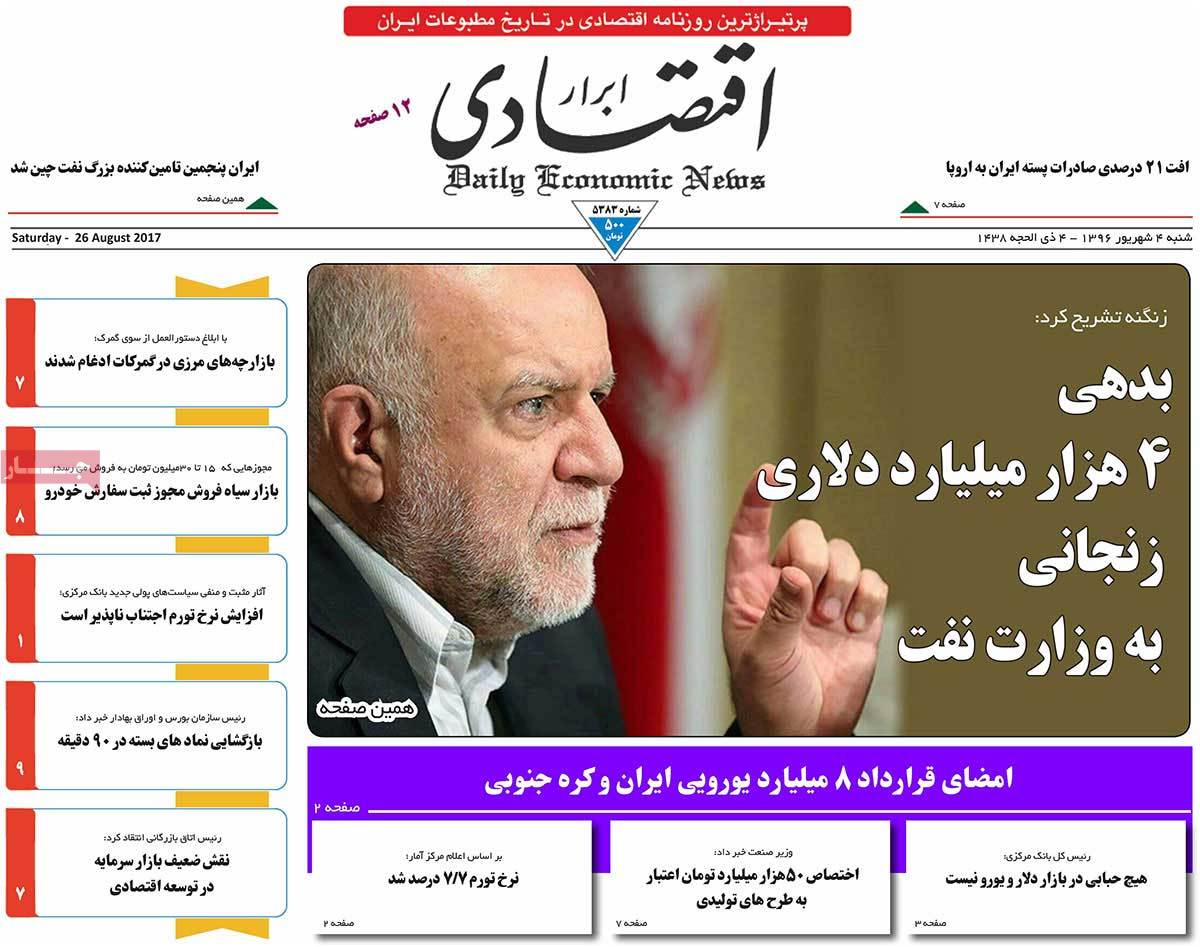 2- Muqtada Sadr: I Didn’t Coordinate My Saudi Visit with Iran

3- Zanjani Asks for MPs’ Mediation on Oil Debts to Ministry 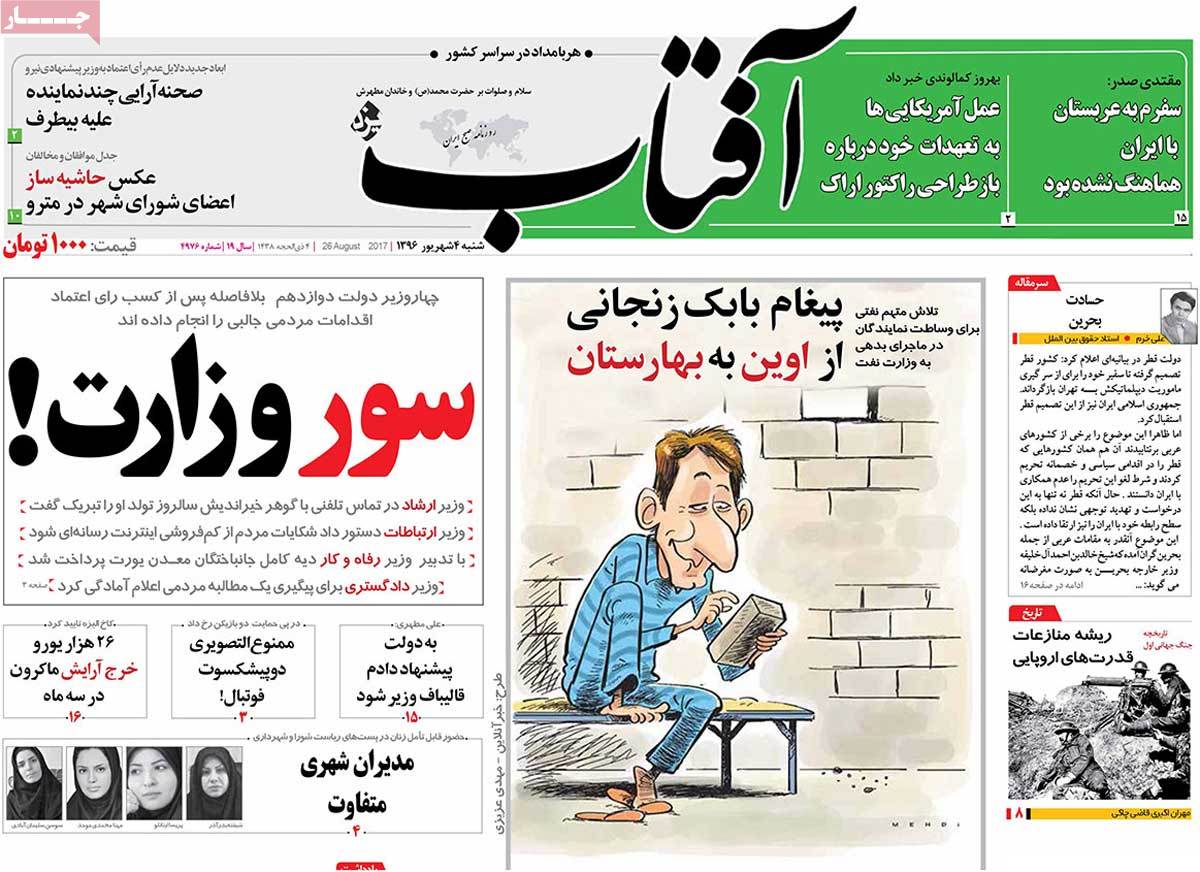 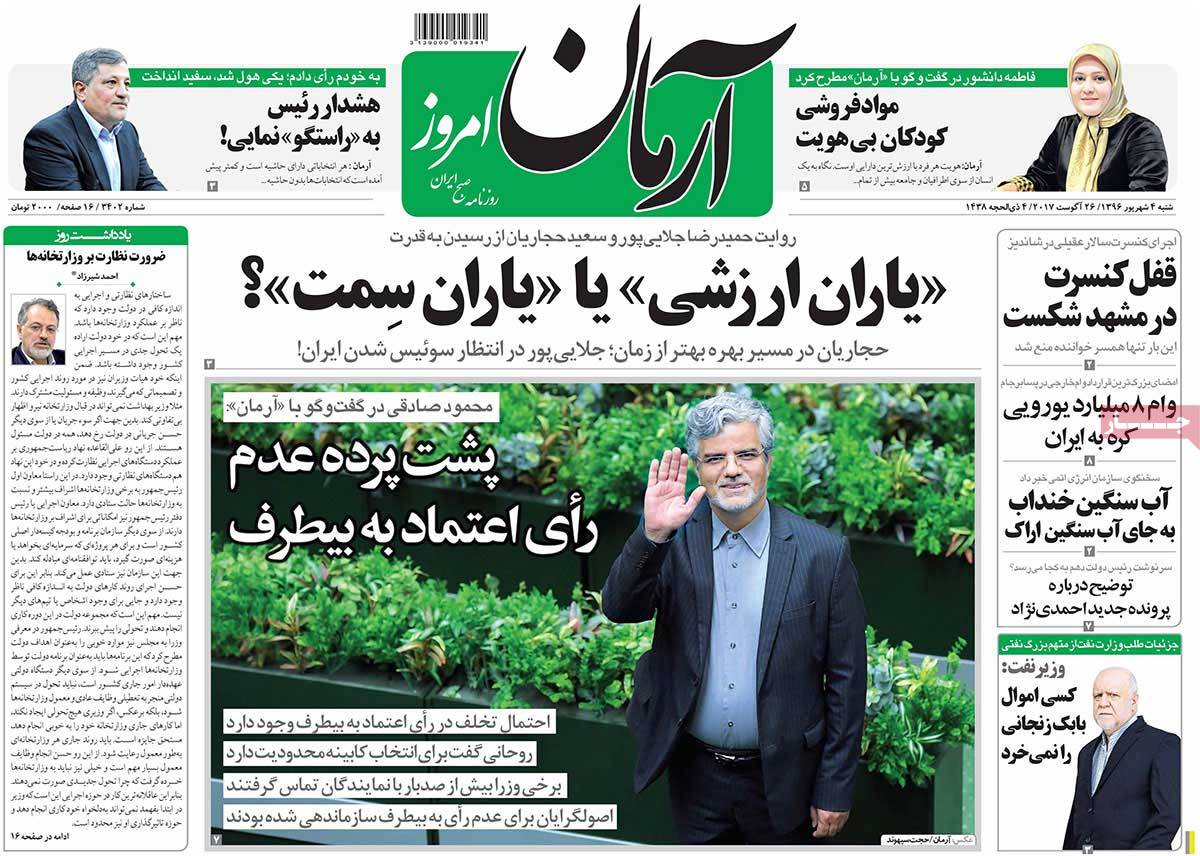 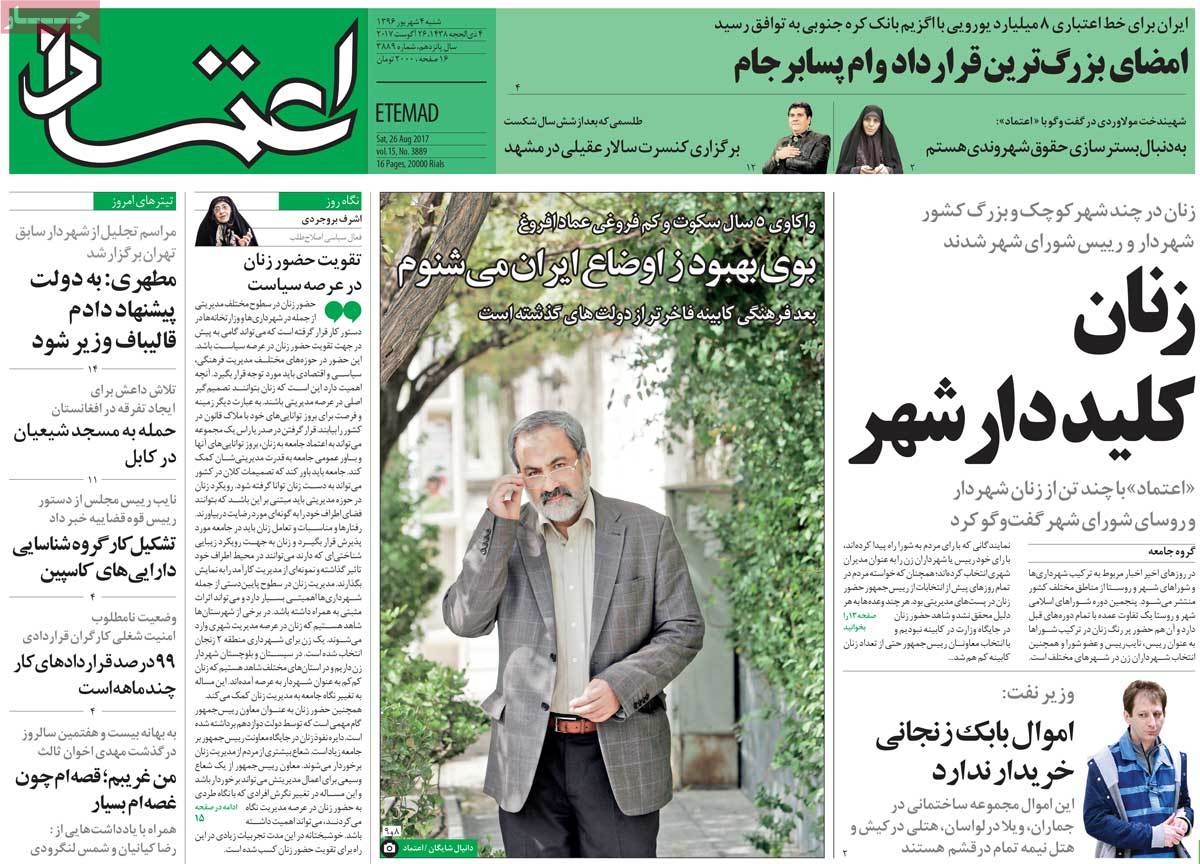 1- Zarif: We Need to Show Smart Reaction to US Violation of Commitments 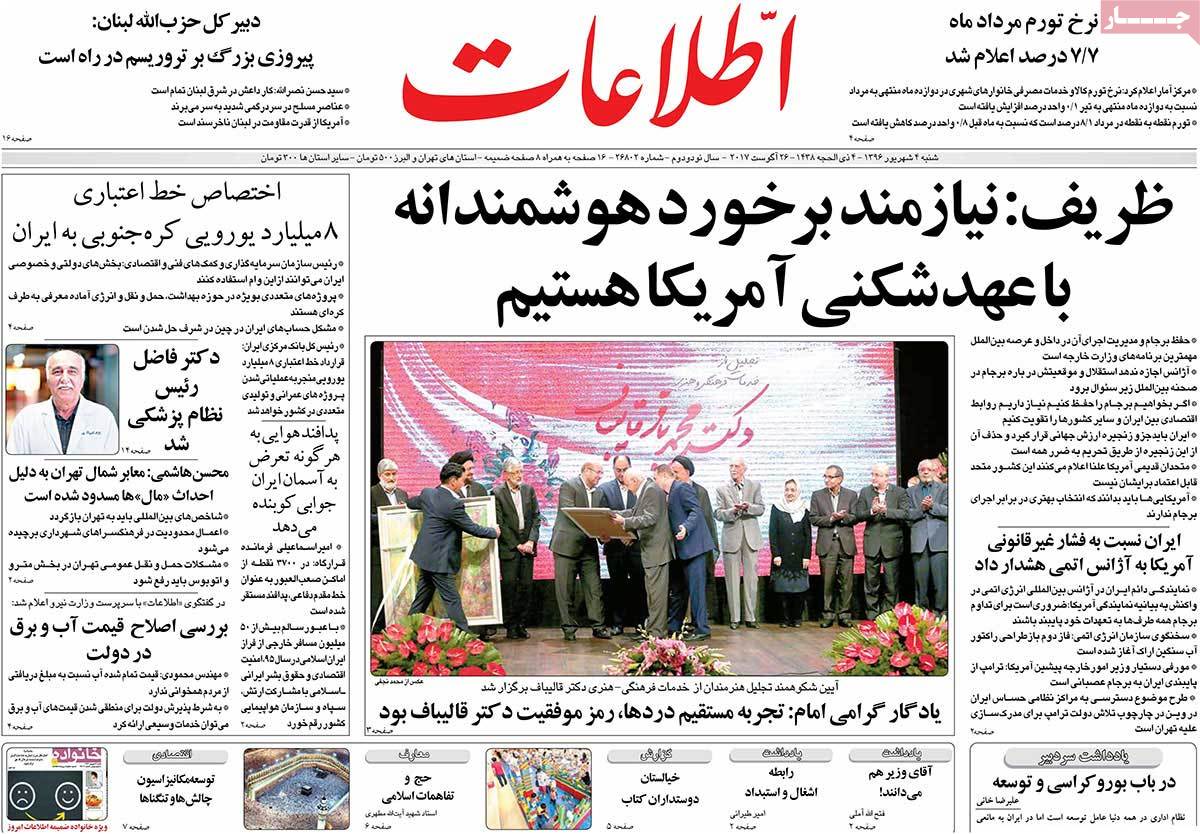 2- Apple in Puzzle of Sanctions!

3- Redundant Women! Women Football Teams Dissolved One after another 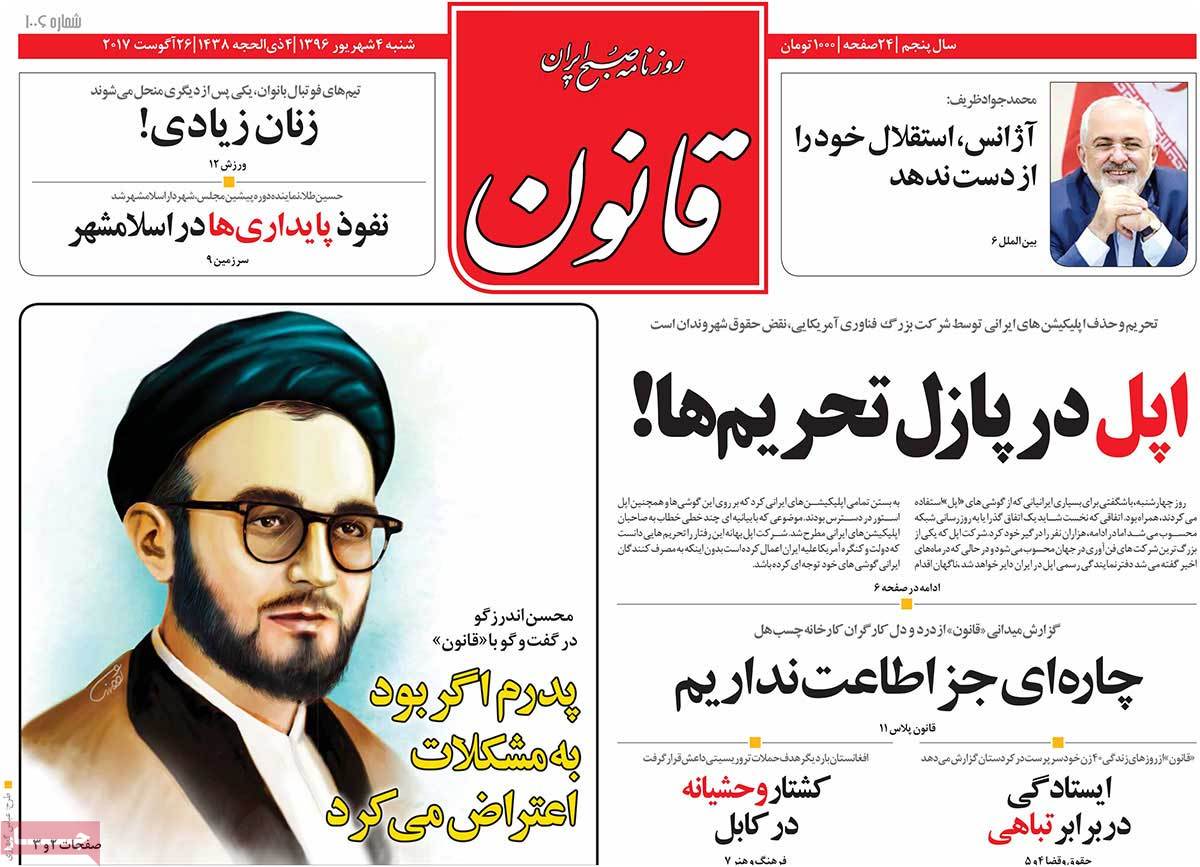 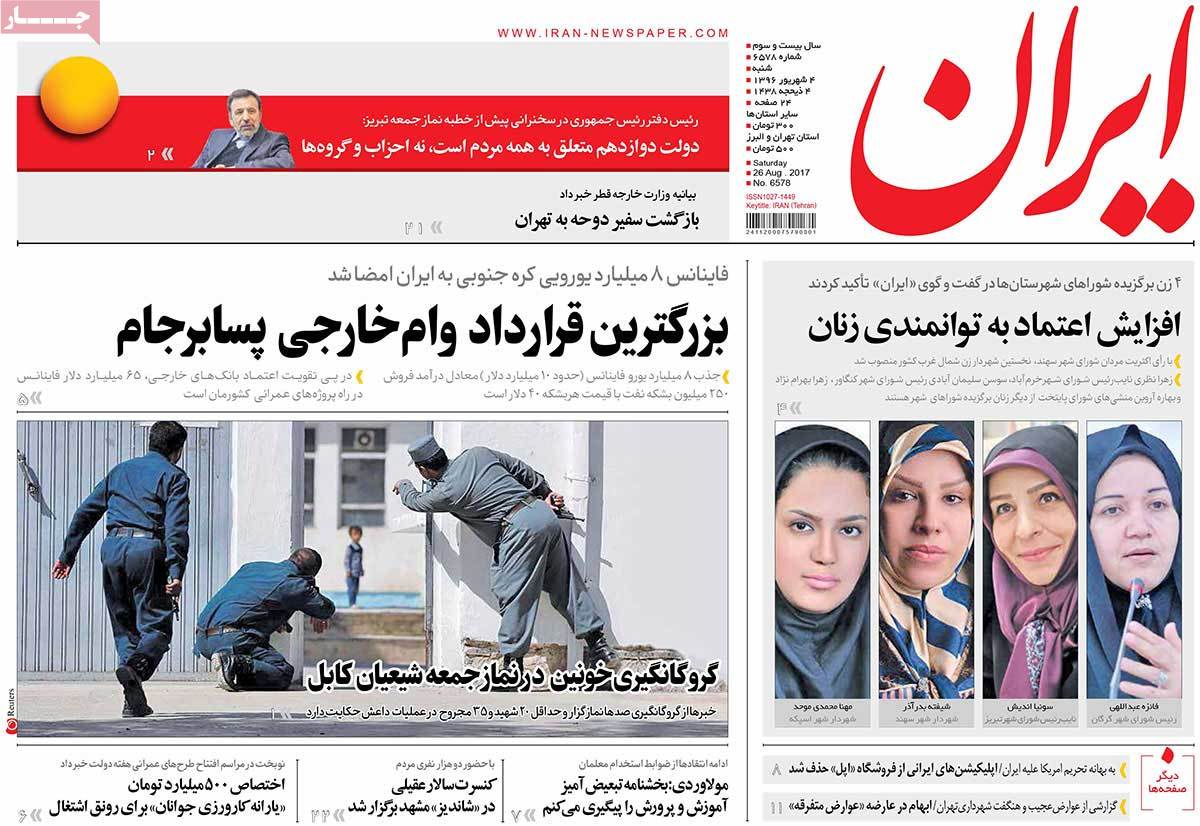 3- Using Apple Phones, US Says ‘No’ to Mother of Negotiations 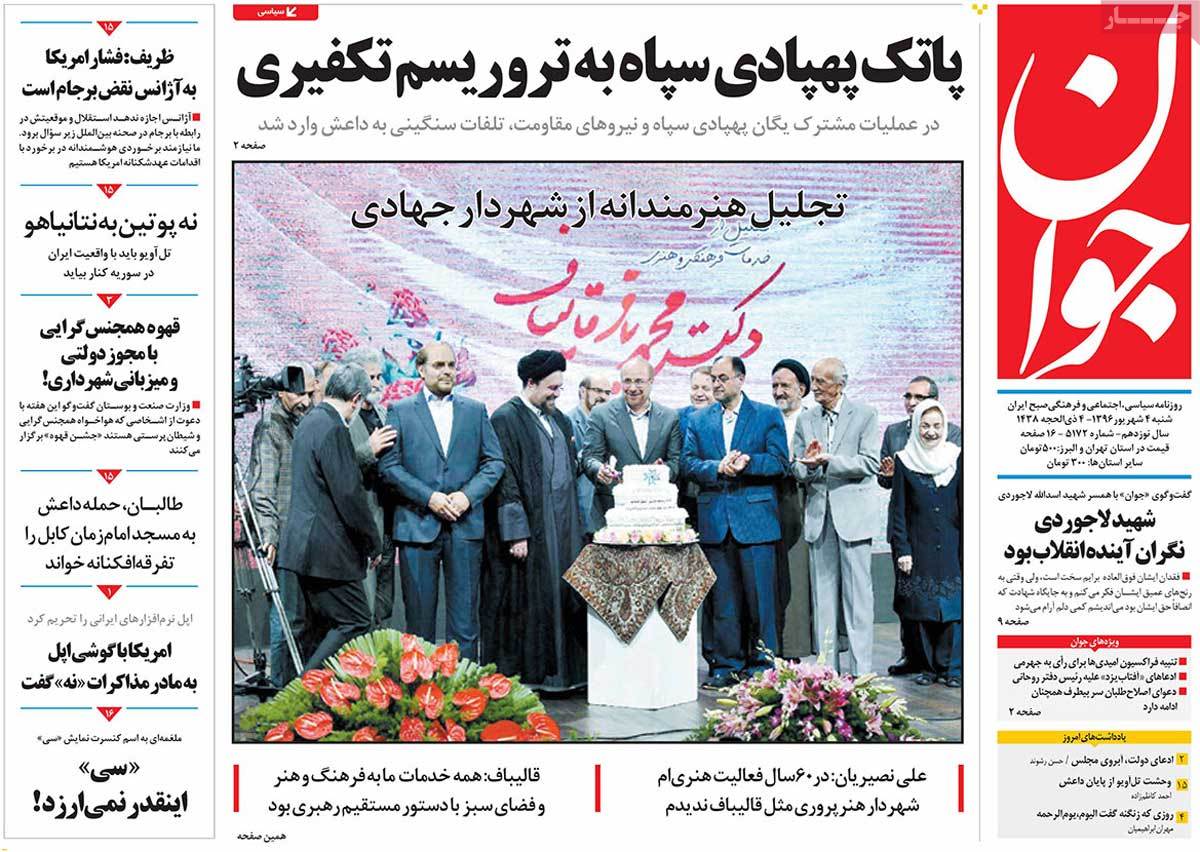 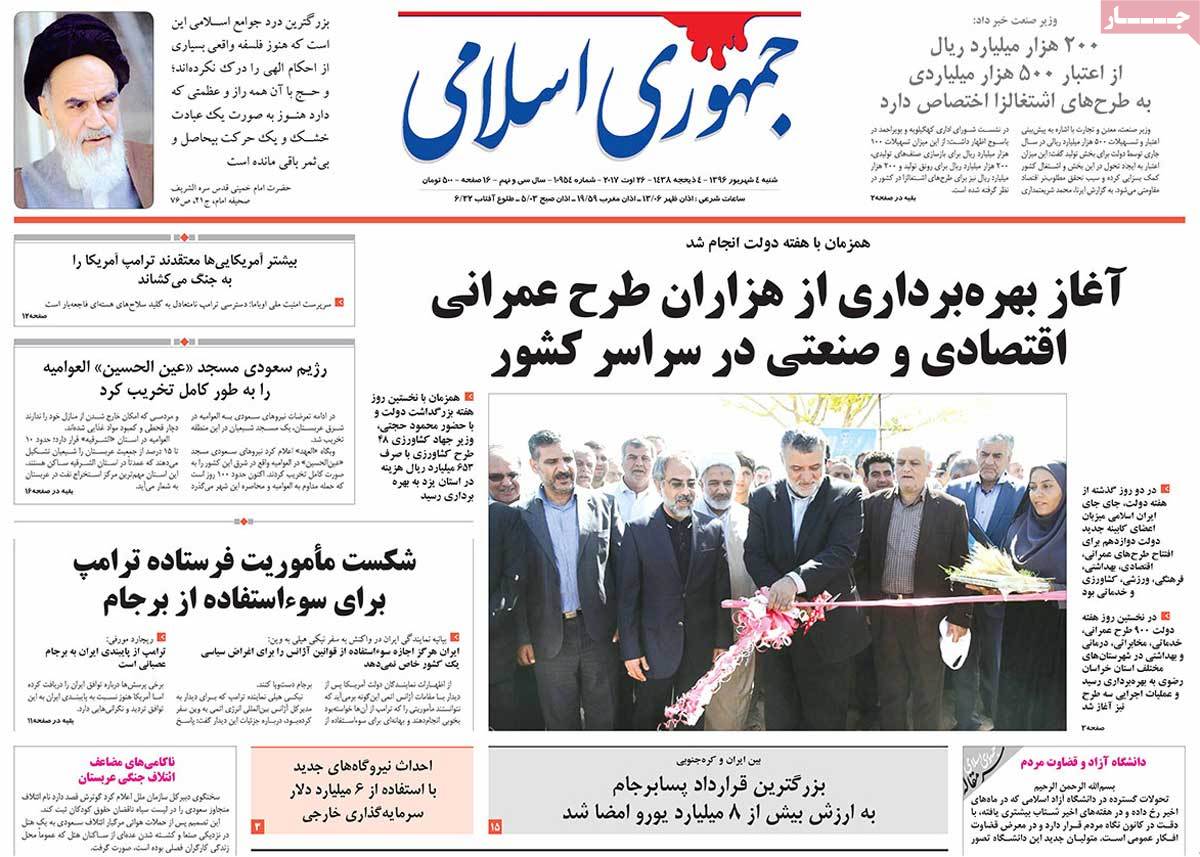 1- Iran Can Fully Meet Its Food Needs inside the Country: Official 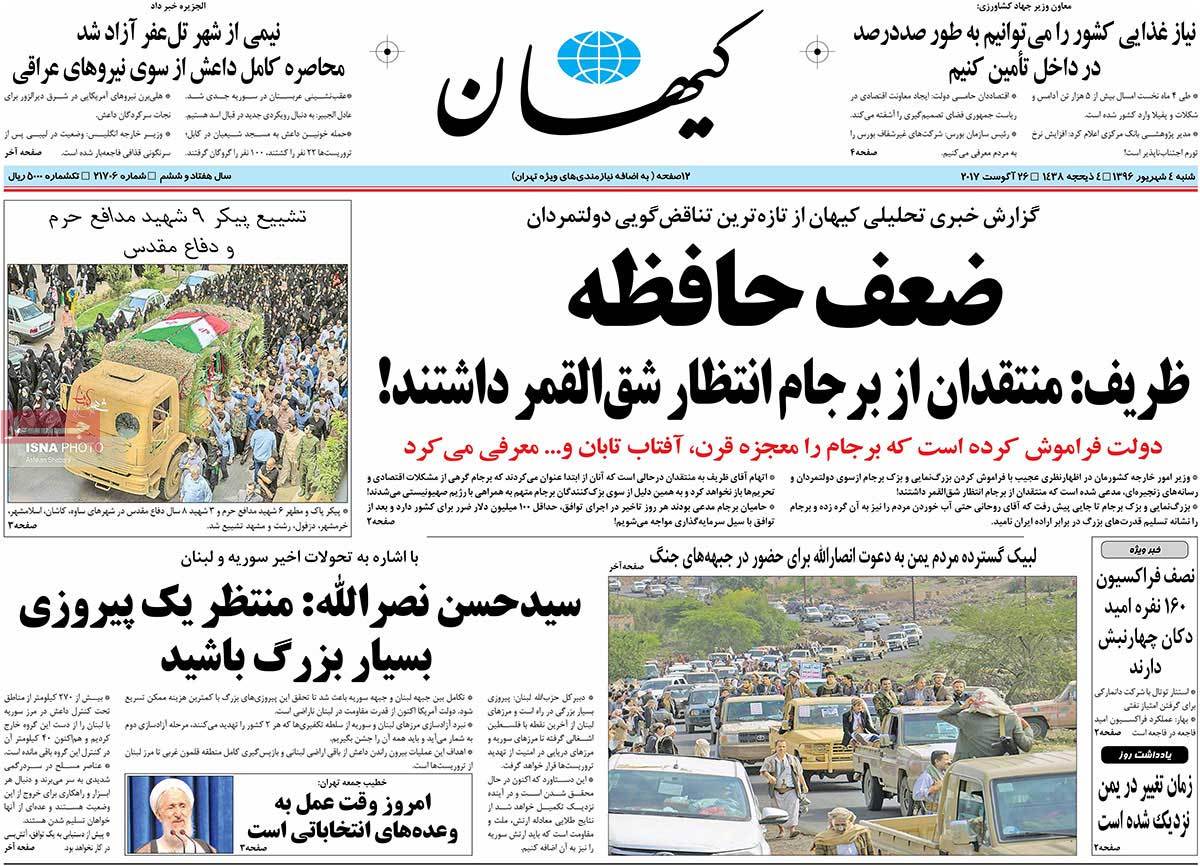 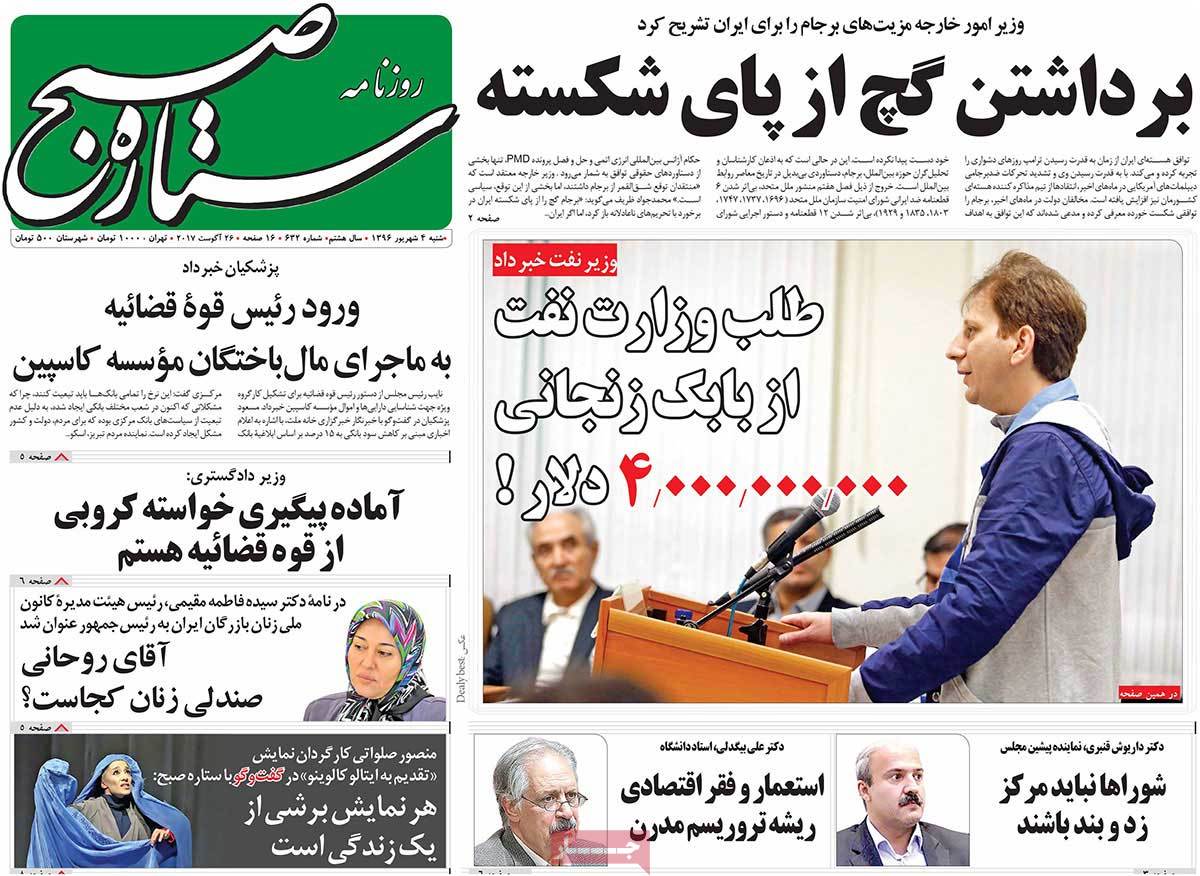 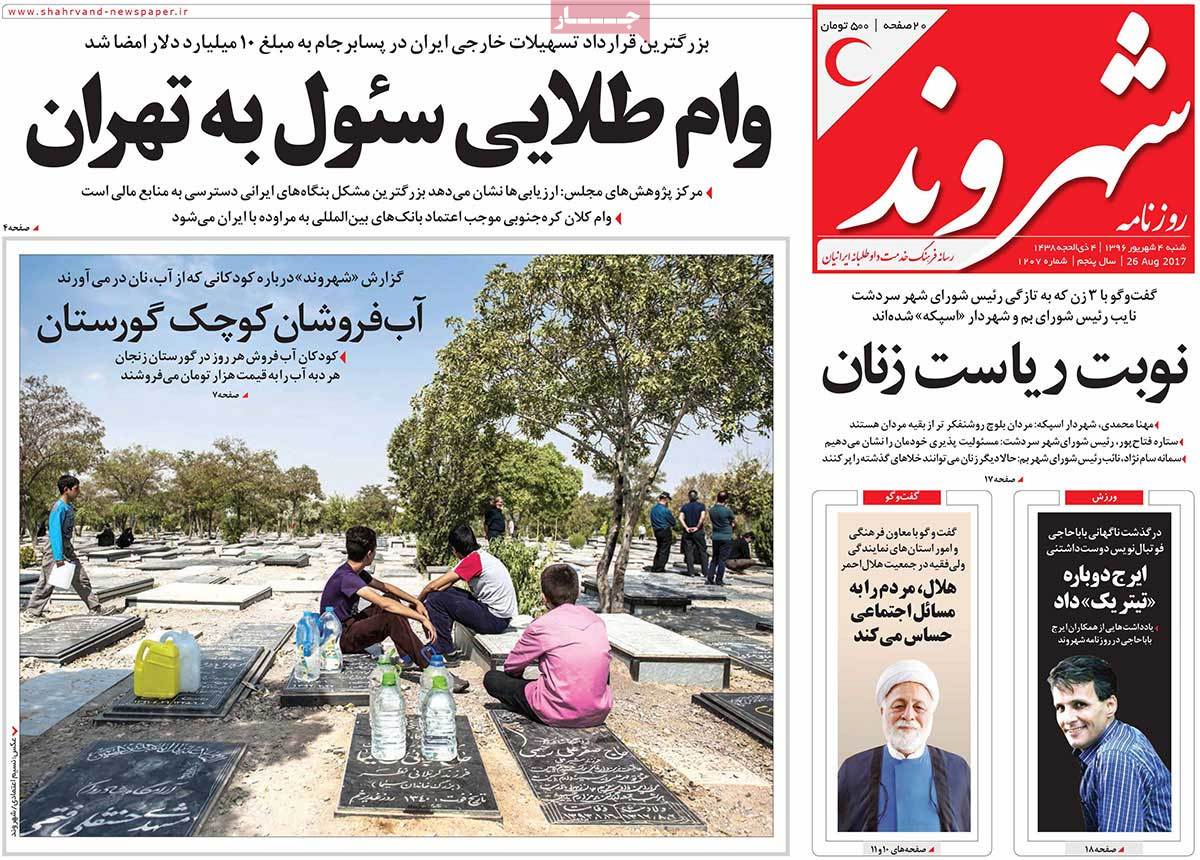 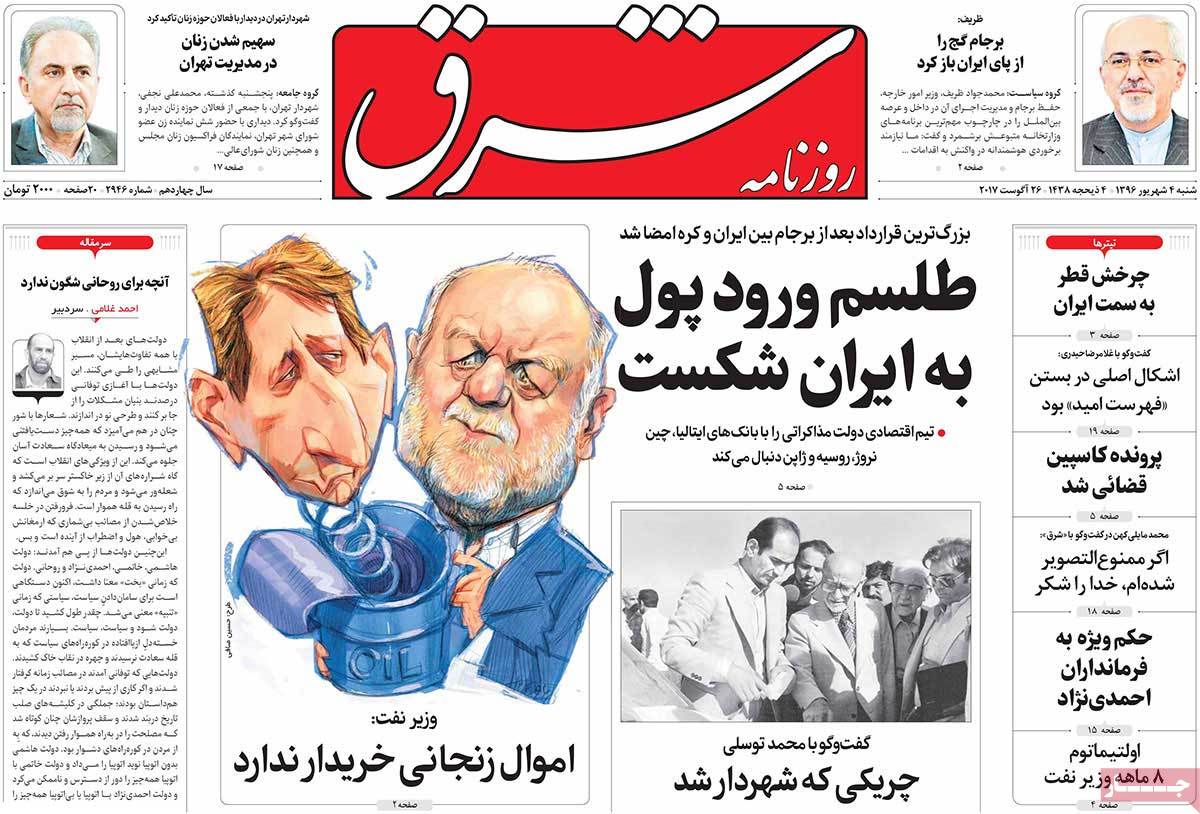