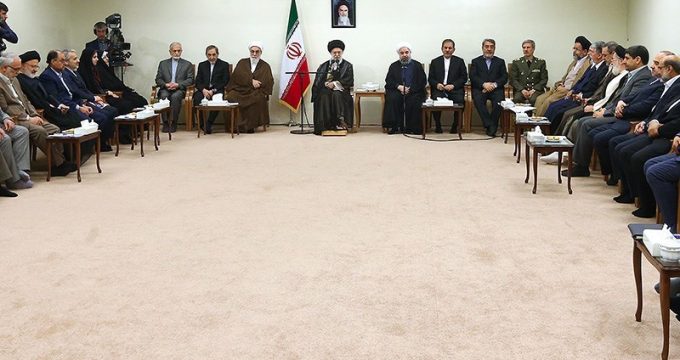 The meeting is on the occasion of the Government Week (August 23-30) marking the anniversary of the martyrdom of top Iranian government officials who were in office for less than a month.

On August 30, 1981, a bombing claimed the lives of top officials including the then president Mohammad Ali Rajaei and prime minister Mohammad Javad Bahonar.

President Rajaei’s government was only in office for 29 days.
Government Week is observed in memory of these men.

The terrorist organization Mojahedin-e Khalgh Organization (MKO) was responsible for the 1981 attack.

The MKO is also responsible for over 300 terror attacks against Iran.