A look at Iranian newspaper front pages on August 24

IFP – IFP has taken a look at the front pages of Iranian newspapers on Thursday, August 24, and picked headlines from 15 of them. IFP has simply translated the headlines and does not vouch for their accuracy.

The top story today was a letter by Iranian Foreign Minister Mohammad Javad Zarif to the Director-General of the International Atomic Energy Agency Yukia Amano and EU Foreign Policy Chief Federica Mogherini to warn them against the US pressure on the IAEA and the US Ambassador to UN Nikki Haley’s visit to Vienna in this regard.

Newspapers also covered the first session of new Tehran City Council, during which Mohsen Hashemi Rafsanjani and Mohammad-Ali Najafi were respectively elected as the head of City Council and the mayor of Tehran with unanimous votes.

4- Rouhani: Gov’t to Brief People on Its Services during Week of Government

2- MP: Rouhani’s Move to Appoint VP for Economy Not Appropriate

2- Ex-Minister: We’re Worried about Lack of Coordination in Economic Policies

1- American Protesters in Arizona: We Won’t Stop until Trump’s Removal

1- Advocates of Unity: From Municipality to Government

3- Many Opportunities for Economic Reform Missed in Past 4 Years: Ex-Minister 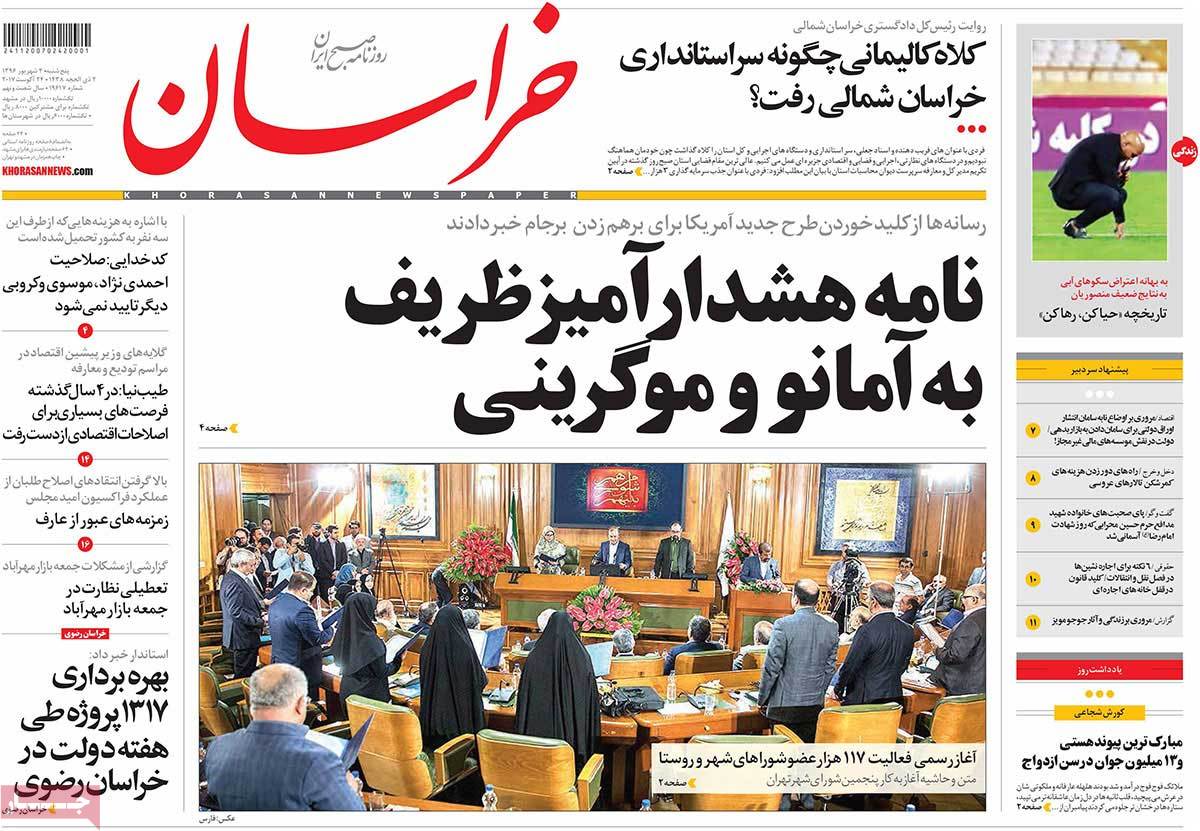 1- On Haley’s Vienna Visit; Will IAEA Give in to US?

2- Outspoken MP Calls on Rouhani to Declare His, His Children’s Assets 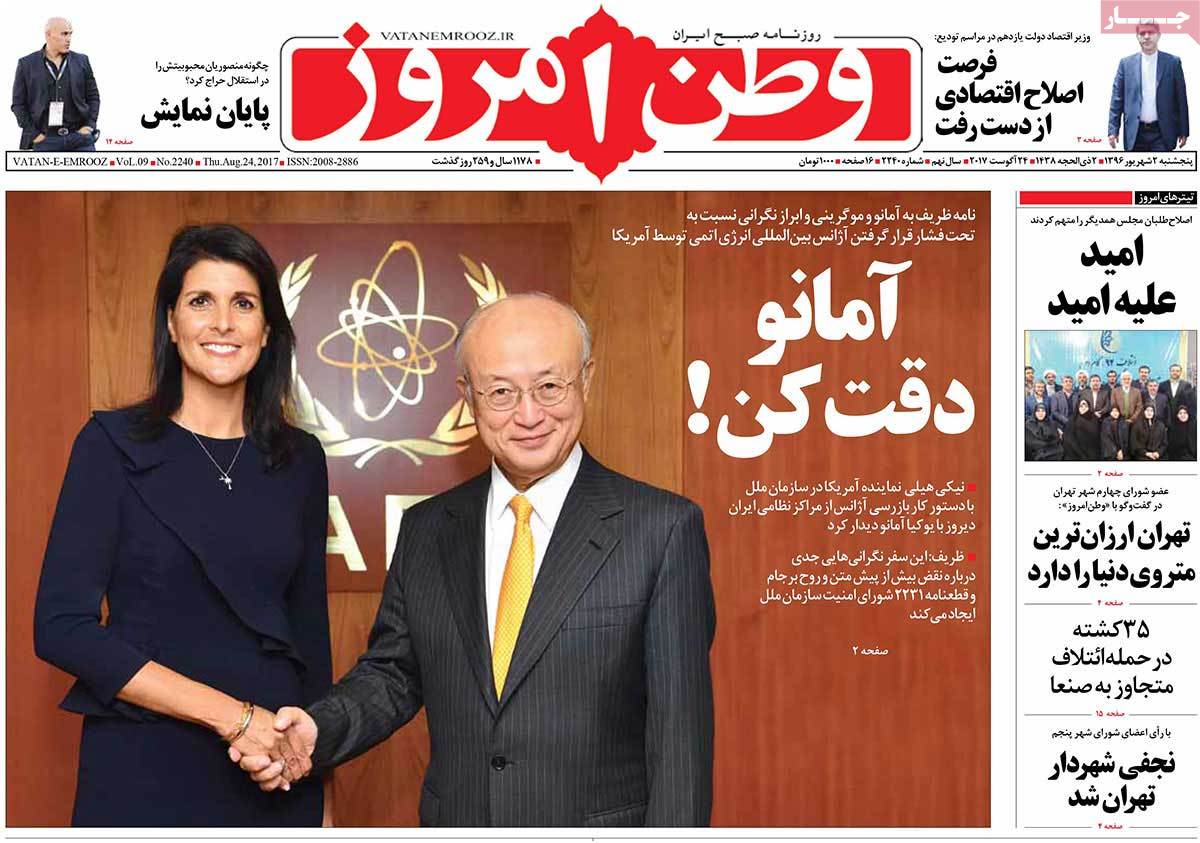