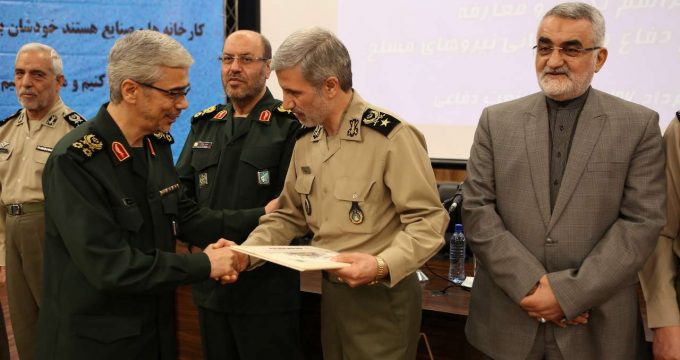 The Defense Ministry will throw its weight behind the axis of resistance, particularly Commander of the IRGC Quds Force Major General Qassem Soleimani, the new minister said in a ceremony in Tehran on Tuesday.

He also stressed that the ministry will keep providing full support for the IRGC, the Army, and the Police in various areas, such as air defense, missile industry, naval programs, and border control.

The general added that he has devised programs to boost the country’s defense power during his 4-year term.

Brigadier General Hatami has replaced Brigadier General Hossein Dehqan. The new minister won the highest number of votes in a parliamentary ballot for the vote of confidence for President Rouhani’s 17 ministerial picks.