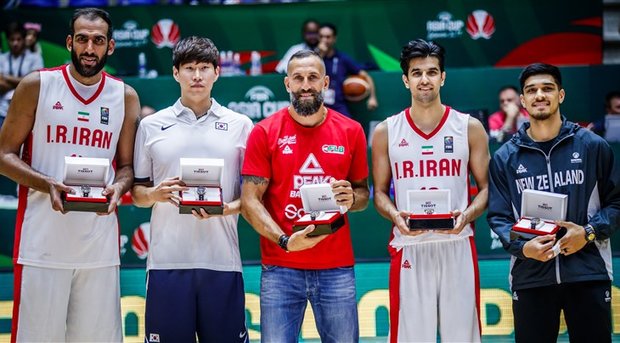 Despite Iran’s efforts to crown the tournament, it was Australia who became the first-ever FIBA Asia Cup champions after pulling out a 79-56 win in Sunday’s Final in Beirut.

The Oceanian side took an early 12-2 lead in the tough encounter paving its path for winning the title.

Iran’s Hamed Haddadi was named the tournament’s MVP (Most Valuable Player) and headlined the All-Star Five along with his compatriot Mohammad Jamshidi as well as with Shae Ili of New Zealand, Korea’s Oh Sekeun and Lebanon’s Fadi El Khatib.

Earlier on Sunday, Korea breezed past New Zealand 79-56 to stand on the third podium.