A Look at Iranian Newspaper Front Pages on August 20

Iran Front Page- IFP has taken a look at the front pages of Iranian newspapers on Sunday, August 20, and picked headlines from 12 of them. IFP has simply translated the headlines and does not vouch for their accuracy.

Almost all newspapers highlighted the Iranian Parliament’s Sunday session to give vote of confidence to the ministerial nominees proposed by President Hassan Rouhani.

Many papers also covered the election of Mohsen Hashemi Rafsanjani as the head of Tehran City Council.

1- Countdown for Operation to Liberate Iraq’s of Tal Afar 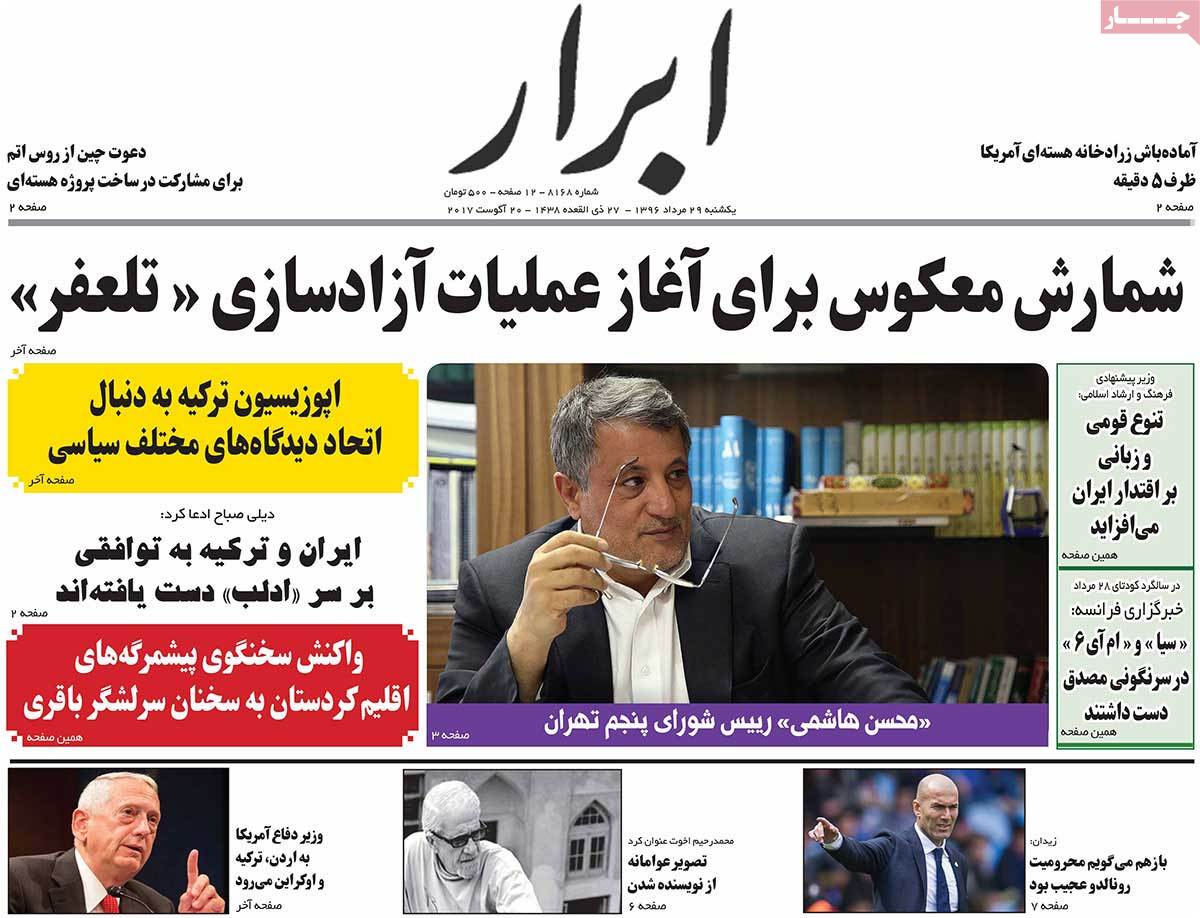 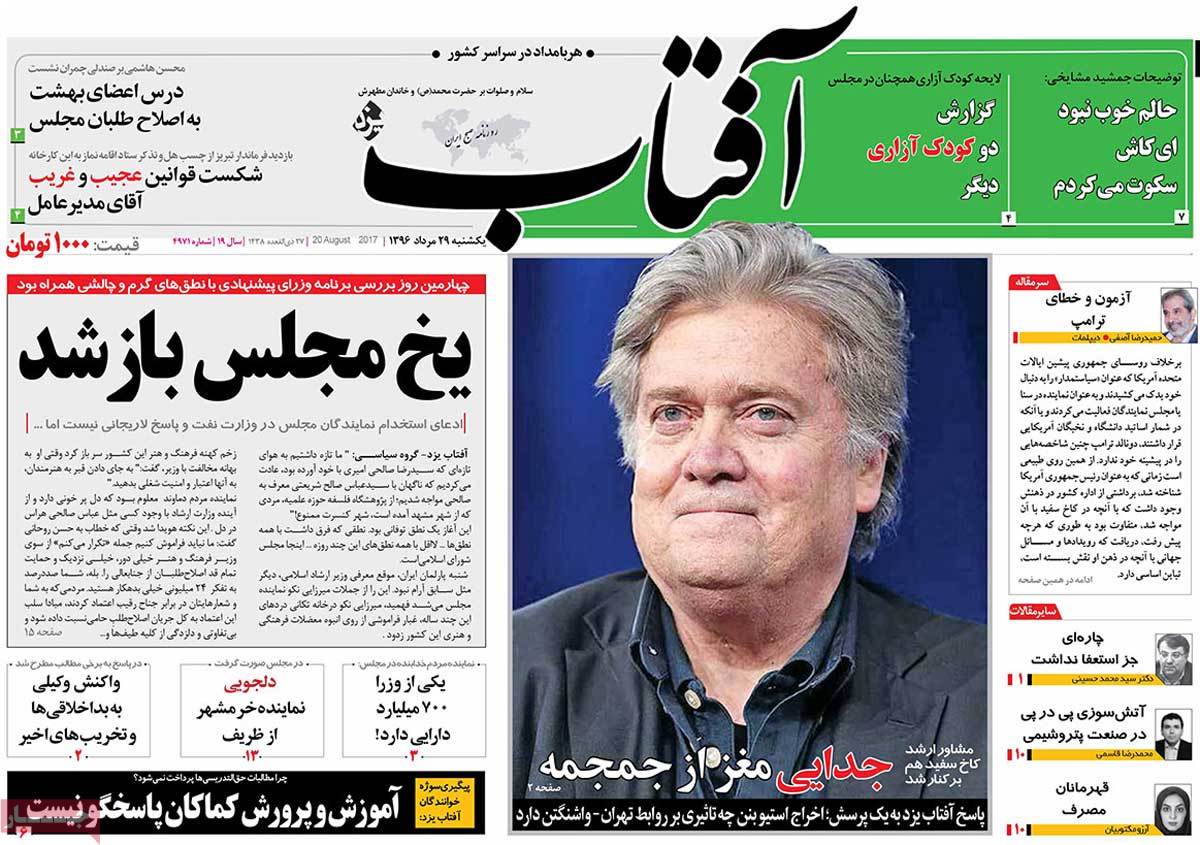 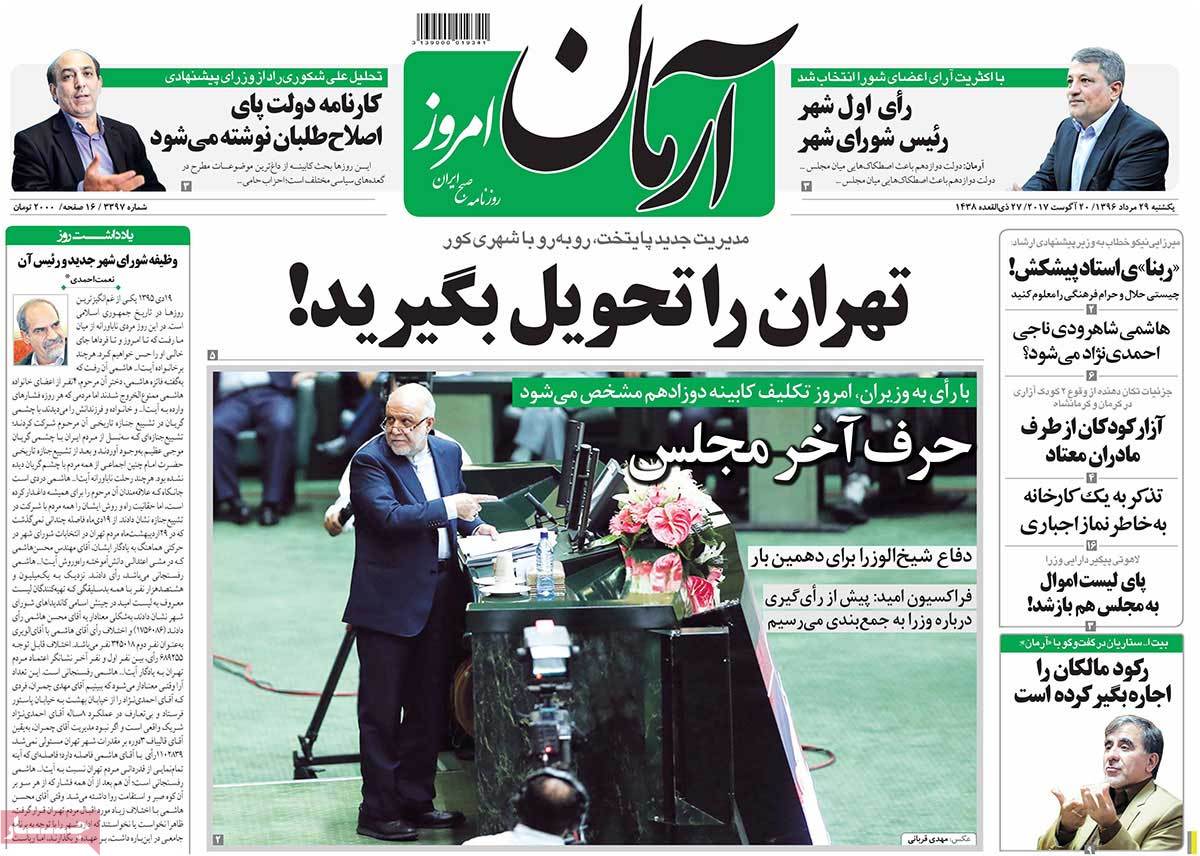 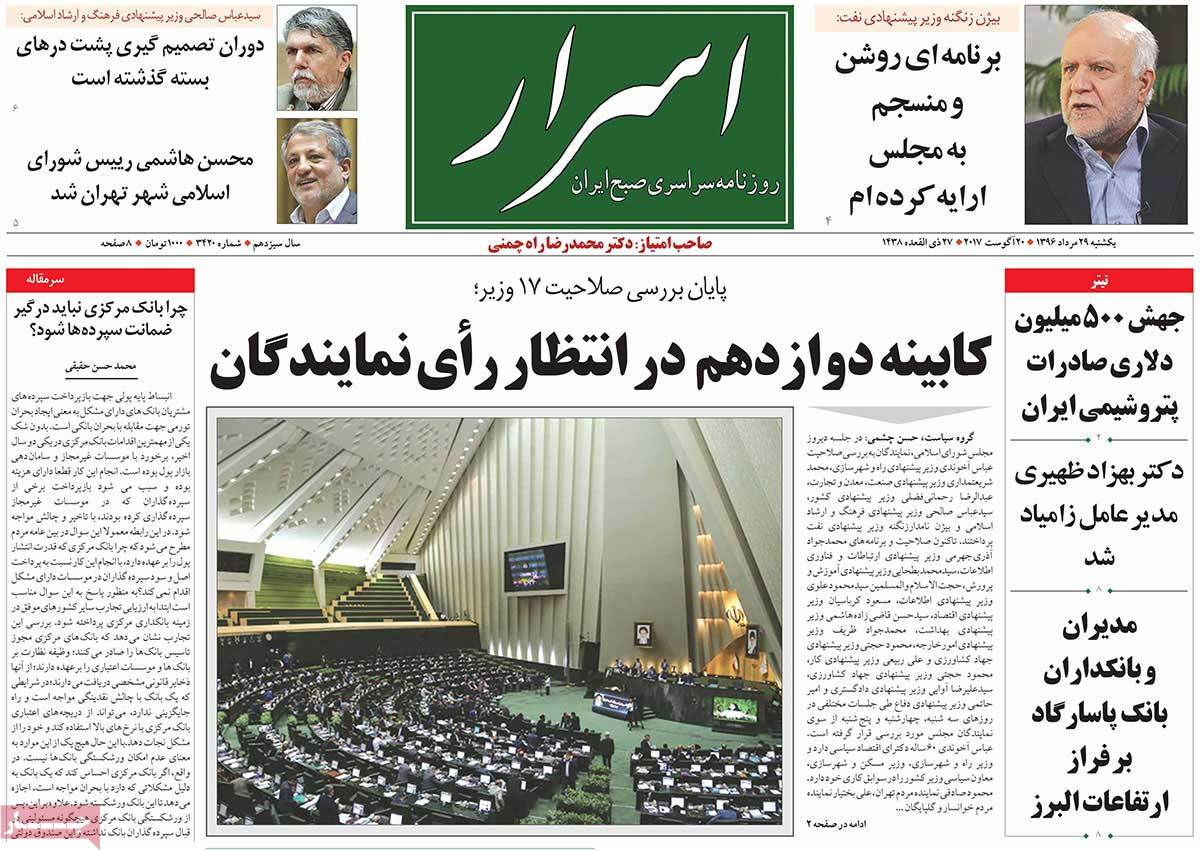 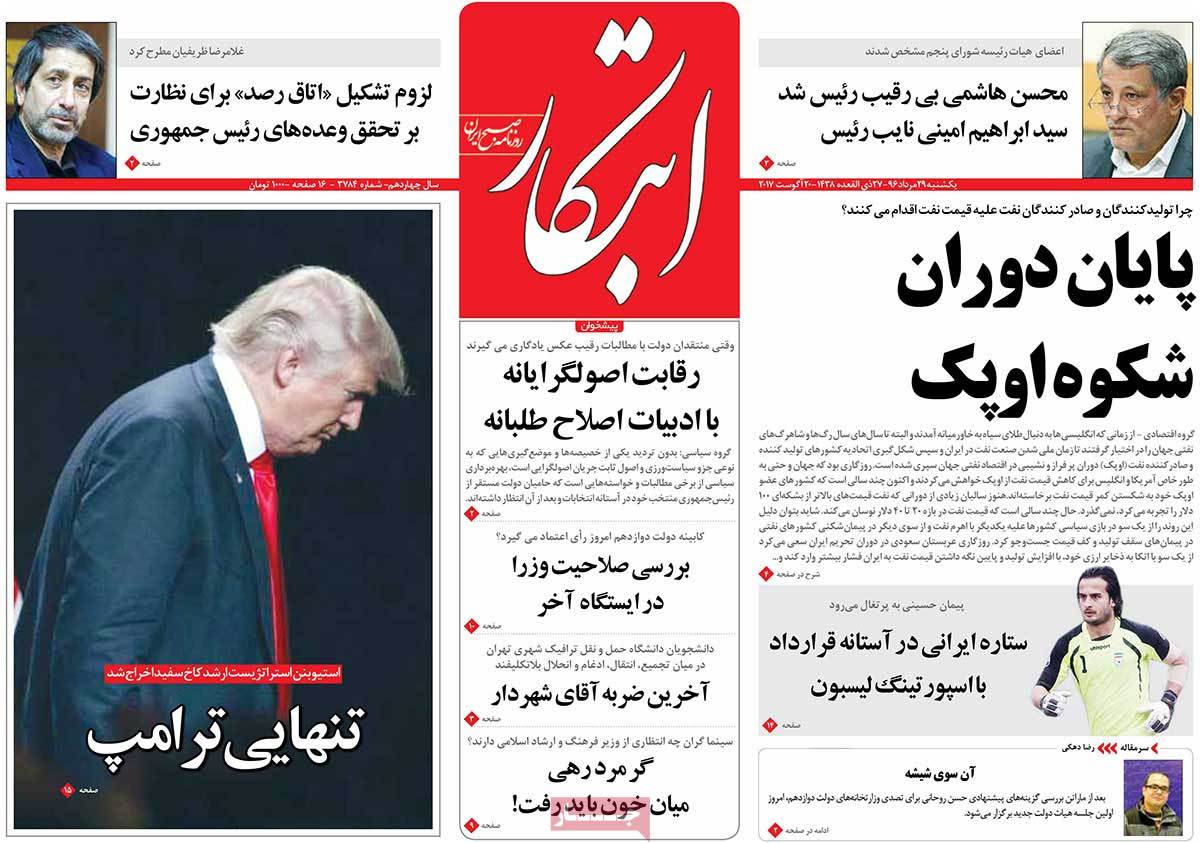 2- Minister: Int’l Science Award for Women to Be Given in Name of Maryam Mirzakhani 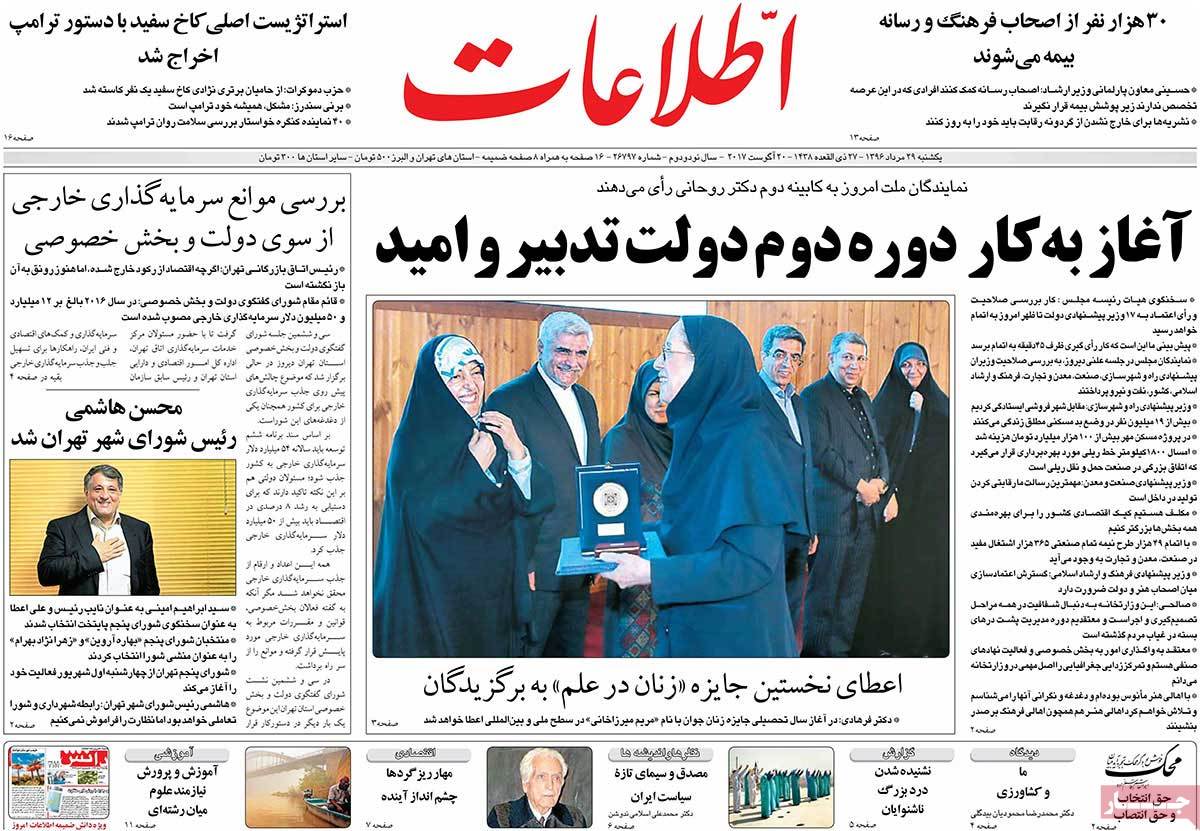 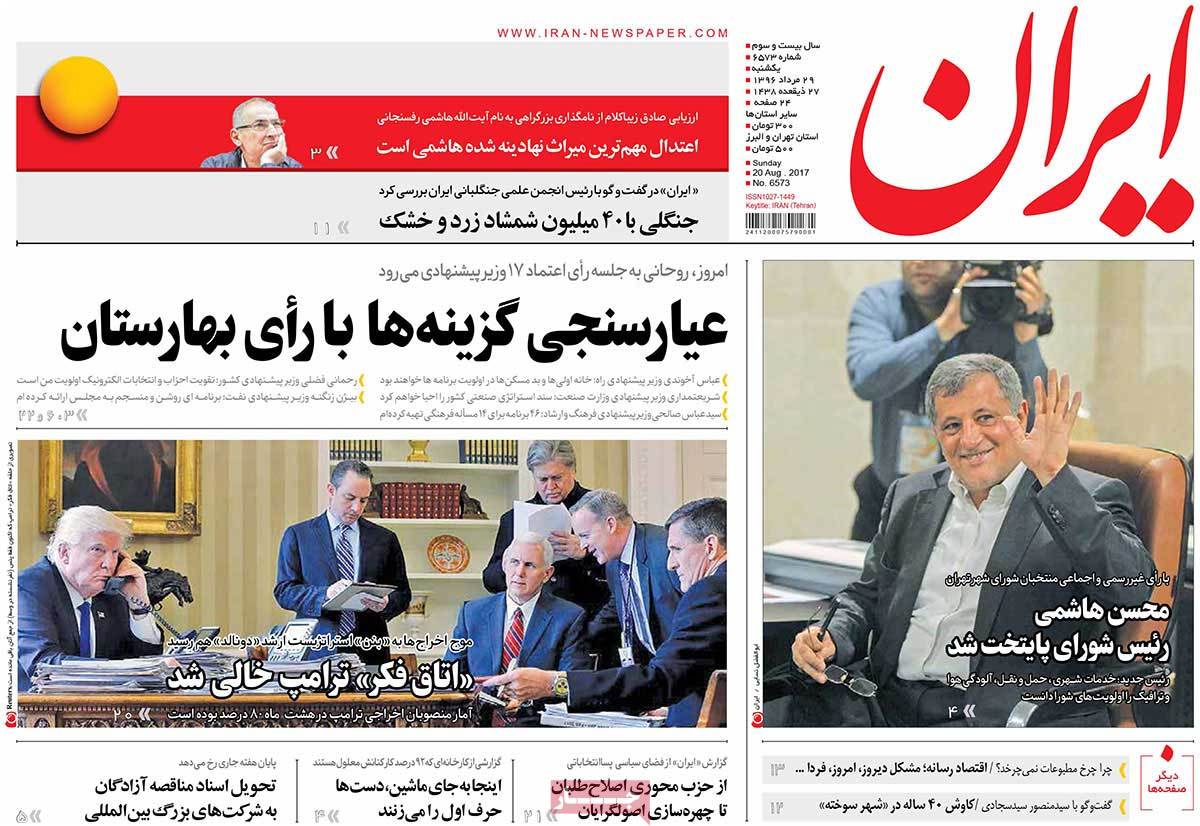 1- Lawmakers Smile at Promises Made by Ministers

2- Then No One Was Left: Bannon Resigns as 14th US Official in Less than 7 Months 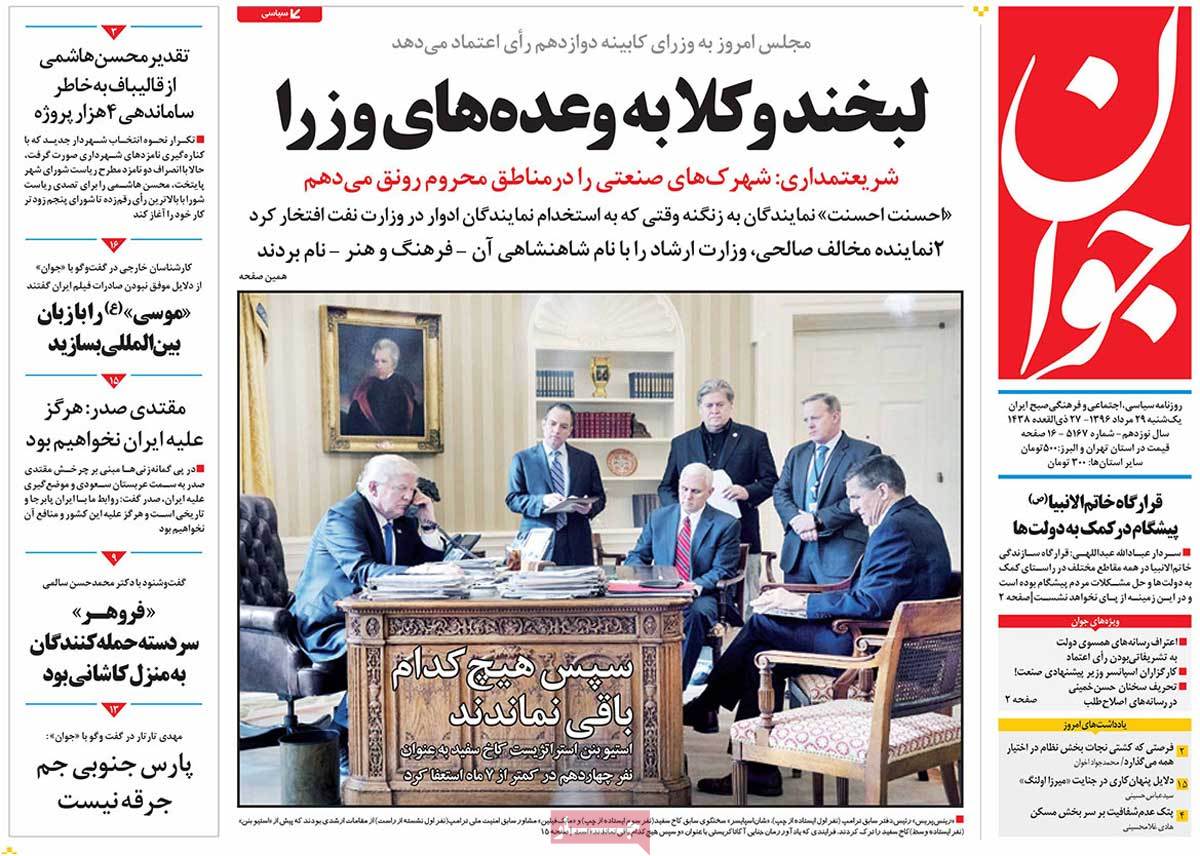 1- Russian Envoy to Tehran: Moscow to Back Tehran in Case of US Violation of JCPOA

3- ISIS Commander, His Forces in Syria Surrender Themselves to Hezbollah 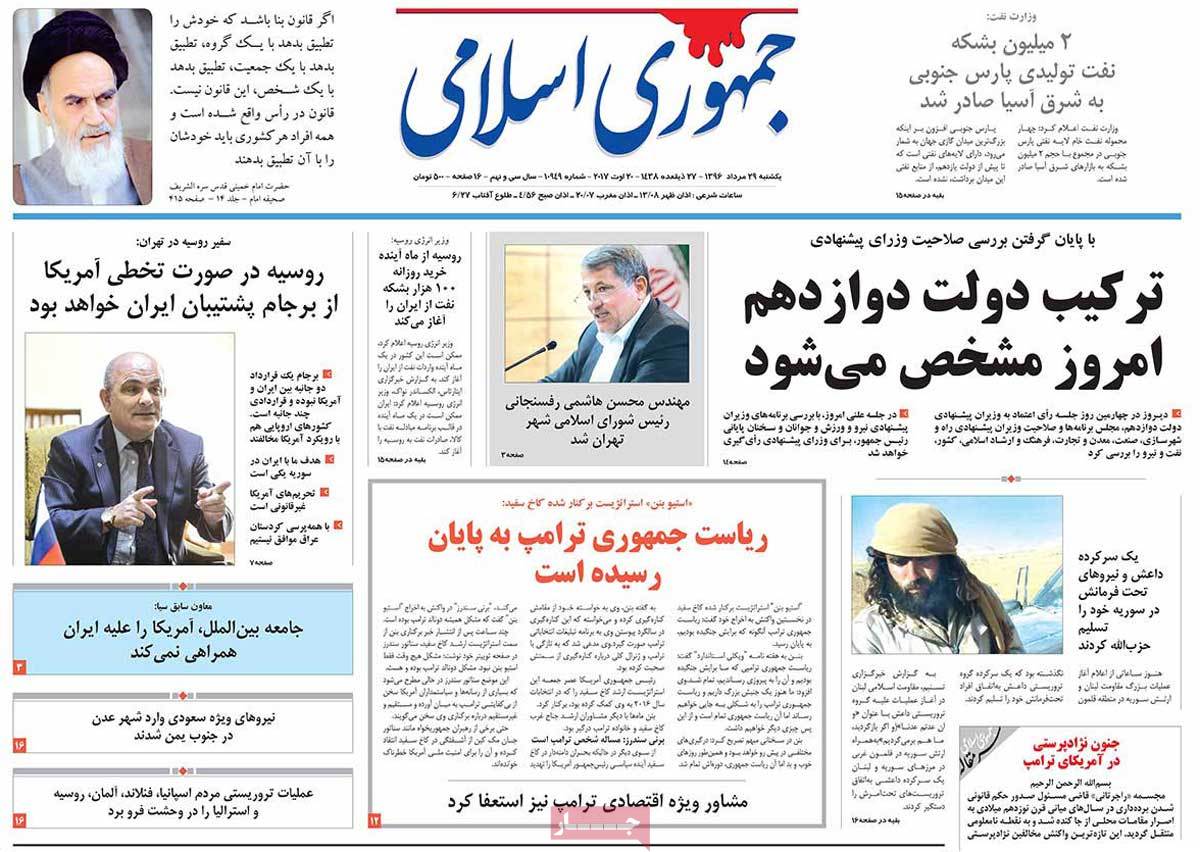 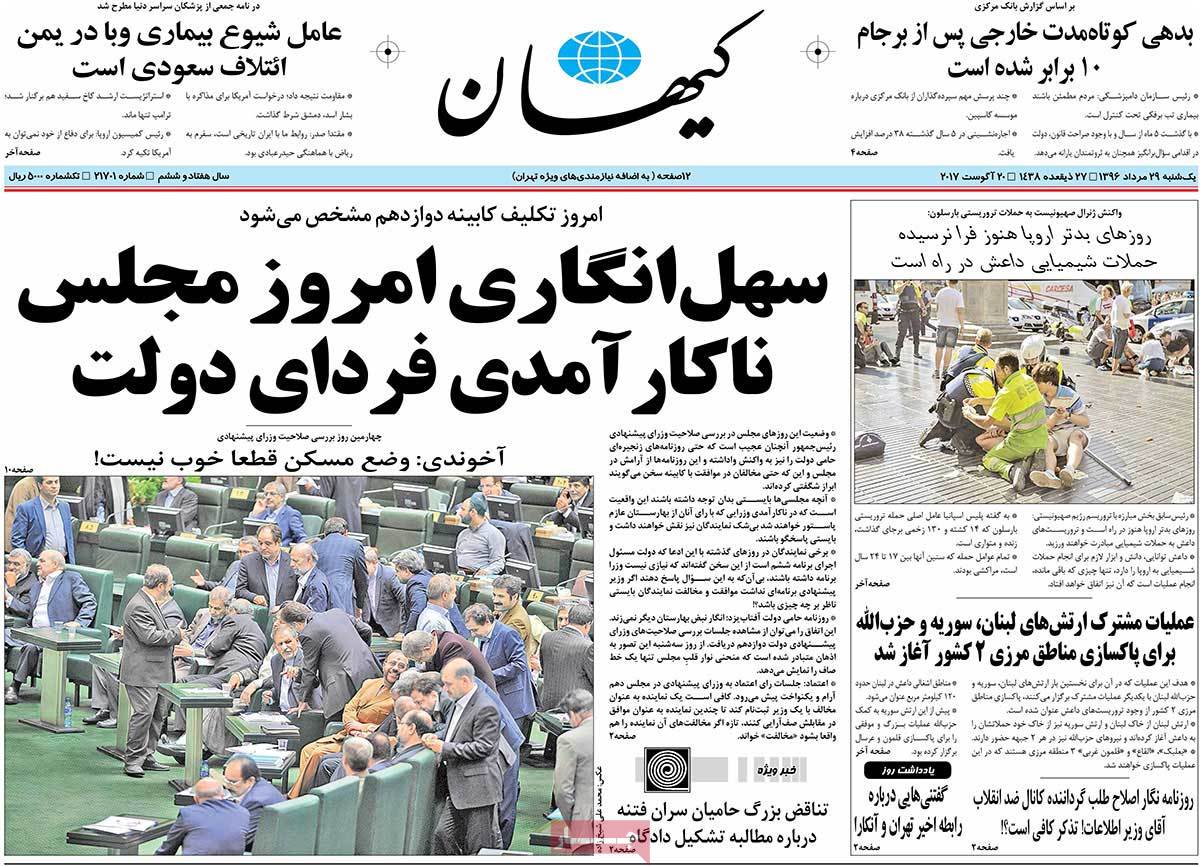 1- Iran Is Where Culture Can Be Globalized: Proposed Culture Minister 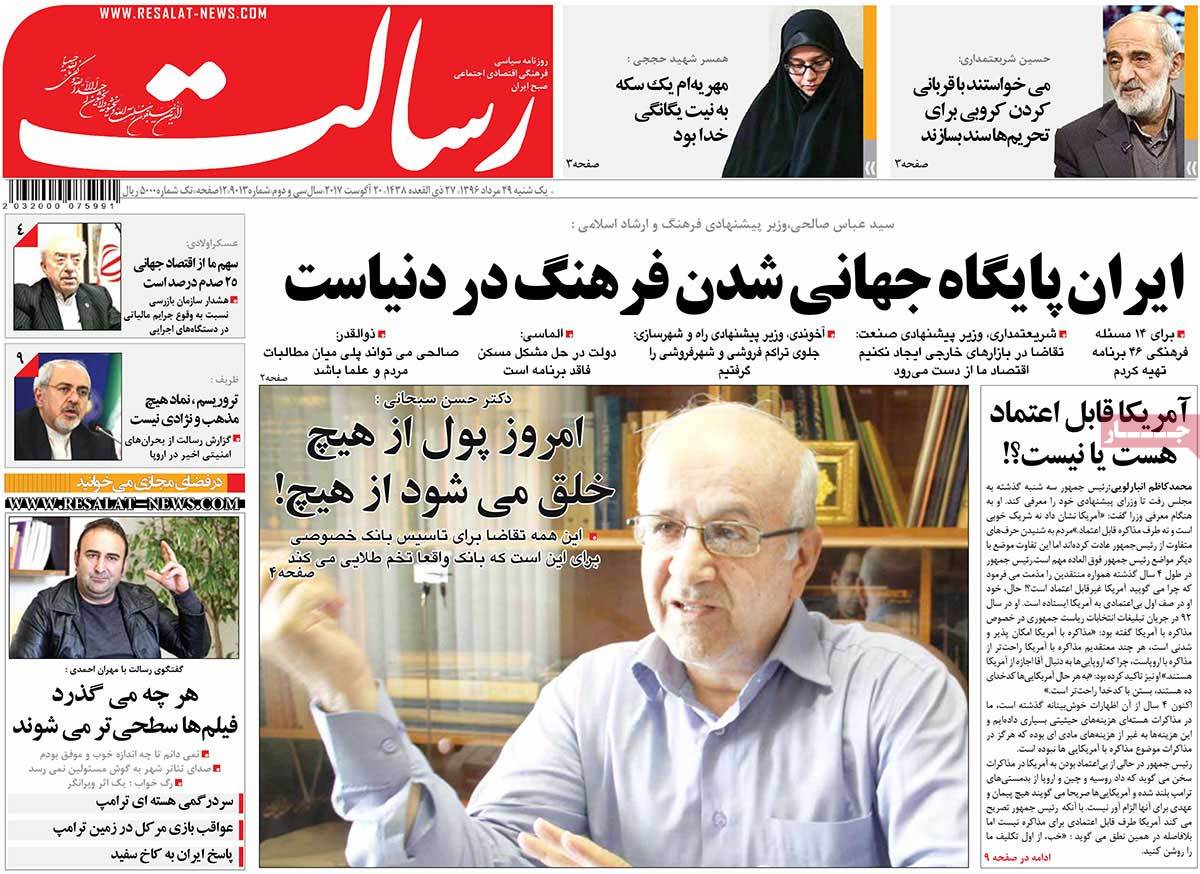 2- Interview with Champion of Iran Women’s Motorcycle Racing: I Struggle for Women 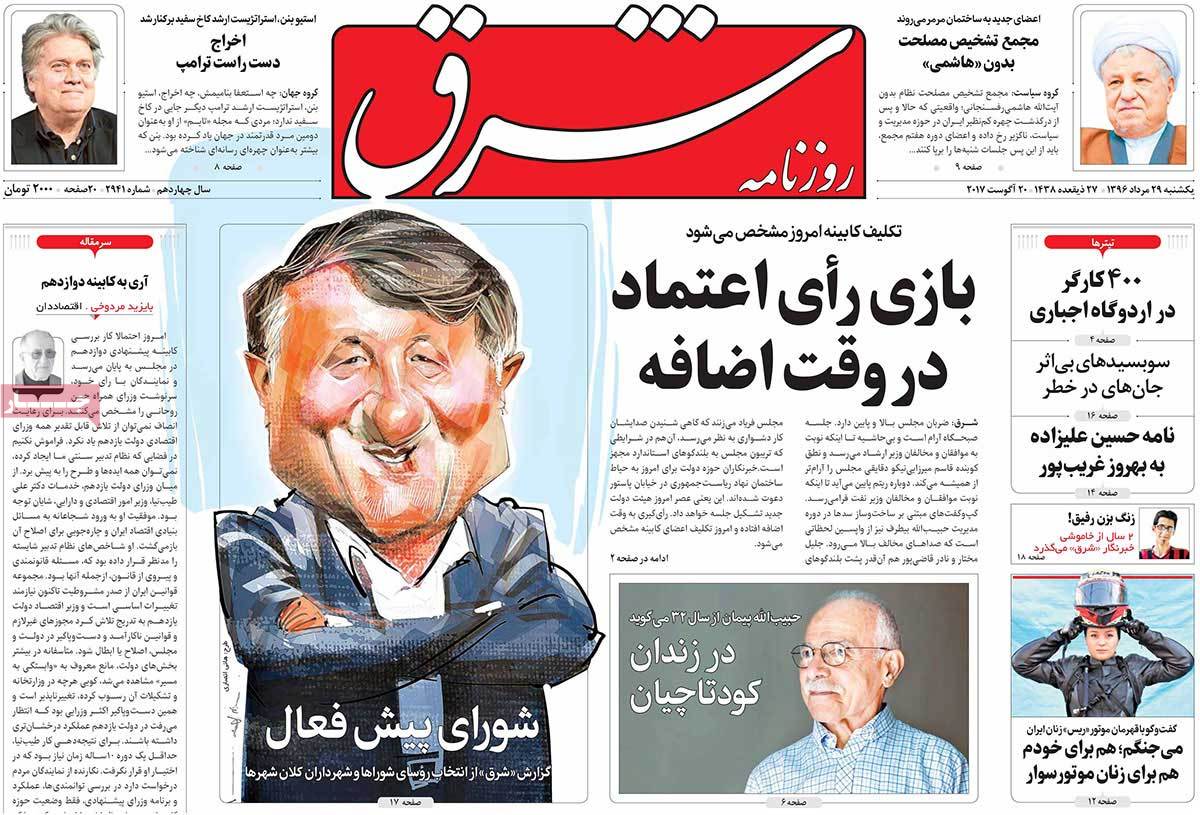