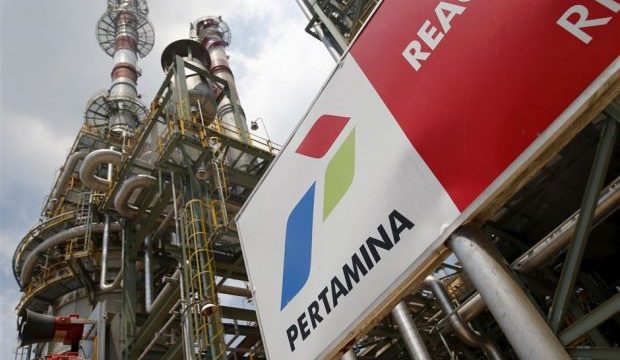 The company’s CEO Elia Massa Manikis says the two oil fields can produce 250,000 barrels per day, depending on the results of the exploration.

Pertamina is looking for an Iranian partner, he said, adding the Indonesian company will focus on one oil field first and the second one will be developed later after the exploration of the first field is complete.

“Negotiation process is ongoing. We will have to partner with a local company in Iran. We are open to partnership,” the Indonesian weekly magazine Tempo quoted him as saying.

Massa said he is confident Pertamina can boost recovery from the fields. “We have asked through the Coordinating Minister for Economic Affairs Darmin Nasution to accelerate exploration,” he said further, according to the publication.

Pertamina has an ambitious plan to invest in Iran’s oil and gas projects, citing the country as one of its priorities.

The company imported its first shipment of liquid petroleum gas from Iran late last year after agreeing to purchase 600,000 tonnes of LPG from NIOC.

With sanctions lifted on Iran’s oil, Tehran plans to add 700,000 bpd to its overall production capacity which it sees to hit 4.7 million bpd by 2021.

Asian and European companies are negotiating participation in Iran’s oil and gas development projects which need $200 billion worth of investment, according to Minister of Petroleum Bijan Zangeneh.

In July, French energy giant Total became the first foreign firm in more than a decade to sign a multi-billion-dollar gas deal with Iran to develop Phase 11 of South Pars offshore field.

The oil fields in West Karoun, namely Yadavaran, Azadegan and Yaran, are the top priority projects for development.

NIOC Managing Director Ali Kardor says he expects the contractor for the development of Azadegan to be decided by early next year from a pool of at least 10 bidders.

In an interview with Kyodo News agency, Kardor cited Japan’s Inpex, Total, Royal Dutch Shell, Malaysia’s Petronas, China National Petroleum Corp., Italy’s Eni and BP among the major companies which have expressed a desire to participate in the tender.

Kardor said NIOC will soon provide all necessary data about Azadegan oil field to the interested firms, adding it will take about six months to gather technical and financial proposals from all applicants and evaluate them.

With the Trump administration trying to dissuade international companies from trading with Iran, Tehran wants foreign firms to form consortiums as a hedge against possible sanctions.

The field had initially been awarded to Inpex but the company quit the project in 2010 due to US sanctions on the Islamic Republic.

The largest Japanese upstream company announced in May that it would consider bidding for Azadegan, saying it was already in the process of collecting information about the field under an MoU signed in 2016.

Kardor said NIOC officials had held meetings with executives from Inpex “many times.”

“They asked us how they could find a foreign operator, so we advised them to negotiate with major European companies with high technology,” Kardor told Kyodo News.

“Azadegan is a huge oil field. We certainly need new technology introduced by foreign firms. Forming a consortium would be better for both sides,” he added.