A Look at Iranian Newspaper Front Pages on August 19

Iran Front Page- IFP has taken a look at the front pages of Iranian newspapers on Saturday, August 19, and picked headlines from 16 of them. IFP has simply translated the headlines and does not vouch for their accuracy.

The top story today was the ISIS terrorist attack on Barcelona, Spain, which claimed at least 14 lives and wounded several others. The attack was strongly condemned by Iran’s foreign ministry.

Another top story was the anniversary of the 1953 US-backed coup in Iran, which led to the overthrow of democratically-elected Prime Minister Mohammad Mosaddegh.

The hunger strike of Mahdi Karroubi, one of the two Iranian opposition leaders under house arrest, and President Hassan Rouhani’s order for addressing his demands also received great coverage.

1- Those Who Will Receive Vote of Confidence from Parliament 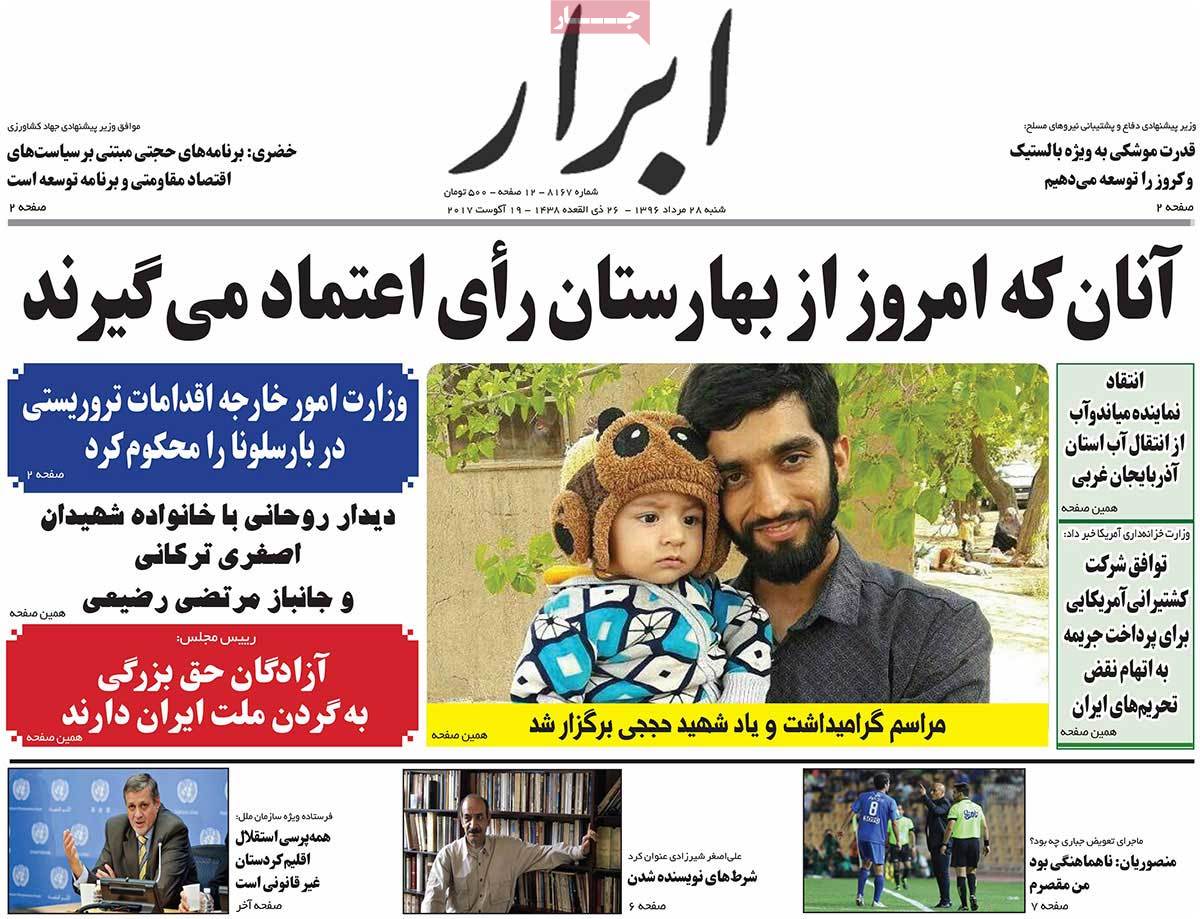 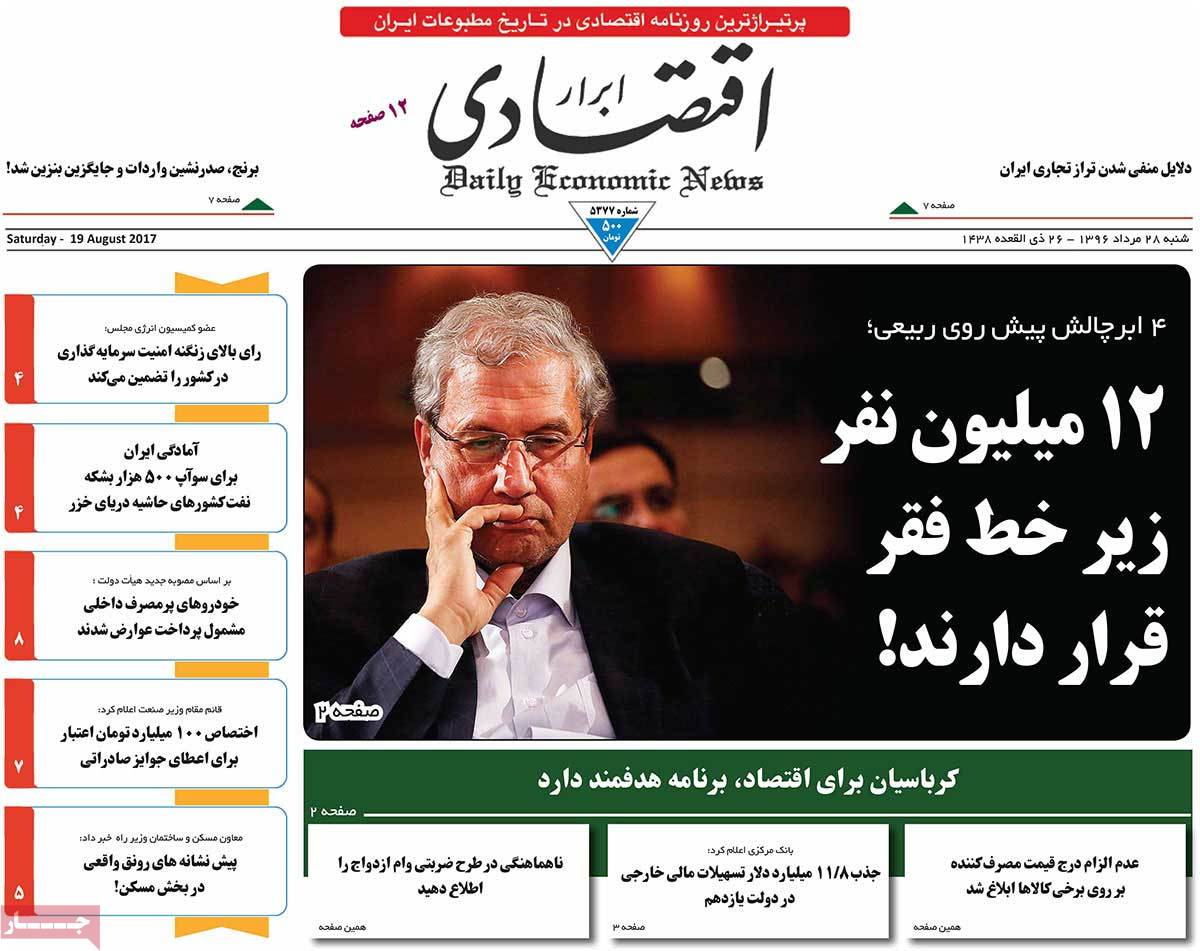 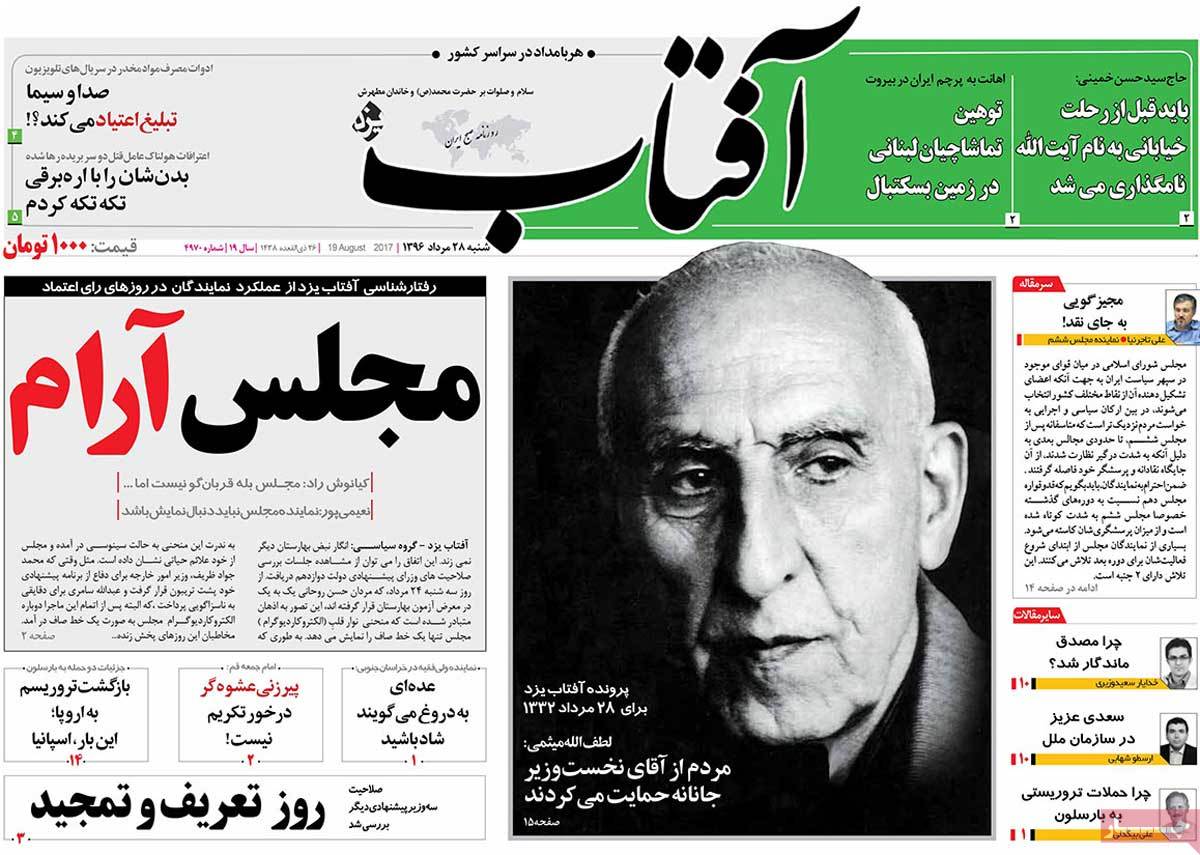 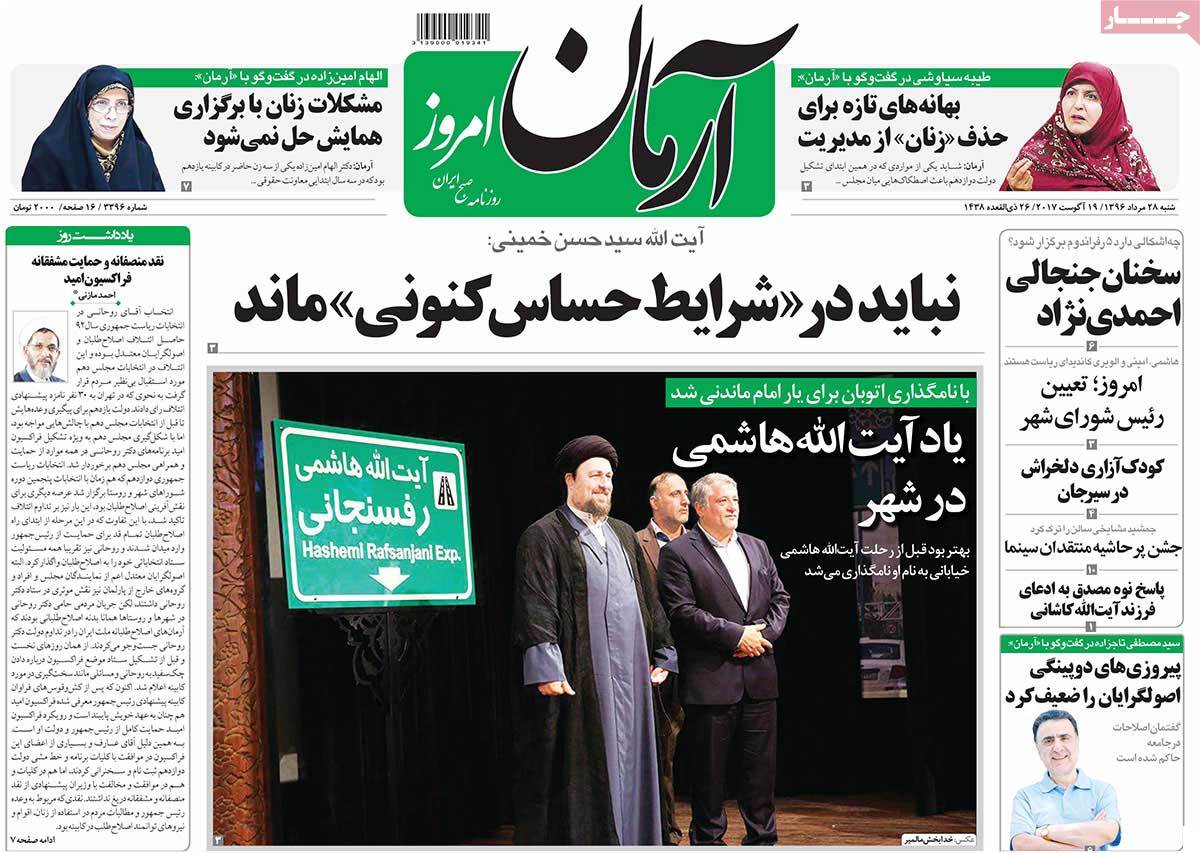 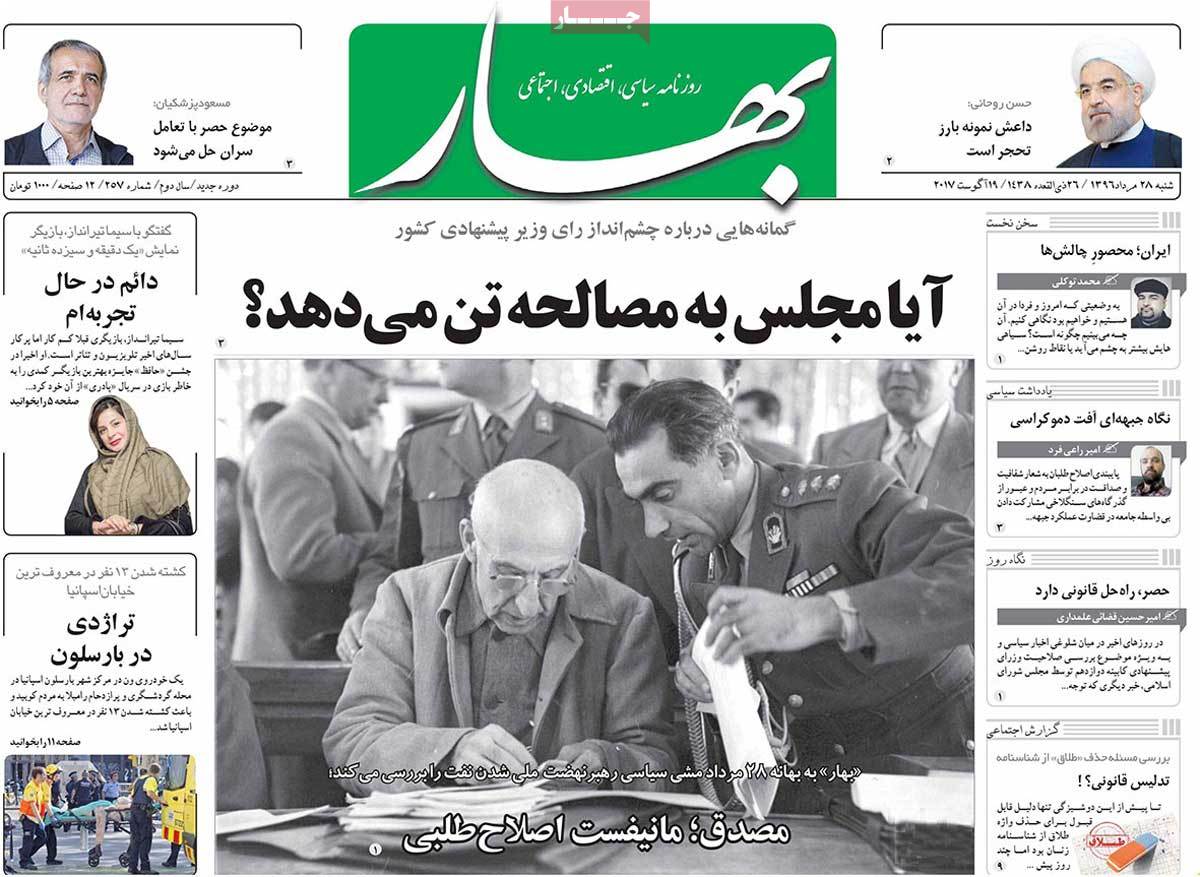 2- Some Workers Still Treated as Slaves in Iran

3- Reformism in Iran Not Yet Well Theorized 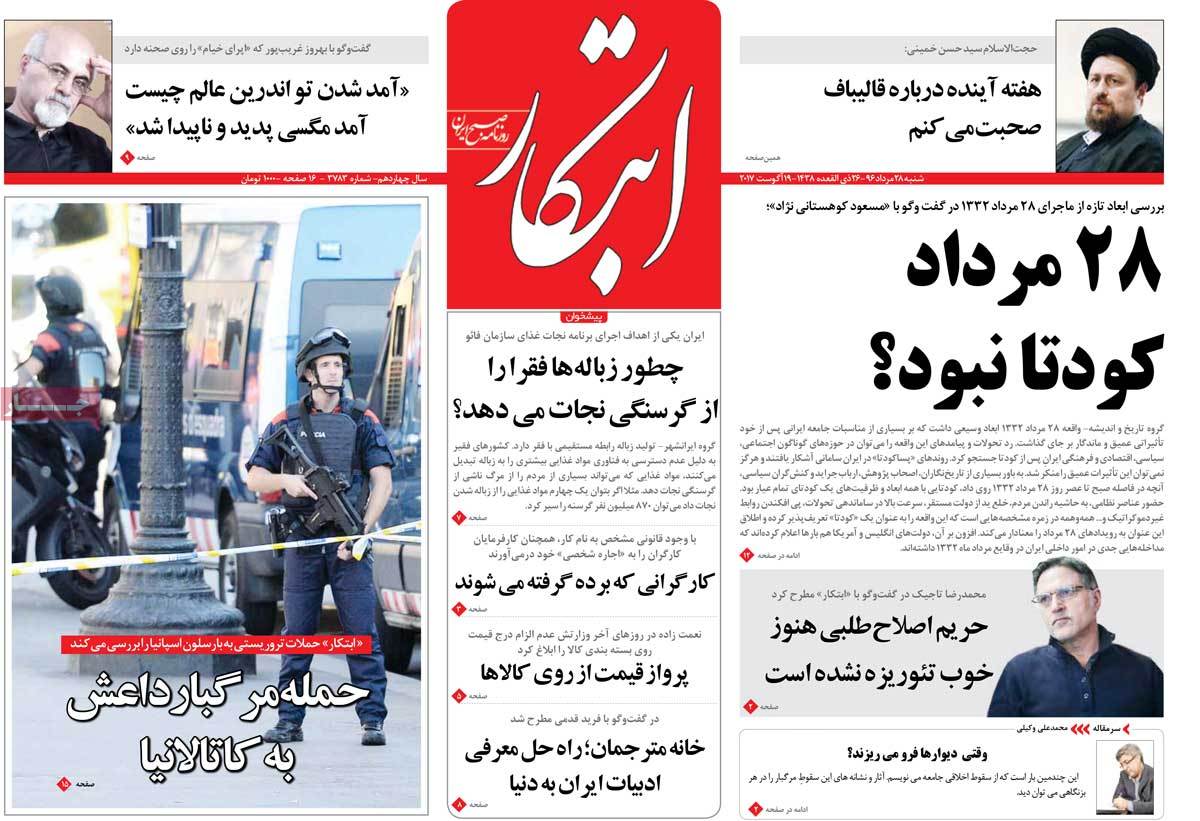 1- Ahmadinejad: I Was Not Stopped, I’d Share Iran’s Entire Wealth with People

3- Mosaddegh Was Neither Mandela, nor Che Guevara 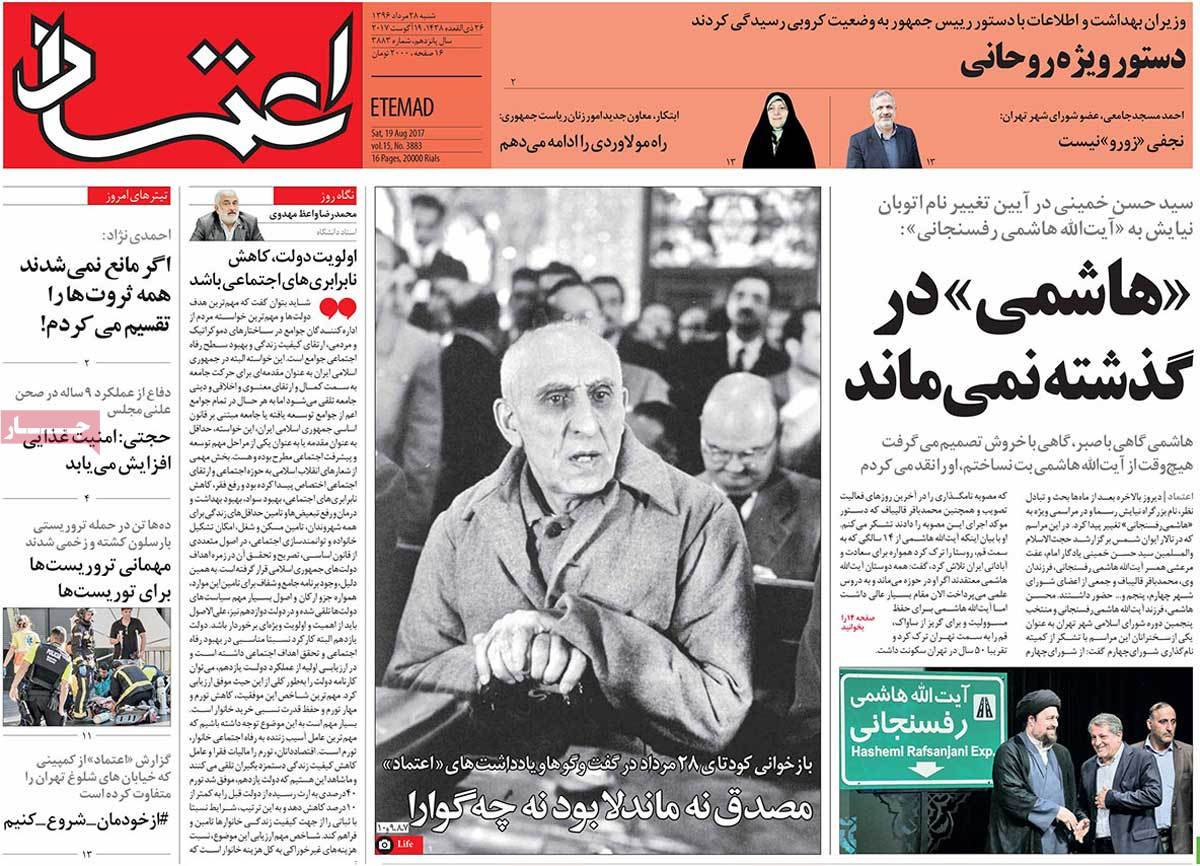 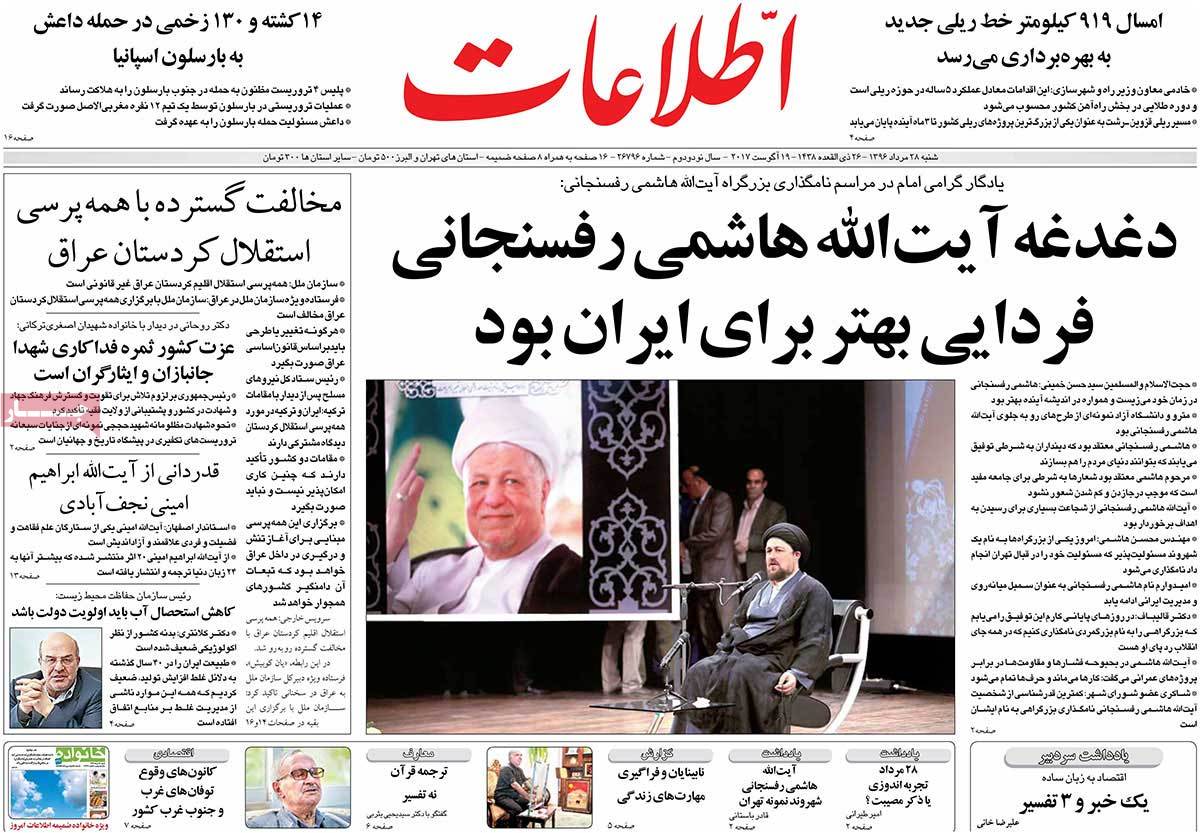 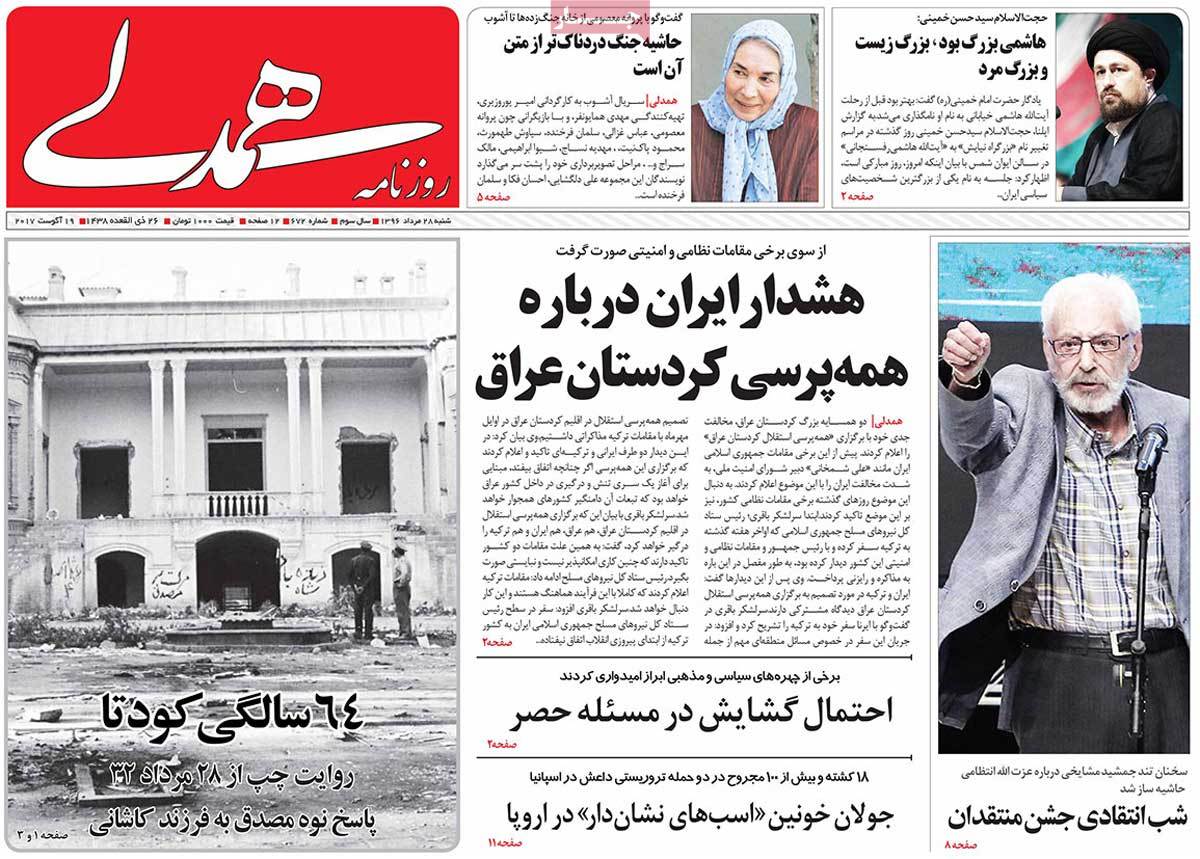 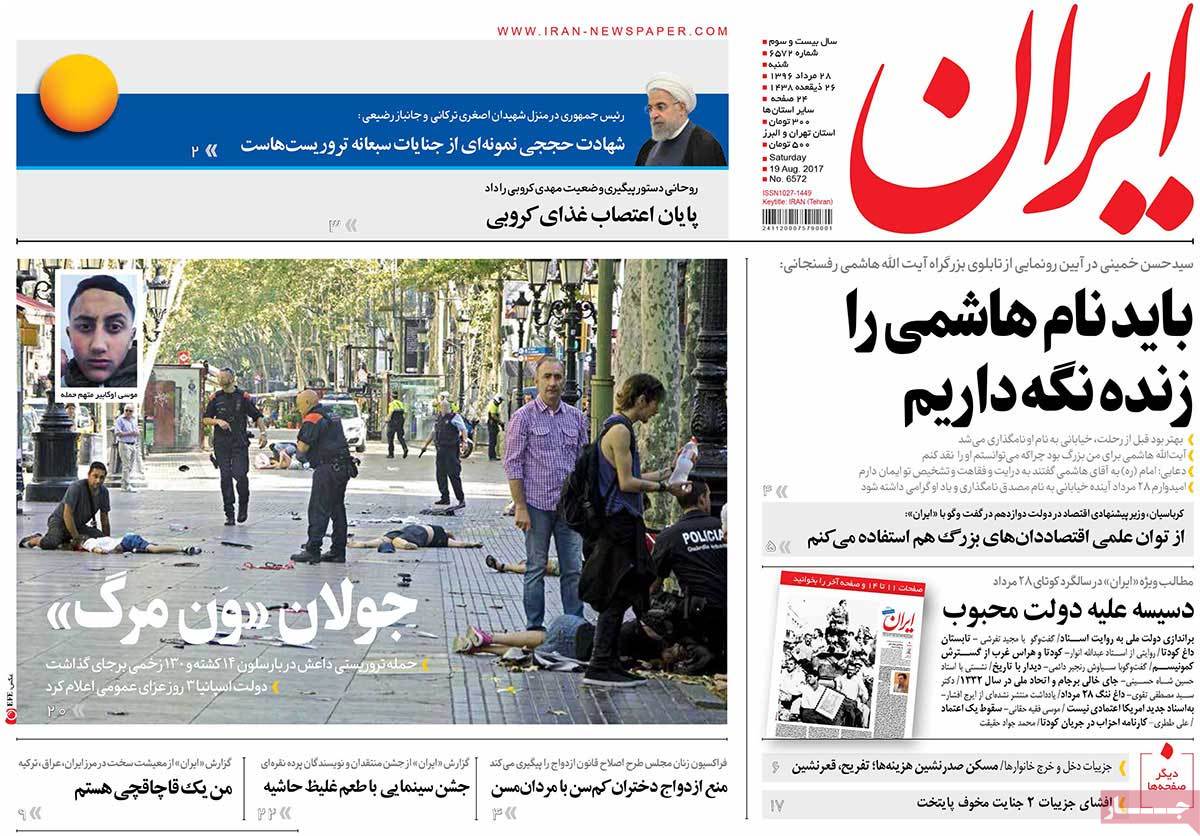 2- Warnings of Civil War in US

3- Machine of Terrorism Arrives in Spain 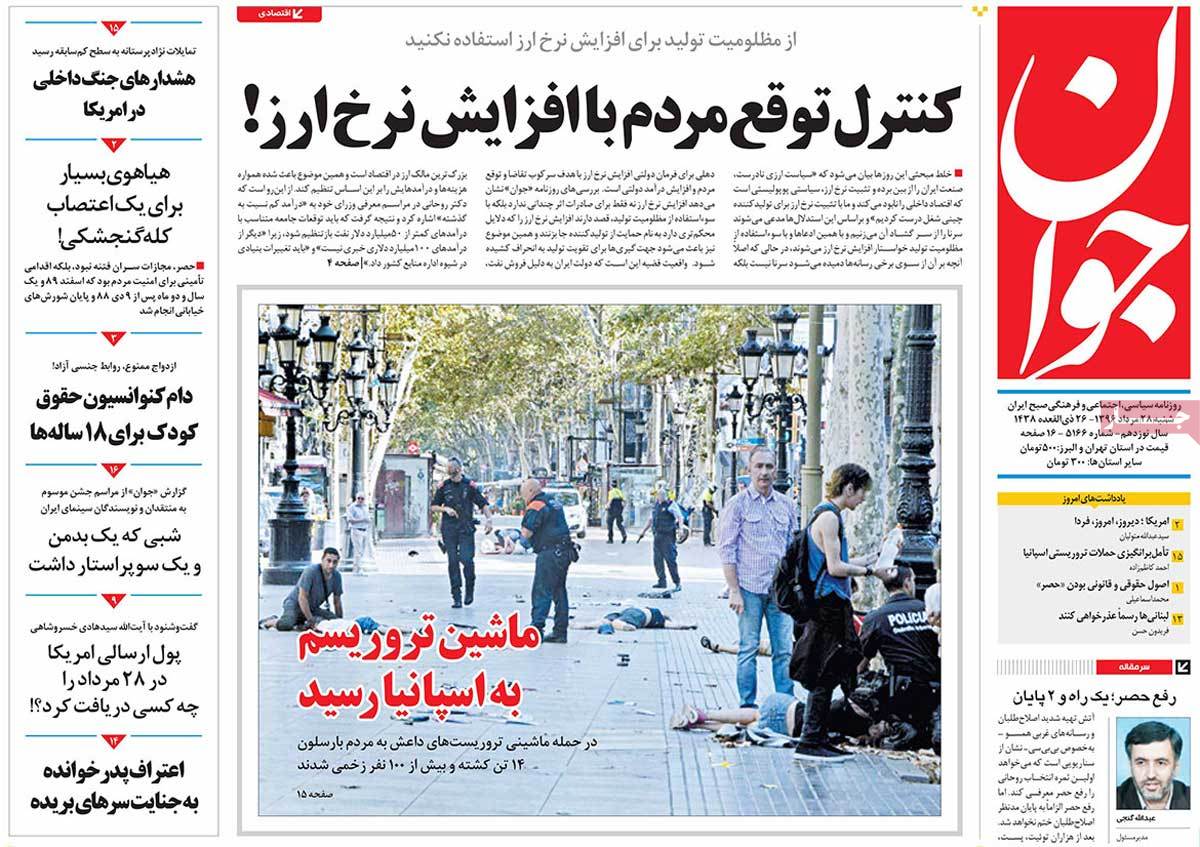 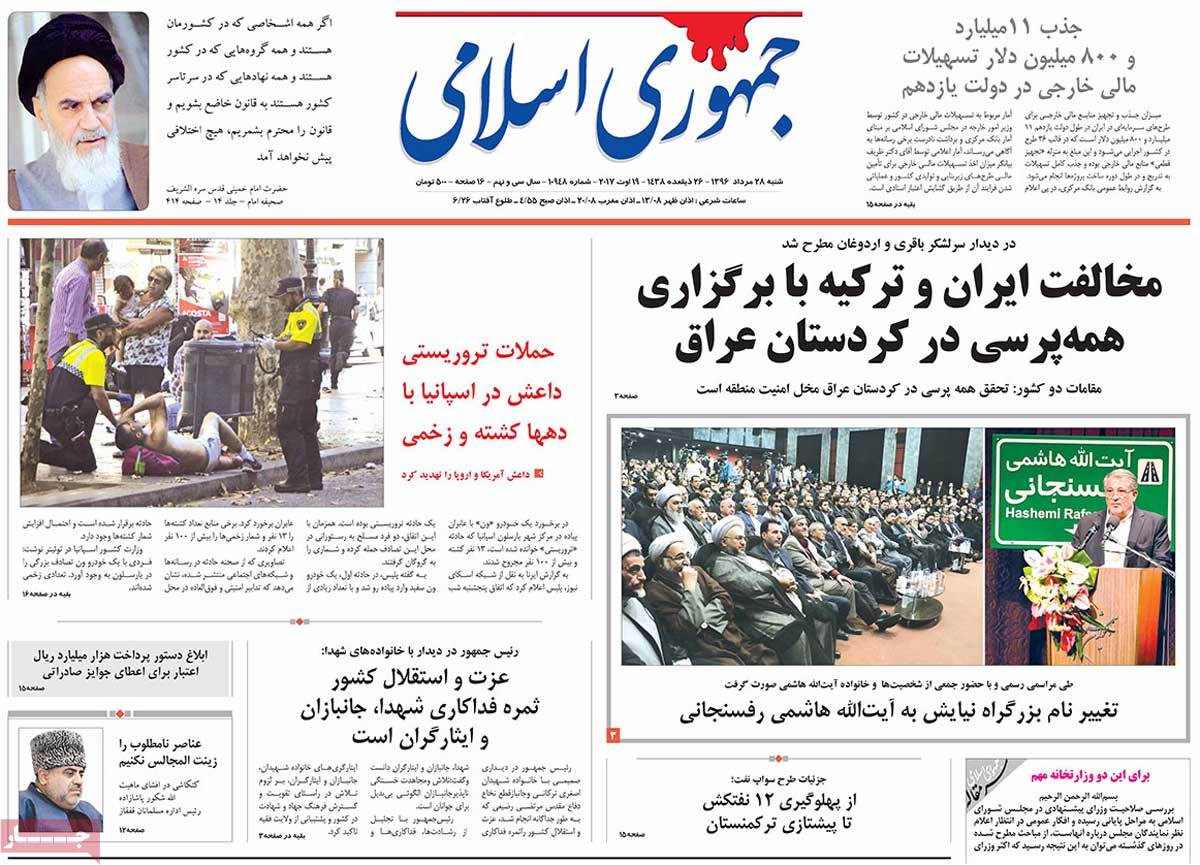 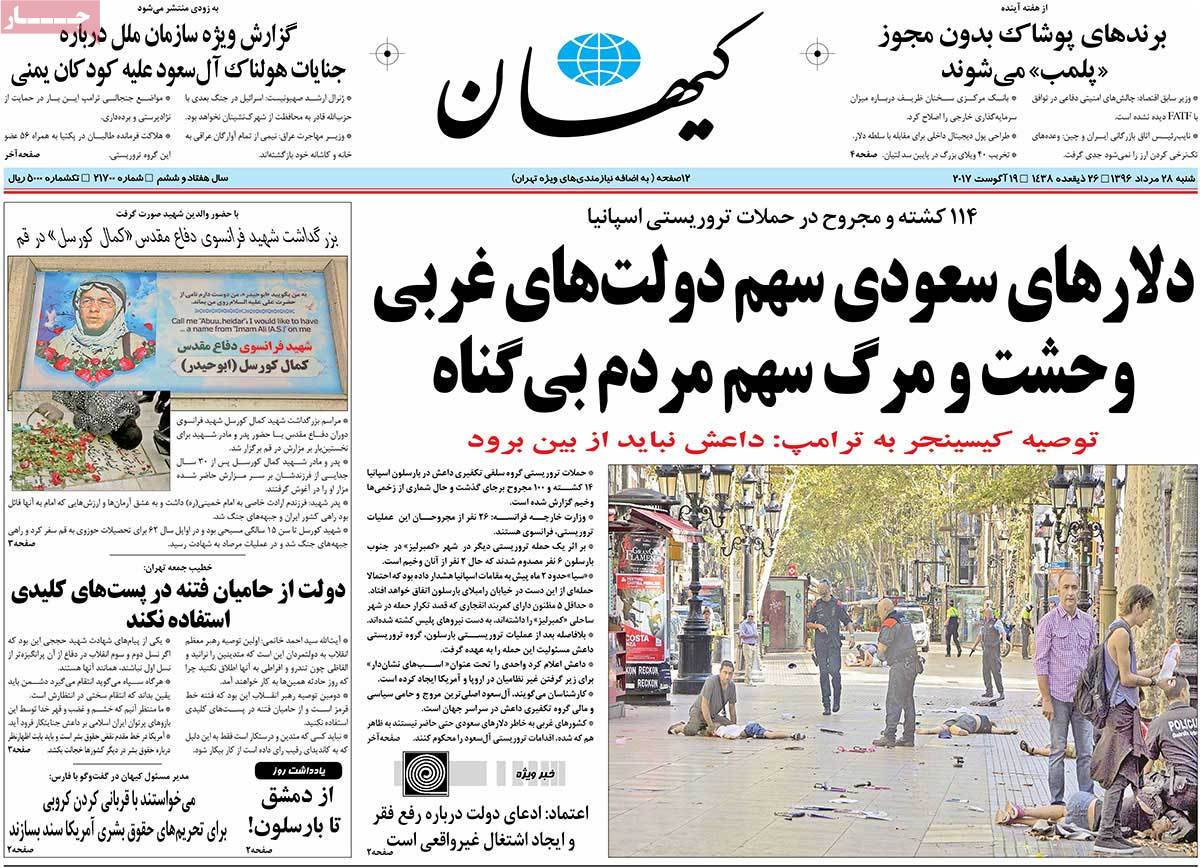 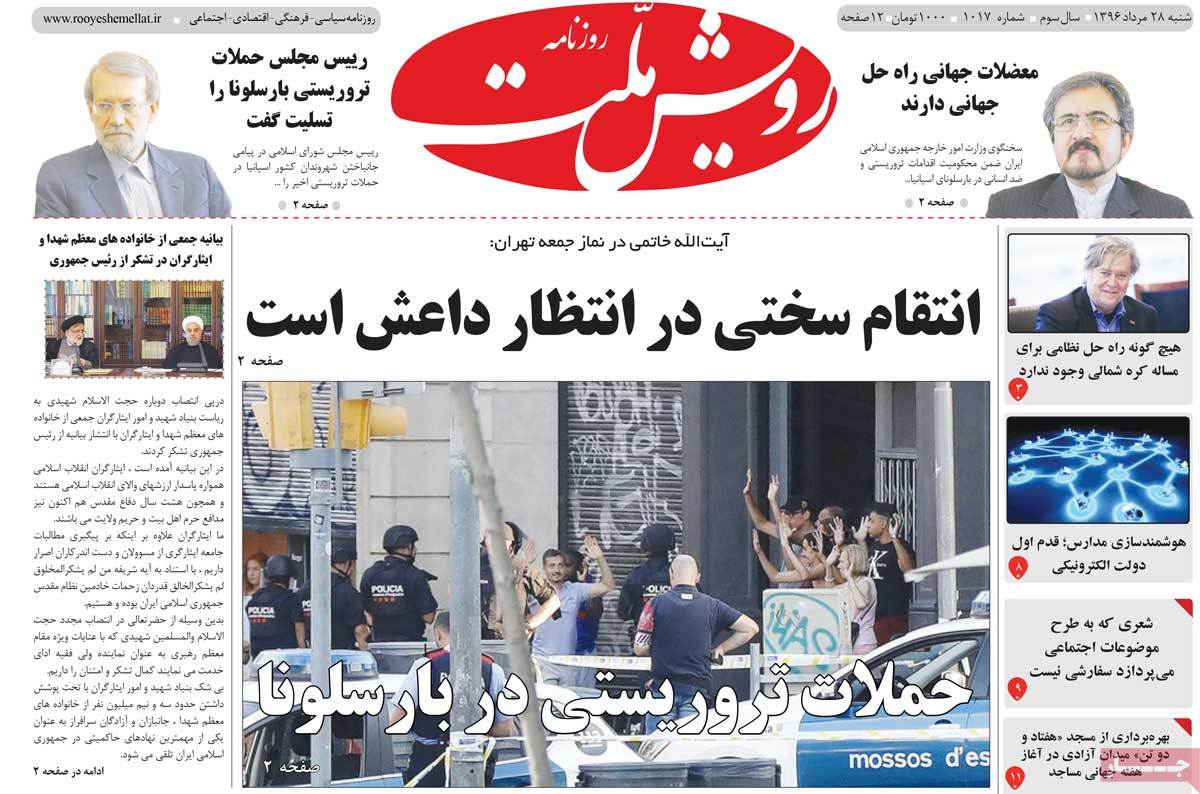 3- Officials Should Prepare Grounds for Trial of Karroubi: Second Vice-Speaker 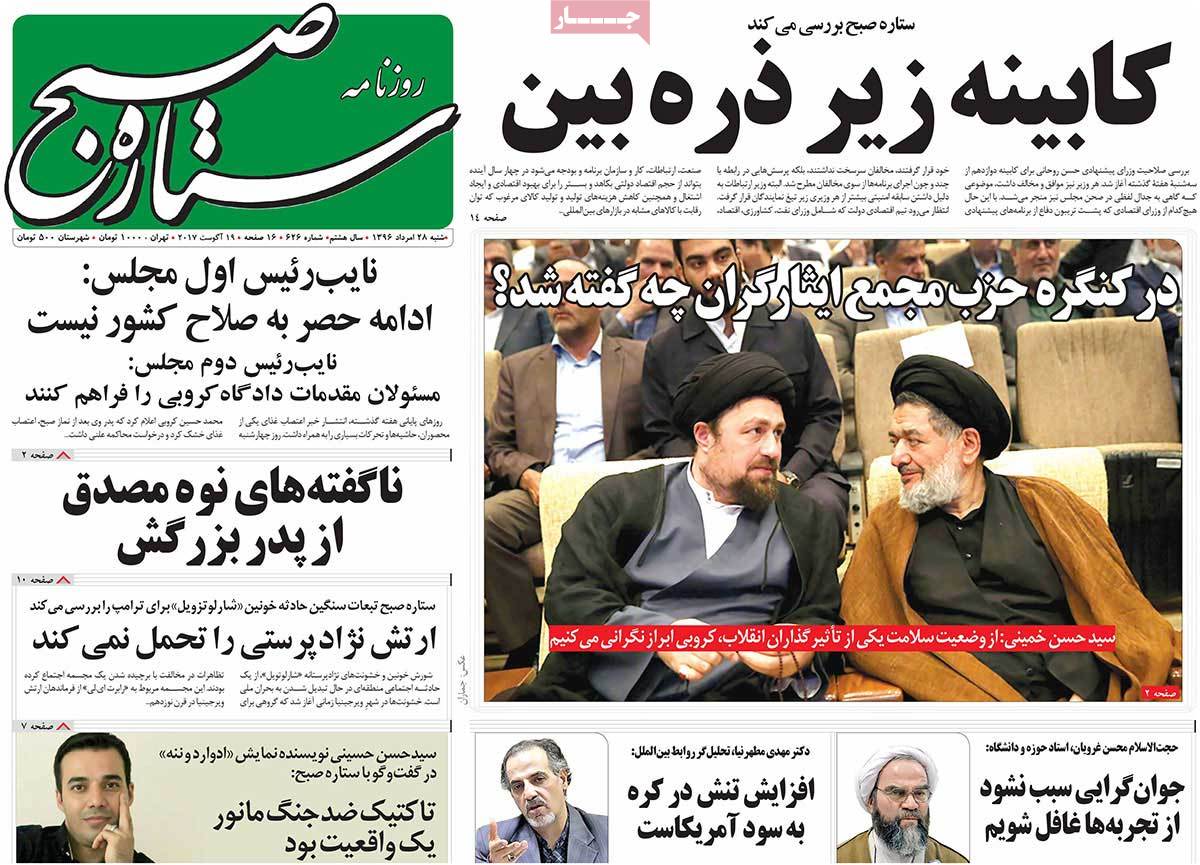 1- ISIS Attack on Heart of Catalonia 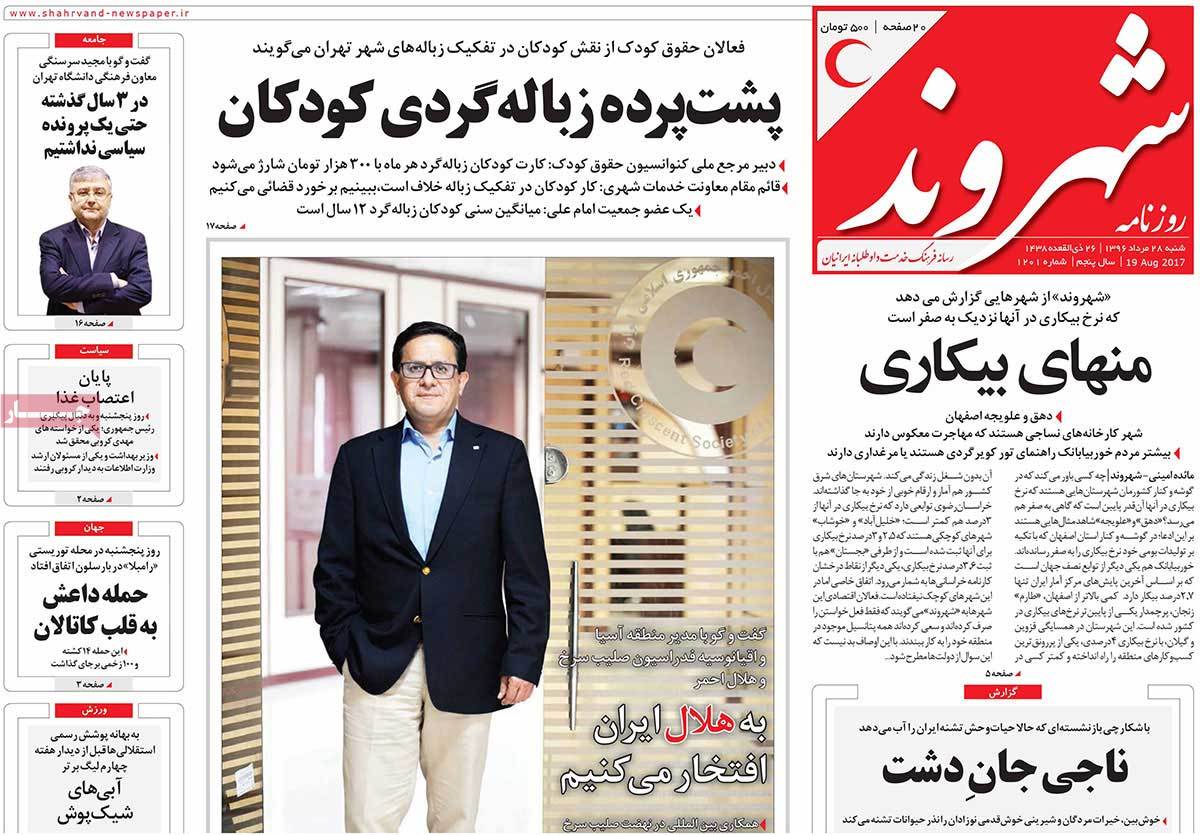