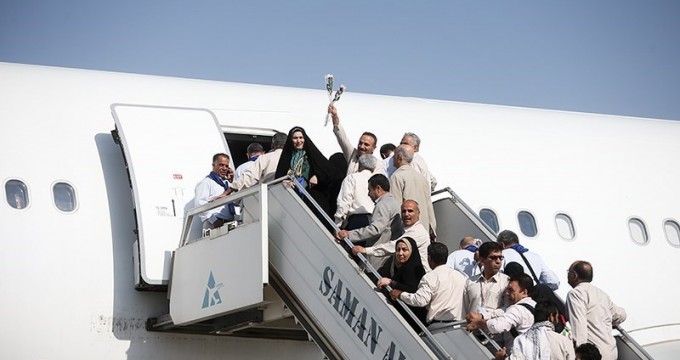 Al-Monitor | Saeid Jafari: For the first time in two years, Tehran has sent Iranian pilgrims to Saudi Arabia for the annual hajj pilgrimage. Although this can be considered a positive step toward reducing tension between the two sides, it is naive to think that developments such as this will solve the existing problems between Tehran and Riyadh.

Iran’s decision to end its boycott of the hajj, which followed the 2015 stampede that left 465 of its citizens dead, comes at a time when tension with Saudi Arabia is at its peak. While Riyadh severed ties in early 2016 following the storming of its diplomatic facilities in Iran by protesters furious about Saudi Arabia’s execution of a dissident Shia cleric, there has been further escalation in recent months. Saudi Arabia, alongside Bahrain, Egypt and the United Arab Emirates, severed ties with Qatar, ostensibly over Doha’s continued relations with Tehran; in parallel, the Saudi foreign minister has referred to Iran as the greatest state sponsor of terrorism. Yet amid this tension, the foreign ministers of Iran and Saudi Arabia surprised political observers by shaking hands at the Organization of Islamic Cooperation meeting in Istanbul on Aug. 1.

Although this encounter was standard diplomatic practice, it received great attention in Iranian media and increased hopes for an opening in bilateral relations — particularly since the handshake coincided with Iran’s decision to resume hajj pilgrimages. The latter decision, however, has had its share of domestic critics.