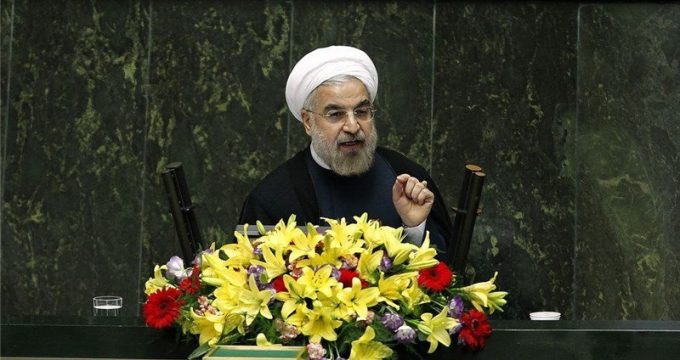 IRNA – Iran will further engage in ‘defense diplomacy’ with the region and the world in the new cabinet, Iran’s President Hassan Rouhani said on Tuesday.

Introducing Brigadier General Amir Hatami as his nominee for Defense Ministry, President Rouhani described him as a ‘reliable’ member of the big family of Iran’s armed forces.

He (Brigadier General Hatami) would prop up all groups of Iran’s armed forces, as the responsibility of the ministry is supporting them, Rouhani said in the open session of Iran’s Parliament (Majlis).

Commercializing military and defensive products, and assigning some affairs to civilian sectors, if possible, are among the Ministry’s priorities in the upcoming cabinet, the President added.

Rouhani was reelected as Iranian President for the second term after winning a landmark victory at the May 19 presidential election.

The Parliament is expected to review proposed ministers’ qualifications on Tuesday.