A Look at Iranian Newspaper Front Pages on August 15

Iran Front Page- IFP has taken a look at the front pages of Iranian newspapers on Tuesday, August 15, and picked headlines from 15 of them. IFP has simply translated the headlines and does not vouch for their accuracy.

The top story today was the Leader’s appointment of Ayatollah Mahmoud Hashemi Shahroudi as the new head of Iran’s Expediency Council. The Leader, Ayatollah Seyyed Ali Khamenei, also appointed several others including Mohammad Baqer Qalibaf and Ebrahim Raisi as new members of the Council.

Newspapers also covered the Iranian Parliament’s Tuesday session to review the qualifications of President Hassan Rouhani’s proposed ministers. Rouhani himself was scheduled to appear in the Parliament to defend his nominated ministers.

Some conservatives papers also highlighted the ongoing unrests in the US, particularly in Virginia, and referred to the slogans calling for the overthrow of the US regime. 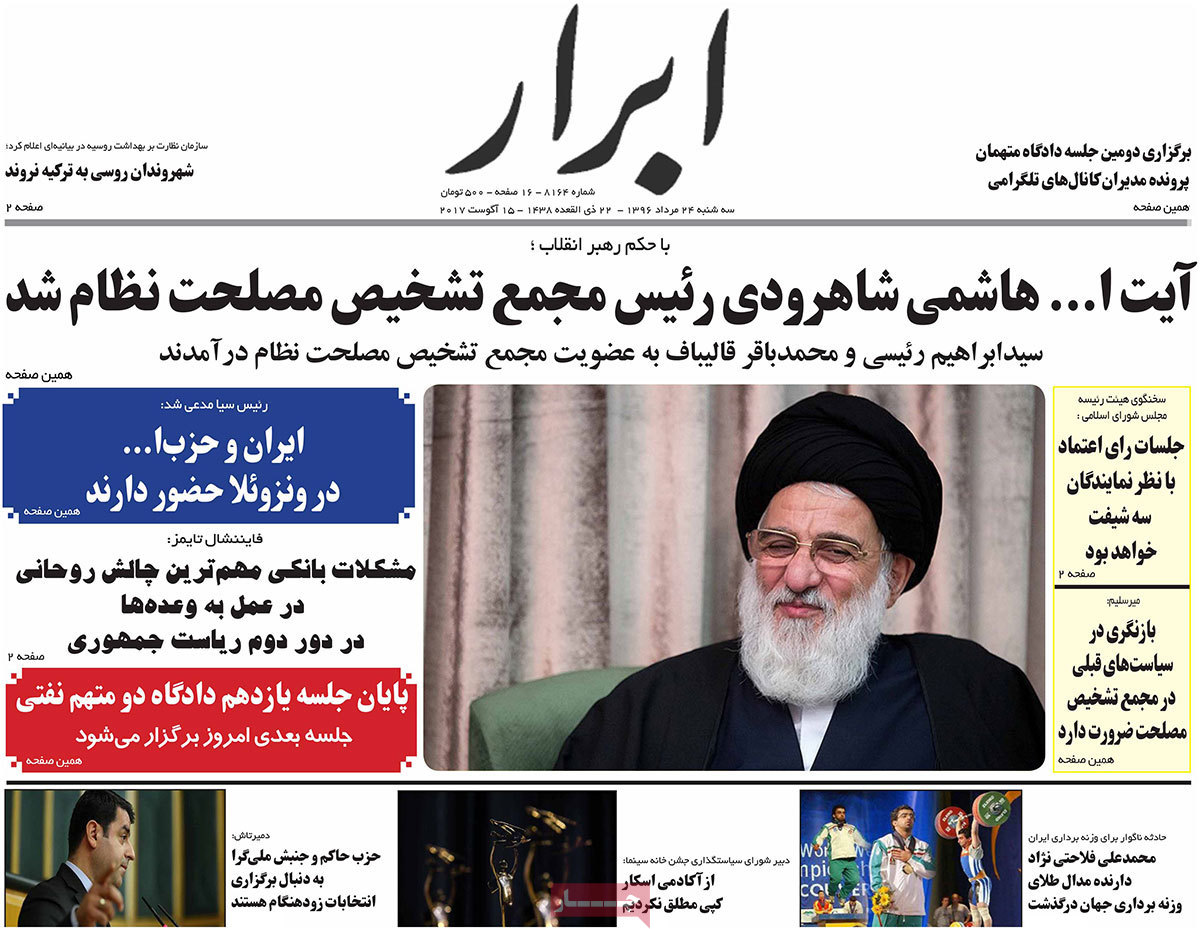 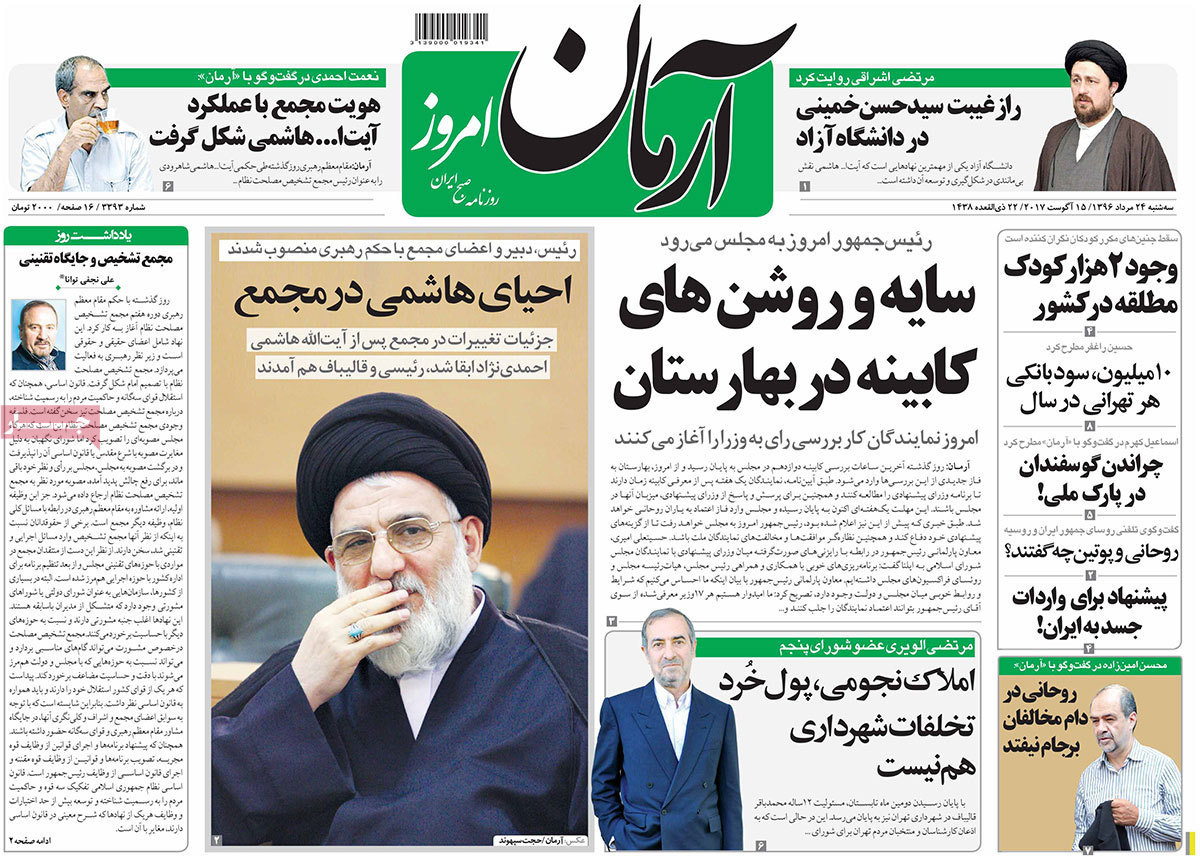 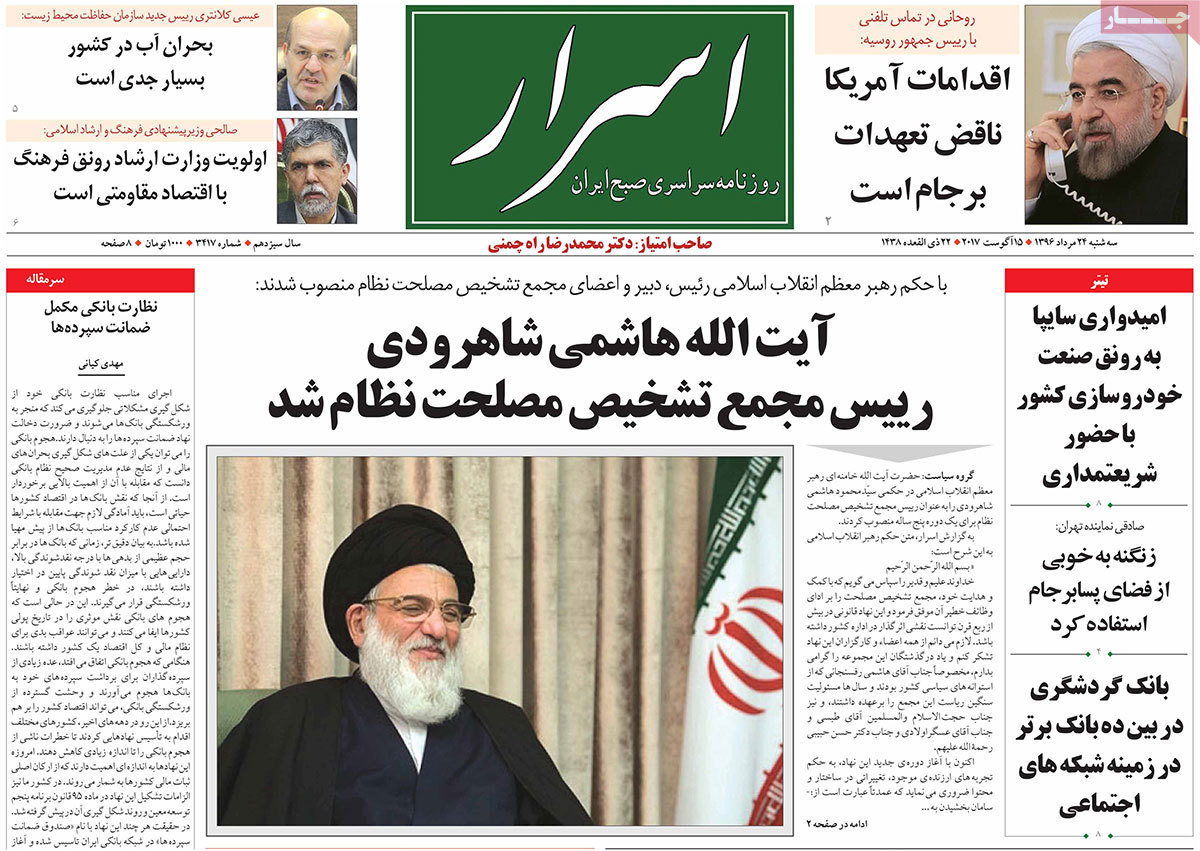 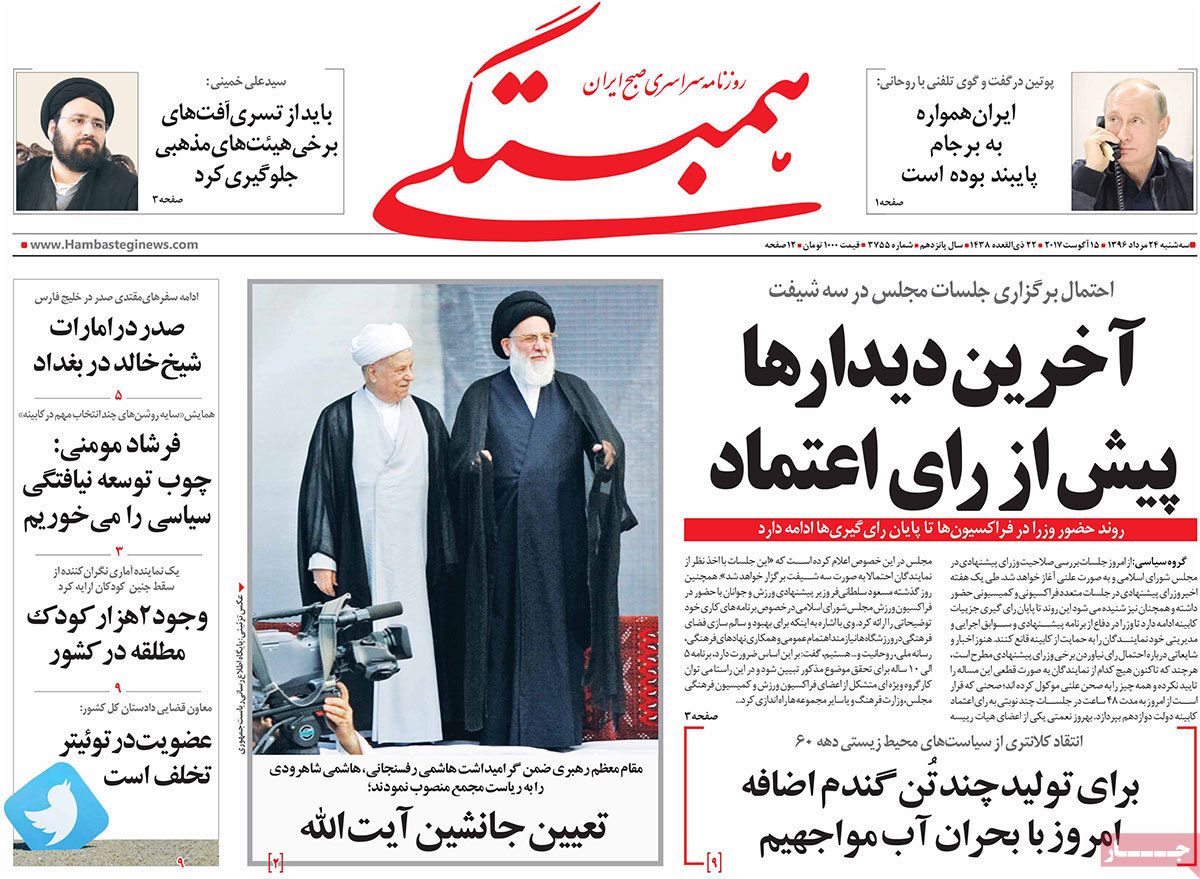 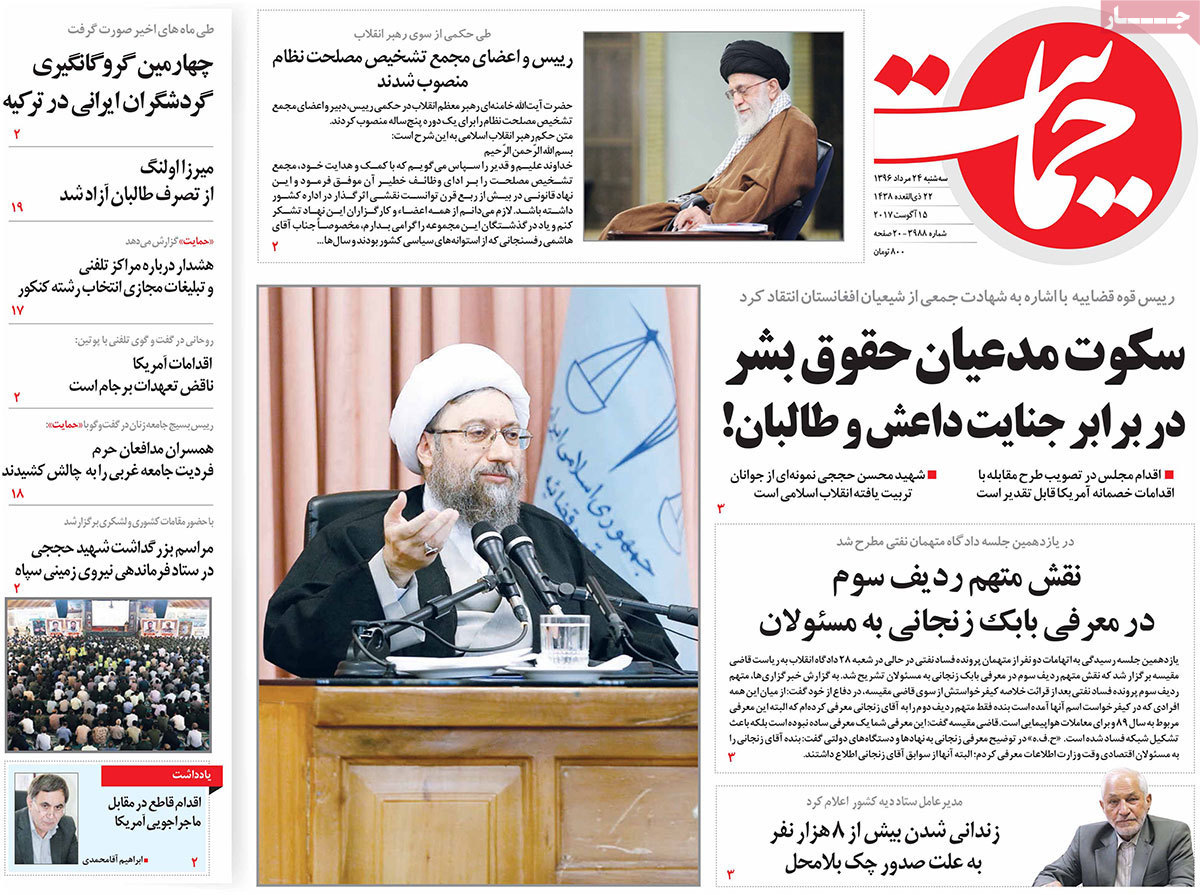 2- First VP: Environment to Be First Priority of Next Gov’t 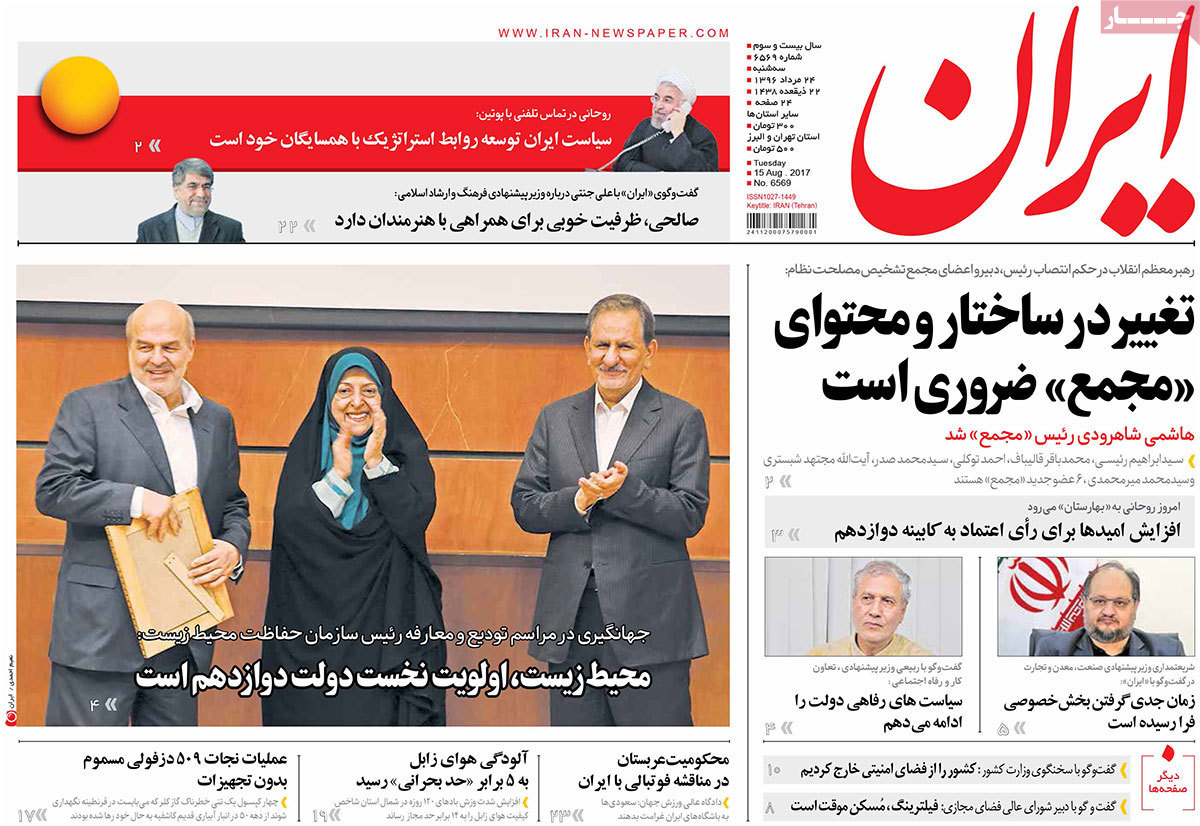 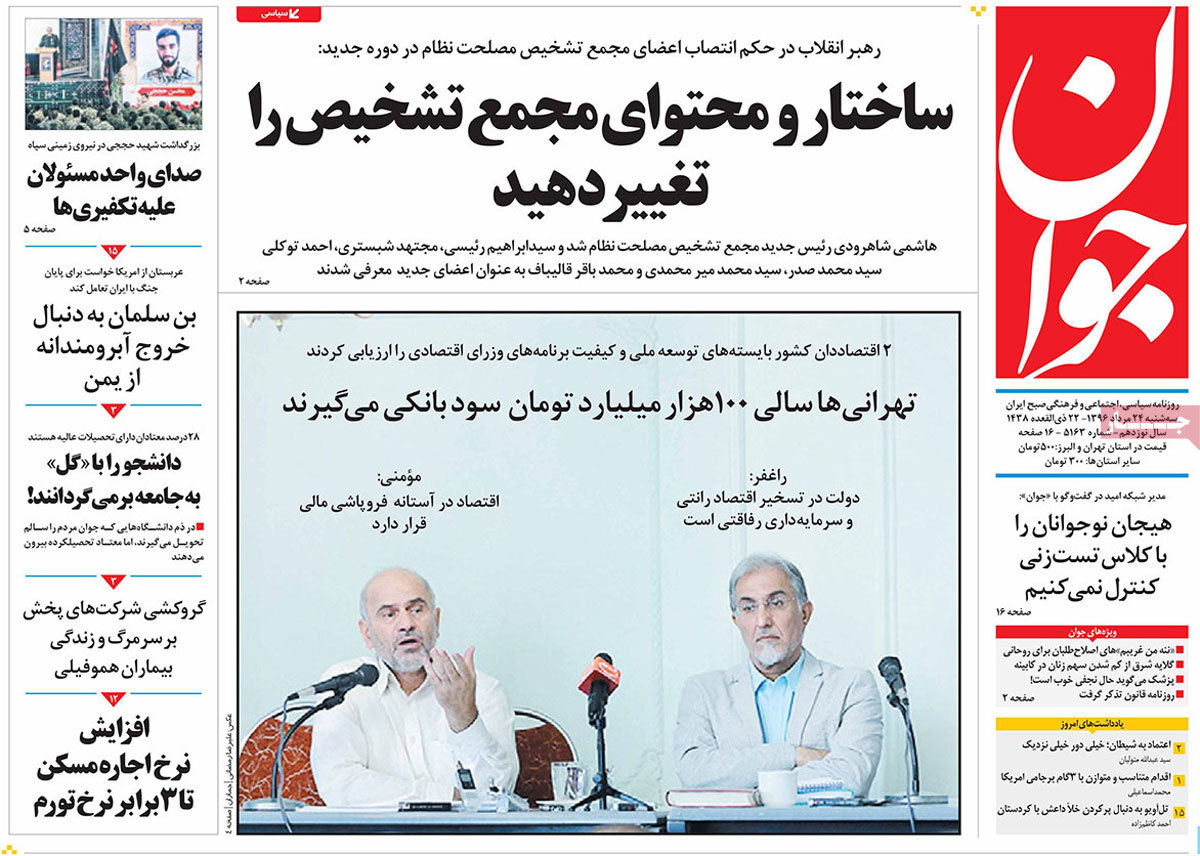 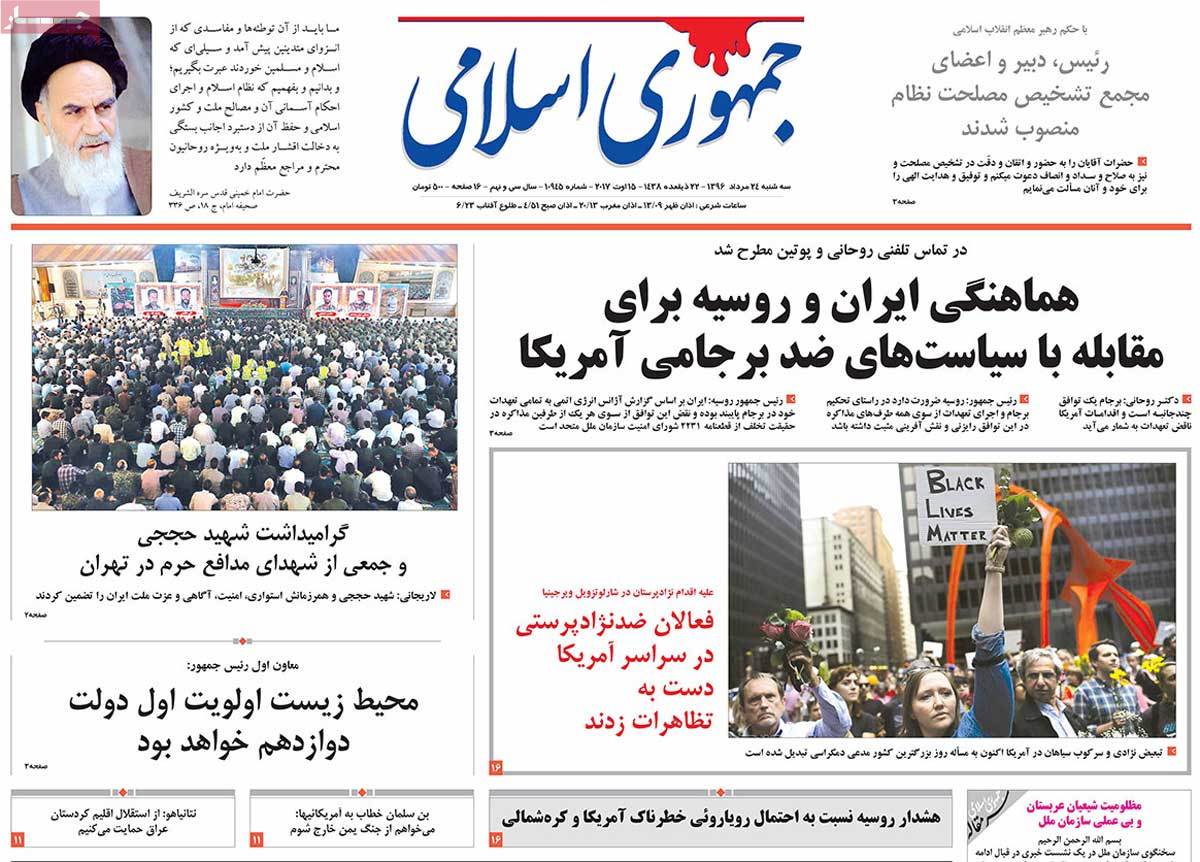 1- Charlottesville Unrests Spread to Entire US 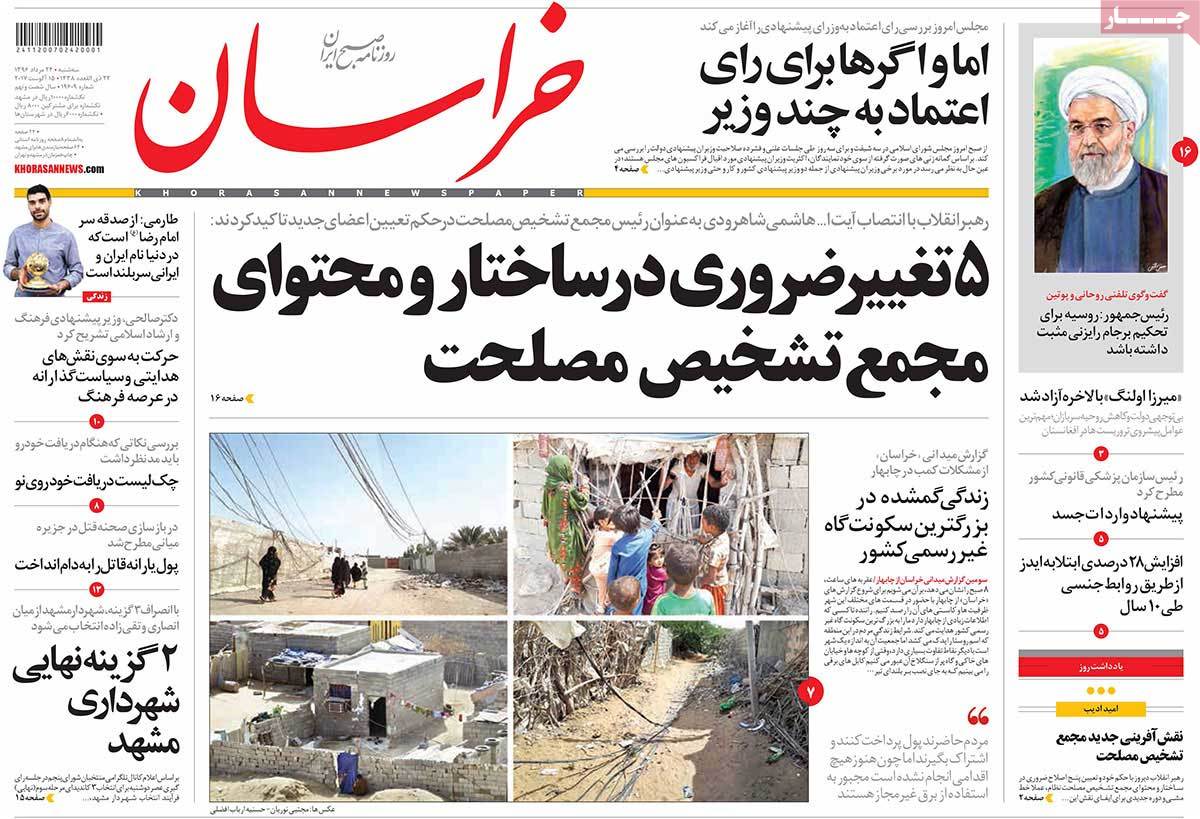 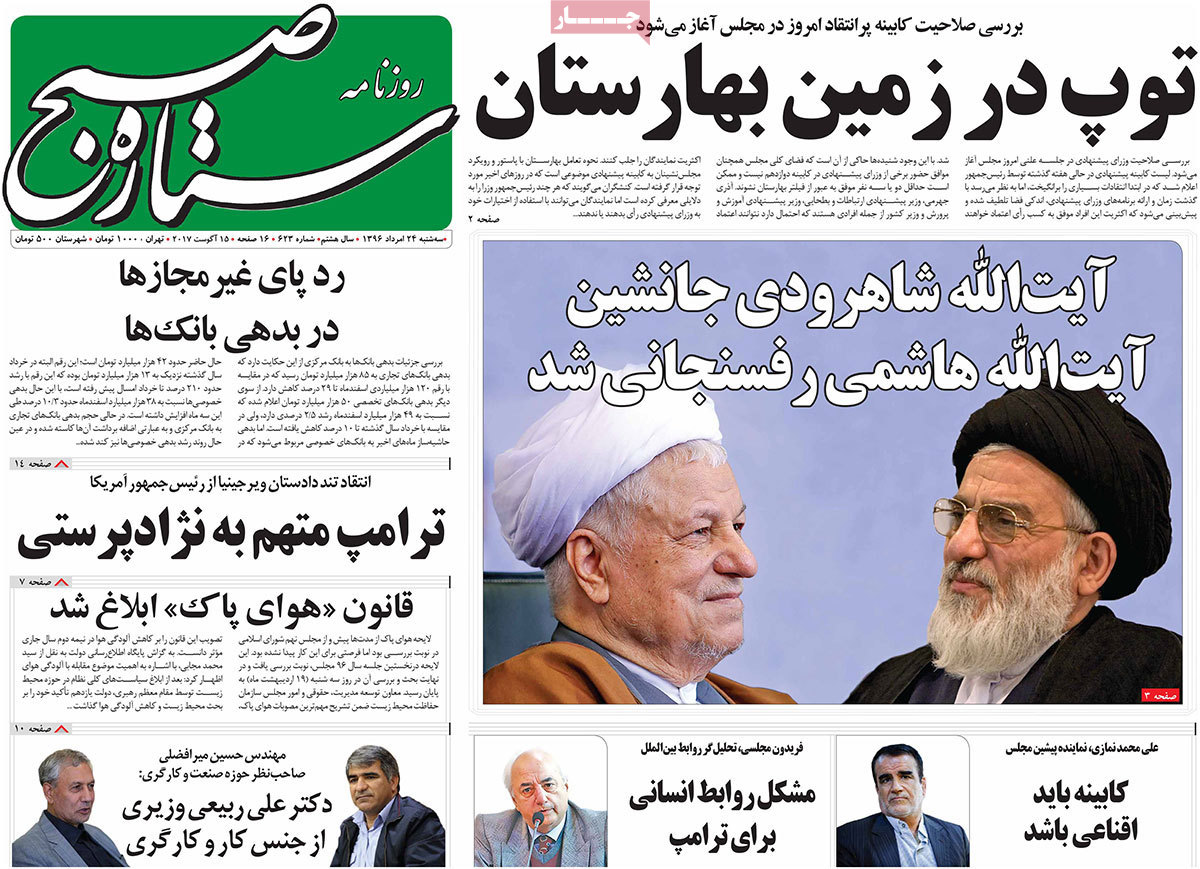 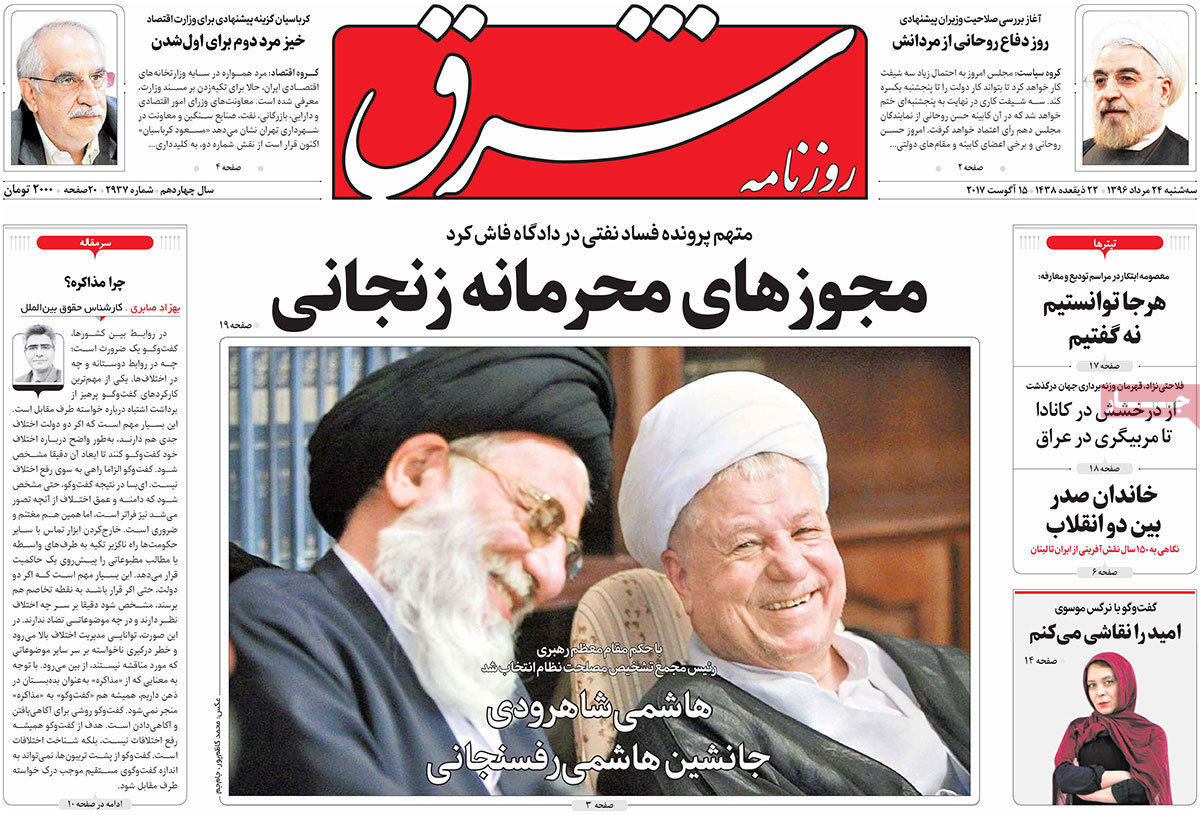 1- Saudis Trying to Get Out of Yemen Quagmire 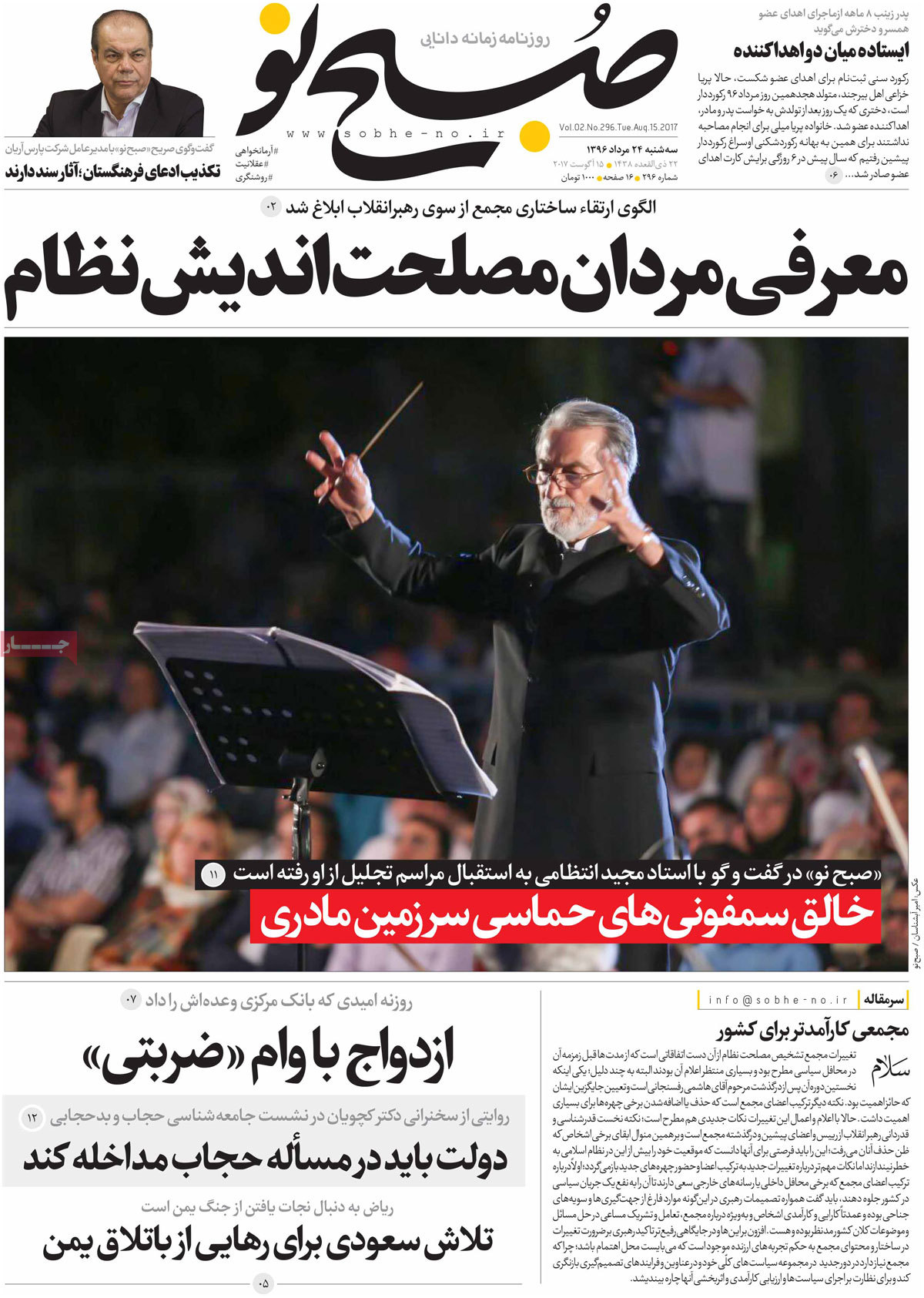 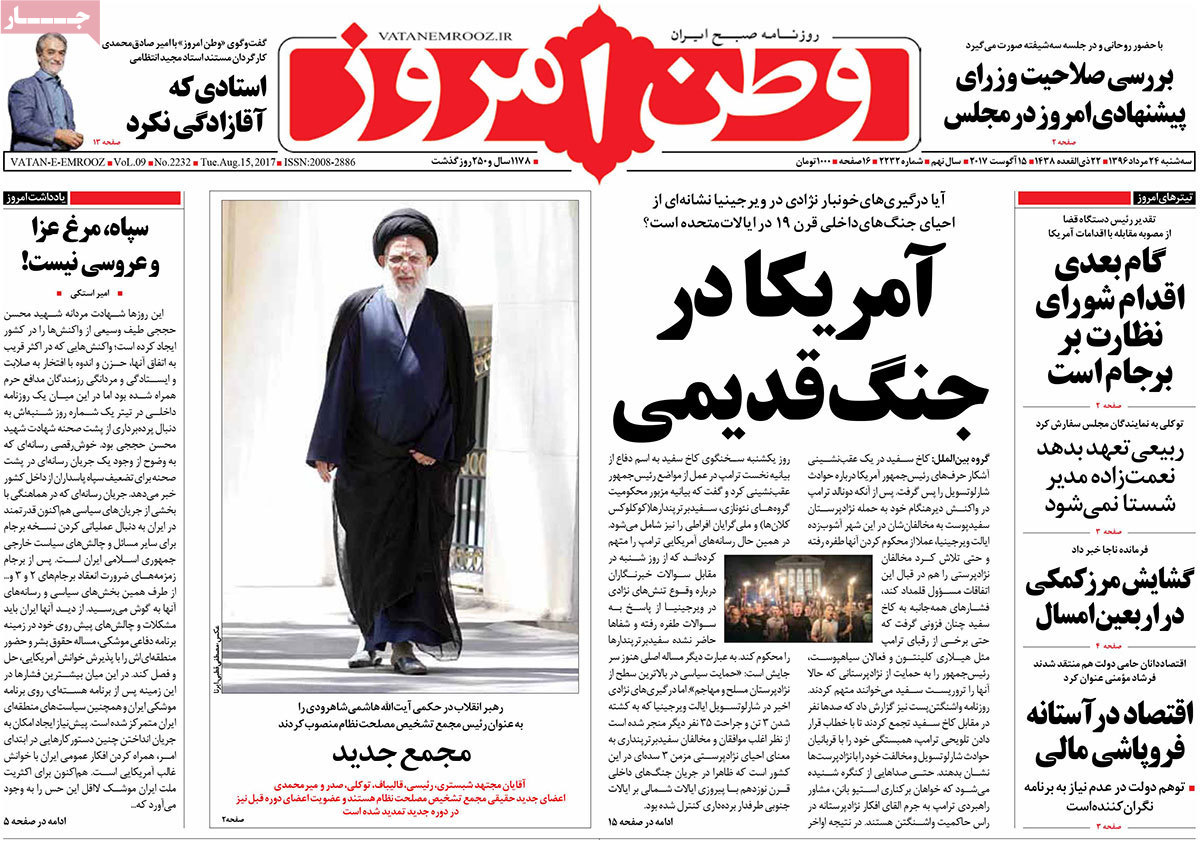