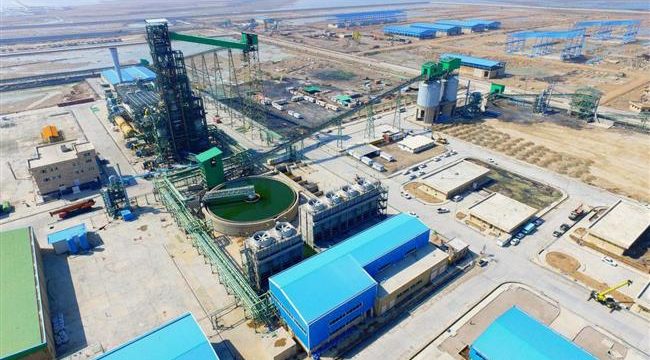 Press TV- Iran is about to bring online a sponge iron mill with a capacity of 800,000 tonnes per year in the country’s northwestern city of Miyaneh, news agencies reported on Tuesday.

PERED, jointly developed by Iran and Germany, is a direct reduction process converting iron oxides, in the form of pellets or lump ore, to highly reduced product suitable for steel making.

The project is being implemented under the engineering, procurement, and construction (EPC) contracting arrangement with the aim of providing feedstock for Iran’s steel factories.

The owner of the project is the Organization for Development and Renovation of Mining and Mining Industries of Iran (IMIDRO) which is also in charge of sourcing equipment from domestic companies in line with the policy of job creation and avoiding capital flight.

Steel is a strategic commodity for Iran, which is also the Middle East’s biggest carmaker. It is fundamental to the Iranian society with its massive oil and gas industry, transportation network, water supply, urban centers and mammoth construction.

Steel was Iran’s largest export item after oil, gas and petrochemicals last year, partly because of the slump in domestic construction.

The country has been boosting steel production, targeting an output plateau of 55 million tonnes per year by 2015.

Currently, the nation produces 16 million tonnes, which is one percent of the world total. A statement on IMIDRO’s website says exports are expected to hit 20-25 million tonnes by 2025.

Italian steel firm Danieli has signed commercial agreements worth up to $5.7 billion with Iran, including a joint venture, called Persian Metallics, worth $2 billion.

Iran’s steel industry, however, is engulfed in a dispute with the European Union which is targeting the country’s hot-rolled steel with punitive trade tariffs.