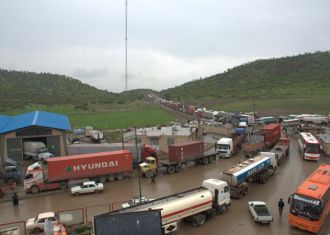 The meeting comes within days of Gadkari visiting Iran and stating that Chabahar port would be operational next year. Turkmenistan is known for having one of the largest gas reserves globally.

Turkmenistan is the Depository State of Ashgabat Agreement, which has Oman, Iran, Turkmenistan and Uzbekistan as founding members. Kazakhstan has also joined this arrangement.

In 2016, the Indian government decided to accede to the Ashgabat Agreement, a move that would enable the country to utilise this existing transport and transit corridor to facilitate trade and commercial interaction with the Eurasian region. India would become party to the agreement after consent from the founding members.

Further, this move would also be in synch with India’s efforts to implement the International North South Transport Corridor (INSTC) for enhanced connectivity. INSTC-Express Corridor is a transport link between India and Russia.

Recently, the External Affairs Ministry had a multi-stakeholder meet focussed on possible routes of INSTC, its popularisation, development and optimal utilisation of Chabahar port to complement INSTC and to provide connectivity to Central Asia, modalities of and impediments to multi-modal transport and way ahead.