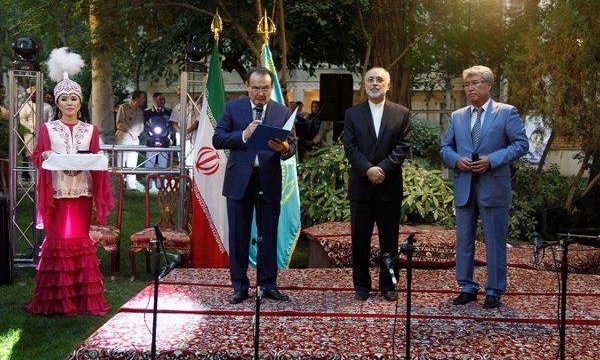 Appreciating Ali Akbar Salehi’s diplomatic moves and efforts, Nursultan Nazarbayev gave him a badge of honor, in the presence of Minister of Culture and Sport of the Republic of Kazakhstan Arystanbek Mukhamediuly, coinciding with the 25th anniversary of the establishment of diplomatic relations between Iran and Kazakhstan.

At the ceremony, Salehi thanked Nazarbayev for Kazakhstan’s friendly moves to develop diplomatic relations, especially for hosting several rounds of nuclear talks in Almaty. Reviewing international and bilateral issues, Salehi called for further efforts to overcome obstacles to the development of relations.