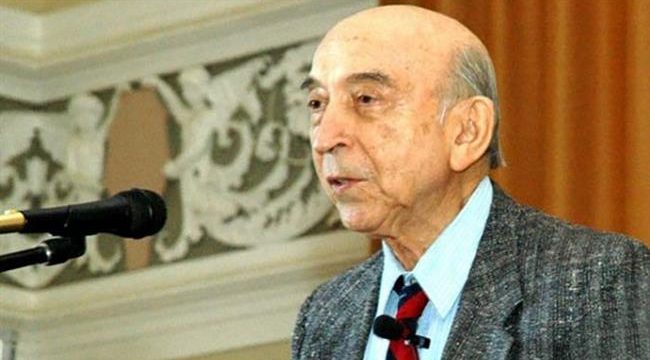 Press TV – The founder of fuzzy logic and University of Tehran graduate Lotfi Aliasker Zadeh has passed away.

Mathematician and artificial intelligence scientist Lotfi Zadeh passed away on Saturday several days after it was reported that his health was severely deteriorating. He was born in 1921 in Baku to an Iranian Azerbaijani father from Ardabil and a Russian Jewish mother, who was also an Iranian citizen.

In in 1931, when he was 10 years old, he and his family moved to Tehran, where he studied at the Alborz College for eight years.

He emigrated to the US in 1943 after graduating from the University of Tehran with a degree in electrical engineering.

He was a professor emeritus of computer science at the University of California, Berkeley, and the director of the Berkeley Initiative in Soft Computing.

He is best known for proposing the fuzzy mathematics in the 1960s.

Fuzzy logic is an approach to computing based on “degrees of truth” rather than the usual “true or false” (1 or 0) Boolean logic on which the modern computer is based.

In an interview he was once asked how he came up with the fuzzy logic idea to which he replied, “I have been concerned with systems analysis for many, many years and I began to realize at some point that traditional approaches do not work that well with human-centered systems. They work well in the case of physical systems, but they don’t work that well in the social realm, in politics, in medicine, and so forth. A simple idea occurred to me. In the world of mathematics, for example, everything has sharp boundaries, either it’s a circle or it’s not a circle, either the lines are parallel or not parallel. But in the real world, when it comes to ‘is this person honest, or tall, or beautiful?’ the boundaries are fuzzy.”