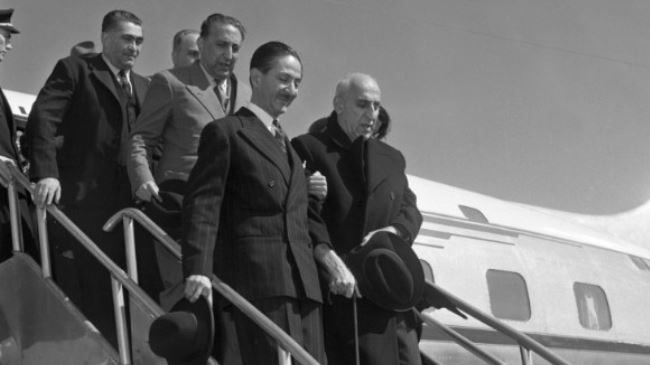 American Herald Tribune | John Wight: Of the many crimes committed by Washington and its faithful British satrapy around the world, the coup that toppled the democratically elected prime minister of Iran, Mohammad Mossadegh, in 1953 is one of the most egregious.

The recent release of a tranche of declassified CIA documents, including memos covering this particular period, are a timely reminder not only of the staggering mendacity and perfidy of both countries in asserting the right to lecture the rest of world about democracy and human rights, but the extent to which they have wrought so much damage and devastation across the world since the Second World War.

Operation Ajax, the name by which the plan to undermine and topple Mossadegh’s government is known, was undertaken in response to the Iranian leader’s decision to nationalize the country’s oil industry with a view to husbanding the revenue for the benefit of the Iranian people, rather than allow it to continue to be sucked out of the country by the then British state-owned Anglo-Iranian Oil Company (AIOC) – forerunner of today’s global oil conglomerate BP.

Britain had been in control of Iran’s oil since 1908, when the country was still known as Persia. London set up APOC with the development and exploitation of this energy bonanza in mind, the UK government taking over a controlling-share of the concession that had been granted to English mining entrepreneur William Knox D’Arcy by Persia’s [Iran’s] monarch in 1901. It came at point when Britain’s navy was shifting from coal to oil-powered engines, thus making a secure oil supply of critical strategic and military importance for a country’s whose empire at the time covered almost a quarter of the planet’s land surface.

None other than Britain’s future Prime Minister Winston Churchill affirmed the importance of control over Iran’s oil, when he wrote, “Fortune brought us a prize from fairyland beyond our wildest dreams. Mastery itself was the prize of the venture.” Note the colonial grandeur of Churchill’s sentiments – a turgid celebration of the opportunity for enrichment that was so unabashed it would make a low-rent mafia hood blush. Meanwhile, the record shows that throughout the AIOC’s presence and operations in Iran, Tehran received a derisory percentage of the huge revenue garnered from the oil that was extracted from its territory.

Mohammad Mossadegh became the country’s prime minister in 1951 on the back of a rise in national consciousness vis-à-vis the colonial and imperialist powers. Soon after coming to power he nationalized Iran’s oil and confiscated the assets of the AIOC. In a speech explaining his motives, he said,

Our long years of negotiations with foreign countries have yielded no results thus far. With the oil revenues we could meet our entire budget and combat poverty, disease, and backwardness among our people. Another important consideration is that by the elimination of the power of the British company, we would also eliminate corruption and intrigue, by means of which the internal affairs of our country have been influenced. Once this tutelage has ceased, Iran will have achieved its economic and political independence.

Britain responded by making it impossible for Iran to sell its newly nationalized oil on the world market. However, this wasn’t enough, and having persuaded the Americans that Iran was ‘in danger’ of turning communist, a plan to remove Mossadegh was hatched with the CIA playing the lead role.

In one of the recently declassified US State Department memos covering this sordid episode, the insouciance with which the possibility of a coup to topple Iran’s government is first mooted is simply staggering. Under the subheading ‘Problem’, a section of the memo reads,

The British Foreign Office has informed us that it would be disposed to attempt to bring about a coup d’etat in Iran, replacing the Mosadeq (sic) Government with one which would be more “reliable”, if the American Government agreed to cooperate. British and American intelligence agencies have had very tentative and preliminary discussions regarding the practability of such a move but cannot go further unless the State Department is prepared seriously to consider it as a matter of policy. The intelligence representative have requested a definite statement on this point.

In London the plan was signed off by the aforesaid Winston Churchill, at the time Britain’s prime minister, while in Washington Dwight D Eisenhower, as US president, authorized its implementation.

When Mossadegh got wind of the plan he closed the British Embassy in Tehran and expelled its staff. Discovering that the country’s then monarch, the Shah, was also in cahoots with the plan, he forced him to flee the country. However by now the CIA had succeeded in bribing various Iranian army and police officers, along with key journalists and members of the Iranian parliament. Together they helped to whip up an anti-Mossadegh atmosphere in the country, accusing him of being a communist, thus playing to the religiosity of a section of the population.

On August 191, 1953, Mossadegh was arrested along with thousands of his supporters. Upon his arrest, the Shah returned from exile to become Washington’s placeman, ruling the country with uncommon brutality and corruption until he was ousted in the Iranian Revolution of 1979.

Ultimately, no region has suffered more at the hands of US imperialism than the Middle East. It is, indeed, still suffering at its hands as these words are being written, with Iran in Washington’s crosshairs for daring to assert its independence, dignity, and resistance to hegemony.

As for Mohammad Mossadegh, he goes down in history as a leader with the courage to defy US and Western imperialism. It is a legacy which lives on in the obdurate refusal of the Iranian people to submit to Washington’s writ today, over half a century later.