How many people and families live in Iran? The headcount of 2016

Alliance Experts– Iran -the country located in the middle east, best known for the world with its history, and products like carpets and pistachio, and newly its active role in the politics- is the world’s 18th most-populous country. Iran‘s population increased dramatically during the later half of the 20th century, reaching about 80 million by 2016 according to year’s Iran Census.

Dependents are the ones younger than 18 or older than 65. The dependency ratio is 30.1%, of which 6.1% are 65+ years old. This is the first time in Iran census history, that the seniority of Iran has been more 6%; and is the start to aging process. At the moment; median age of the population has grown to 31.1 years old; which was 29.8 years old. It is the first time that the median age passes the border of 30 years old.The average population growth rate is 1.24%,which has decreased from 1.94% in the previous Iran census. This average population growth in rural areas is -0.73% and it is ringing the bells. 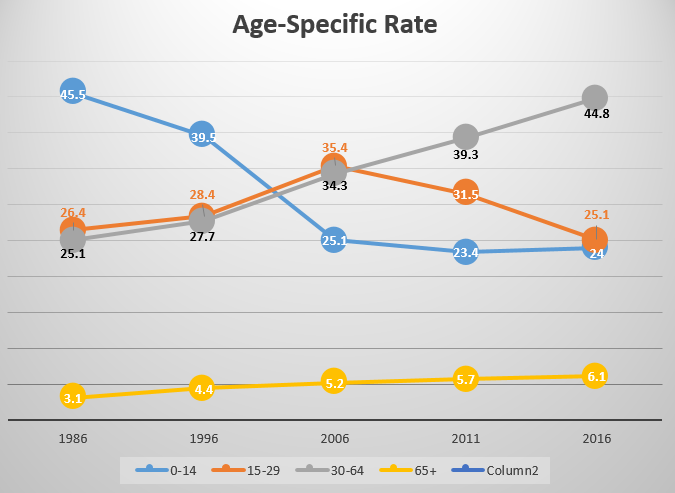 It is also interesting to know that the household size has shrunk over the years. In year 1976 Iran Census, the size of household was 5.02 but the results from Iran census 2016 shows that an average household is 3.3, which is a meaningful decrease.

The important part of the deal, is that the rural Household size is so close to the size of urban households, which is alerting to the significant rural life style and the future of agriculture in Iran.

Iran is known for its agriculture products and the decrease in the population of rural Households, is going to end up in deficit of human resource in the villages and it alerts major problems in Iran agriculture which is not as industrialized as American countries, and will harm the rate of agricultural production in a not so far future.

One of the main reasons to the shrink in rural household size, is the immigration of villagers, especially the youth to towns, and capital.

As a result to concentration of cities, the younger generation of villagers tends to immigrate to big cities. In case of Iran, There are few opportunities to gain quality higher education without immigrating to Tehran- the capital of Iran- and once they blend in the urban life, they prefer to live there.

Many inhabitants are fleeing border areas which may lead to security problems in the country’s border lines.

As a disadvantage of arise in immigration rate to Tehran, the city has been growing without any limits and there are many satellite towns near Tehran, that cause heavy traffic jams in Tehran, resulting in pollution and etc.

Another fact about the household size in Iran Census, is the single households. In 2016 Census, 8.5% of households, consists of one person. It speaks silently about the problems of married life, and the change in Iranian life style.