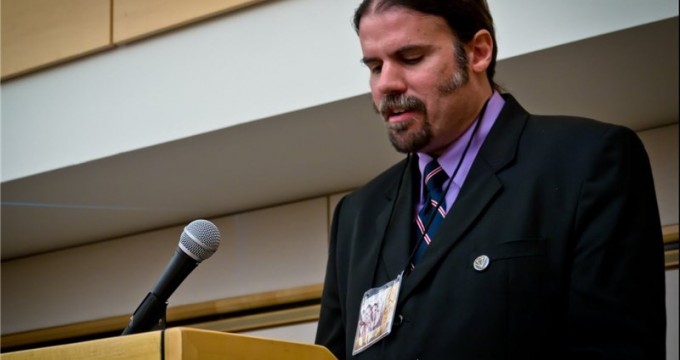 Wahhabi ideology behind Shia genocide in Saudi town: US analyst

Tasnim – An American political analyst described the extremist Wahhabi ideology dominant in Saudi Arabia as a driving force behind the killings of Shias in the kingdom’s besieged town of Awamiyah in the Qatif region.

“The Wahhabi ideology is very convenient for the Saudis because while the Saudi regime is primarily motivated by geopolitical concerns, and expanding its own political influence in the region, the Wahhabi ideology creates a pretext for these massacres of the Shia people in Yemen and Qatif,” Keith Preston, the chief editor and director of attackthesystem.com, told the Tasnim news agency.

Tasnim: As you know Saudi military bulldozers have almost razed Awamiyah to the ground amid the deadly crackdown on the besieged Shia town, forcing hundreds of its residents to flee their homes. The Middle East Eye news portal cited activists as saying that authorities have resorted to compulsory evictions in and around the historic al-Mosara district of Awamyiah. What’s the aim of the systematic Shia killings?

Preston: What they are doing in Awamiyah is the same thing they are doing in Yemen. It is all part of the same plan. Saudi Arabia is making war on Iran by means of committing genocide against Shia people in both Saudi Arabia and Yemen. The reasons for the massacres of the Shia people in Yemen and Qatif are clear enough. This is a systemic genocide that is being carried out for the purpose of eradicating the Shia population there. Two principal motivations on the part of the Saudi forces are behind these actions. The first of these motivations is the hostility of the Saudis, and their regional allies and collaborators within Yemen, to Iran and their fear that the Shias will be used by Iran as a means of expanding Iranian influence in Yemen and on their own soil. The Saudis wish to prevent Yemen from coming under the Iranian sphere of influence. These actions have their roots not only in the ongoing conflict between Saudi Arabia and Iran, but also in wider geopolitical conflicts on the global level. Iran, like Syria, is a nation that resists being incorporated into the Washington Consensus and seeks to modernize and develop its own society. However, the Saudis and their regional allies are also among Washington’s staunchest allies. The Houthi rebellion led the Saudis to fear that a pro-Iranian Yemen that also rejects the Washington Consensus might emerge. The ambition of the Saudis is to eliminate the Shias in Yemen and Qatif in order to remove any possibility of pro-Iranian sentiment developing any further in Saudi Arabia and Yemen. The second motivation is religious in the sense that the Wahhabi interpretation of Sunni Islam is not only dominant in Saudi Arabia, it is the state religion, and has a particularly powerful presence in the Saudi armed forces. The Wahhabists regard the Shia people as apostates, heretics, or infidels and consequently seek to annihilate them.

Tasnim: How much do you think the Wahhabi ideology is behind this genocide?

Preston: The Wahhabi ideology is very convenient for the Saudis because while the Saudi regime is primarily motivated by geopolitical concerns, and expanding its own political influence in the region, the Wahhabi ideology creates a pretext for these massacres of the Shia people in Yemen and Qatif. The political objectives of the Saudi state are bolstered by the religious hatred felt by the Wahhabists against the Shias. It is consequently easy for the Saudi regime to incite its armed forces motivated by religious hatred of the Shias to carry out these atrocities. The Saudi regime is using the hatred that its fanatical Wahhabist armed forces feel for the Shias as a means of motivating its armed forces to carry out a genocide that the Saudis wish to use to advance their geopolitical objectives.

Tasnim: The latest developments in the Shia-populated city came after a transition of power and after the new crown prince Mohammed Bin Salman took the helm of power in the Arabian Peninsula country. What do you think? Kindly explain.

Notice that the escalated attacks on the Shias and the domestic reform proposals announced by Mohammed Bin Salman are coming not only after his ascension to power but after the recent arms deal between Saudi Arabia and the United States. All of these factors are converging at the same time. The House of Saud has installed a younger crown prince that wishes to implement domestic changes that move Saudi Arabia further towards the neoliberal economic model and Western cultural model favored by the United States. The installation of Mohammed Bin Salman came approximately one month after the visit of US President Trump to Saudi Arabia and the development of the $110bn arms deal between the two nations. And now the escalation of the attacks on Yemen and Qatif are coming only a short time after Mohammed Bin Salman’s installation. These attacks on the Shias are being used to advance not only the objectives of the Saudis but also those of the United States as both nations wish to prevent Yemen from becoming part of the Resistance Block, or what they consider to be a “rouge state,” i.e. one that rejects the Washington Consensus. Therefore, it is not contradictory that Mohammed Bin Salman would offend Wahhabist clerics by proposing reforms in Saudi Arabia domestically while at the same time using the Wahhabist ideology as a weapon in the war against Yemen, and as a means of inciting genocide against the Shias.