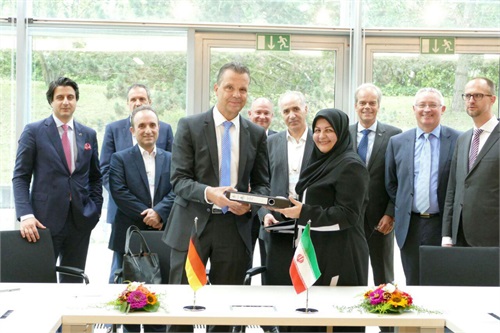 The deal was signed in a ceremony that was attended by Managing Director of NPC Marziyeh Shahdaei and senior Air Liquide executives.

Air Liquide S.A., or Air Liquide, is a French multinational company which supplies industrial gases and services to various industries including medical, chemical and electronic manufacturers.