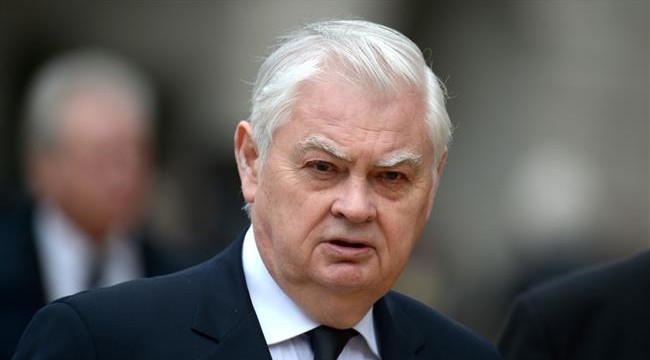 Head of Iran-UK Chamber of Commerce Lord Norman Lamont, who attended President Rouhani’s swearing-in ceremony in Tehran on August 5, asserted that the ceremony as the twelfth swearing-in ceremony of the Islamic Republic of Iran since the Revolution in 1979, shows Iran’s resilience and stability.

President Rouhani took oath at the parliament’s formal session on Saturday, attended by a number of politicians and envoys from across the world, including the Britain’s Minister of State for the Middle East Alistair Burt and Richard Bacon, Vice-Chairman of the Britain-Iran Parliamentary Friendship Group.

‘The ceremony was extremely dignified and the speech by President Rouhani was excellent,’ the British politician told the Islamic Republic News Agency (IRNA), adding that President Rouhani made clear his determination to honor his election promises and pursue the path of moderation.

‘In my view,’ Lord Lamont said that Dr. Rouhani ‘was quite right to voice his complaints over the problems on the JCPOA and banking restrictions.’

‘Iran has a strong point here,’ the British official who is also the UK’s trade envoy to Iran affirmed.

Rouhani won the 12th presidential election on May 19, sweeping 57% (23 million) of the votes that brought him a second term in the office as President of the Islamic Republic of Iran.