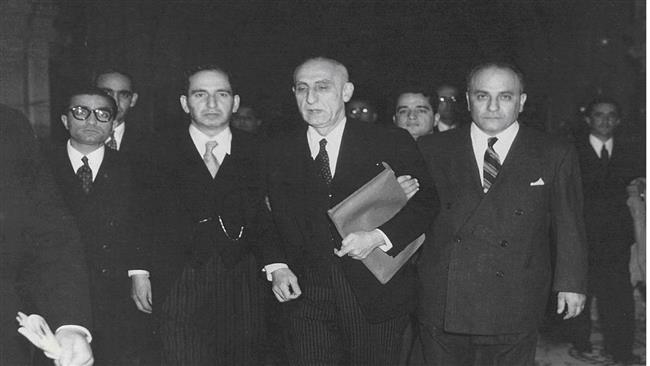 Britain pressed US to join Iran coup against Mosaddegh

Financial Times | David J Lynch: The British government in 1952 repeatedly asked the US to join in a coup aimed at toppling Mohammad Mosaddegh, Iran’s prime minister, according to newly declassified State Department documents.

The files offer “the first officially-released confirmation of Britain’s expressed aim in late 1952 to persuade Washington to help oust Mosaddegh,” according to two scholars affiliated with the National Security Archive, the private non-partisan research organisation that obtained the documents.

The “Top Secret” State Department memoranda — including one entitled “British proposal to organise a coup d’état in Iran” — also offer fresh insights into London’s assessment of Iranian politics and the threat to British interests that eventually led to the August 1953 coup.

That anti-government uprising, backed by Britain and the US, toppled Mosaddegh, ushered in more than two decades of authoritarian rule by Shah Mohammad Reza Pahlavi and embittered relations between Tehran and the west.

In 1952, Winston Churchill’s British government was desperate to regain control of Iran’s oil industry, which Mosaddegh had nationalised the year before, “by virtually any available means, including military action,” write Malcolm Byrne of the National Security Archive and Tulane University’s Mark Gasiorowski.

Beginning in October, British and US officials met at least three times to discuss prospects for toppling the Mosaddegh government. Sir Christopher Steel, the No 2 official in the British embassy in Washington, pitched the idea to reluctant US officials.

In recent years, the British government has repeatedly pressed US officials to shield from public view any official confirmation of London’s efforts to oust the Iranian government.

The documents made public on Tuesday were left out of a recent 1,007-page State Department volume released as part of its continuing “Foreign Relations of the United States” series. Mr Byrne and Mr Gasiorowski appealed against the government’s decision to keep the documents classified.

Before receiving an official reply, Mr Gasiorowski discovered the records at a government archive in College Park, Maryland.  A November 26, 1952 coup memo had been declassified on May 17, one month before the new State Deparment volume was published.

It is not clear whether London was consulted about the release of the 1952 documents, they added.  The Truman administration had balked at Britain’s initial calls to act against Mosaddegh, who had expelled British diplomats and intelligence officials several months after nationalising the oilfields.

By late 1952, the British had modified their sales pitch, stressing the need to take out Mosaddegh to combat “Communism in Iran,” the documents show. President Harry Truman and Dean Acheson, secretary of state, still refused to back a coup, preferring to work with Mosaddegh.

British officials politely rejected that proposal and, while recognising that the Truman administration was in its final weeks, pressed the US for a decision. “The best time for a coup would be in the spring,” Sir Christopher said, according to the December 3 memo.