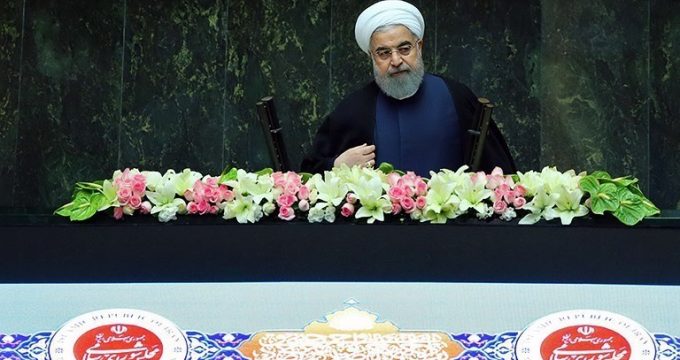 AFP- There were no major changes to Rouhani’s government, which is expected to continue his push for greater foreign investment and a technocratic approach to reviving the country’s stagnant economy.

Iranian President Hassan Rouhani put forward a new cabinet line-up on Tuesday that again included no women, despite criticism of their absence from his reformist allies.

There were no major changes to Rouhani’s government, which is expected to continue his push for greater foreign investment and a technocratic approach to reviving the country’s stagnant economy.

He did replace the defence minister, Major General Hossein Dehghan, with his deputy, General Amir Hatami- the first time in more than two decades that the post has been filled by someone from the regular army rather than the elite Revolutionary Guards.

All 18 cabinet members must be approved by parliament over the coming week.

Rouhani’s reformist allies have already criticised the president after news leaked that he would again fail to appoint any women to the cabinet- seen as a capitulation to religious leaders.

During his first term, she was one of three women among his large cohort of vice presidents, who do not require parliamentary approval.

The 68-year-old president is a moderate cleric, who won a sizeable election victory over hardliner Ebrahim Raisi in May, thanks largely to the support of reformists, who have felt ignored in the selection process for the new government.

With no official parties in parliament, Rouhani must coordinate among a shifting pattern of political factions, none of which holds a definitive majority of the 290 seats.

He is known to have coordinated closely on his appointments with other power-brokers, including supreme leader Ayatollah Ali Khamenei, the Revolutionary Guards and the judiciary.

(This story has not been edited by NDTV staff and is auto-generated from a syndicated feed.)