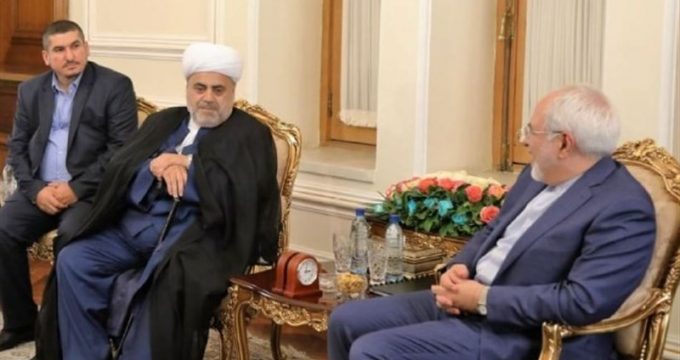 Speaking in a meeting with Allahshukur Pashazadeh, the Sheikh ul-Islam of Azerbaijan and head of Caucasia Muslims Bureau, Zarif hailed the relations between Iran and Azerbaijan as outstanding, noting that the two countries’ presidents have held several meetings in recent years.

“For us, the progress and stability of Azerbaijan is of high importance,” the Iranian top diplomat added.

Pashazadeh, for his part, thanked Zarif for his efforts to strengthen the “good relations” between Tehran and Baku and vowed efforts to further boost the ties.

In the past few years, Iranian President Hassan Rouhani and his Azeri counterpart Ilham Aliyev have paid several reciprocal visits to the other country and the two sides have signed a number of memorandums of understanding and agreements to promote mutual cooperation in a range of fields, especially economy and trade.