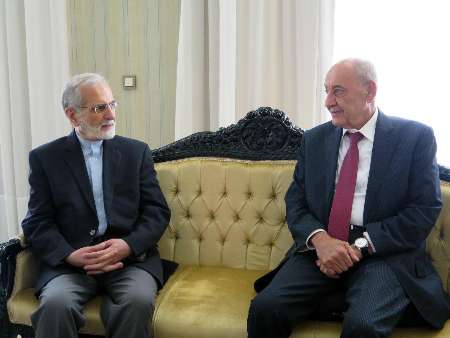 US, Israel plotting to break Syria, Iraq down: Iranian official

IRNA – In a meeting with the Lebanese parliament speaker Nabih Berri, the president of the Strategic Council on Foreign Relations said that peoples and the governments of the region should be very observant of US and Zionists’ plot to Balkanize Syria and Iraq.

Kamaal Kharrazi congratulated Berri on Arsal operation and in all groups and tribes are happy with the victory.

Western Qalamun in Syria and Arsal heights in Lebanon are part of a region common between the two countries which were witnessing the terrorists activities within the past three years. In late July, a military operation by resistance forces with support of Lebanese army and people liberated the area from al-Nusra terrorist group control.

The Lebanese parliament speaker Berri called Israel the biggest supporter of terrorism and said the US and the Zionists are plotting to balkanize Syria and expressed his displeasure with the fact that Syria has turned into a scene of politial games between big powers.