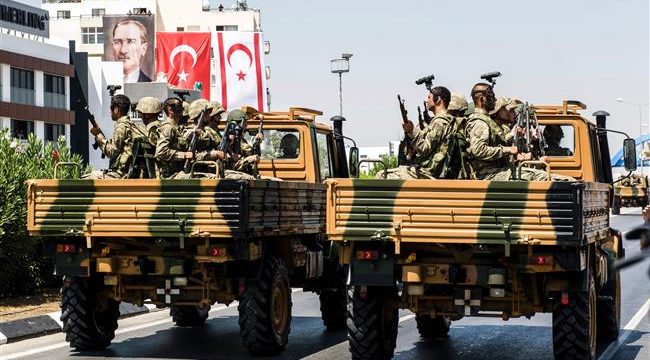 Press TV- The Turkish and Qatari militaries have wrapped up a joint exercise, flaunting the two sides’ alliance in the face of a Saudi-led onslaught targeting Doha.

On July 31, the two sides held joint naval drills spanning two Qatari ports, and featuring the Turkish Navy’s TCG Gökova Frigate. The militaries then played out a ground leg for the drills, which enlisted more than 250 Turkish troops and 30 armored vehicles.

Turkey took Qatar’s side after Saudi Arabia, Bahrain, Egypt, and the United Arab Emirates cut their diplomatic ties and transport links with the emirate on June 5, accusing it of “terror” support. Doha rejects the claim.

Turkey started shipping food to the tiny kingdom after the crisis began, and is pushing through legislation to allow deployment of hundreds of reinforcements to a base it runs on the Qatari soil.

Ankara has said it will deploy 3,000 ground troops at the base to serve as a venue for joint training exercises and to support anti-terrorism efforts.

The quartet have asked Doha to close down the base, limit its Iran ties, and also shut down its Al Jazeera broadcaster.

Iran likewise stood by Qatar during the crisis and provided it with food supplies.

Ankara and Tehran have, meanwhile, laid emphasis on the need for negotiation as a means of resolving the contention.

The Saudi-led bloc says Qatar has to meet the demands before any dialog could go underway on potential resolution of the crisis.

Doha says the bloc has to first lift the blockade and rejects the demand to close down the base and restrict relations with the Islamic Republic as interference in its internal affairs.