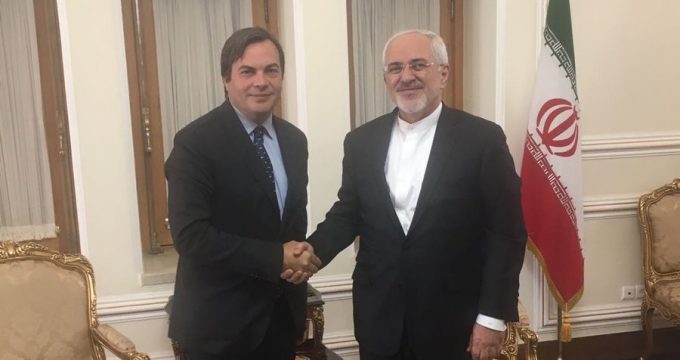 The talks focused on the implementation of the July 2015 deal also known as the Joint Comprehensive Plan of Action (JCPOA) and the fight against terrorism, the terrorist group of Daesh in particular.

The two sides also discussed the regional questions including the issue of Syria and the Astana talks.

Talking of bilateral issues, Zarif elaborated on economic projects being implemented in Iran, stressing there are good opportunities for the Italian companies to increase their presence in Iran.

For his part, the Italian diplomat said the investment companies in his country are ready to develop cooperation with Iran.

Amendol flew to Tehran to take part in the oath-taking ceremony of the Iranian President Hassan Rouhani which was held on Aug 5.