Mecca ruled by House of Saud should belong to all Muslims

RT | Ms. Marwa Osman: How fair is it that Islam’s holiest sites, Mecca and Medina, are controlled by Saudi Arabia, with the wealthy kingdom often using them as a political tool to increase its already huge influence in the Muslim world?

Perhaps, it’s time to find a solution to the dilemma of ruling the Islamic holy sites by a small fraction of Muslims.

In many ways, the monarchy of Saudi Arabia – known for its violations of human rights and supporting extremism – stains the reputation of Islam. However, the House of Saud controls Mecca, the direction of Muslim prayer and location of the Hajj pilgrimage, and Medina, where the Prophet Mohammed built the first Muslim society, died and is buried. Every year, millions of pilgrims descend on Mecca to circumambulate the Kaaba, the cubical shrine we believe was built by Abraham to honor God, and restored by Prophet Mohammed to His worship.

Saudi Arabia has often been politicizing the holy site in Mecca, so it is vital to find an immediate solution. Politicizing has included issuing visa bans and threats against countries that don’t share its regional political views. The KSA is accused of making threats to African countries that have refused to support the blockade against Qatar, including an attempt to resort to coercion and blackmail. 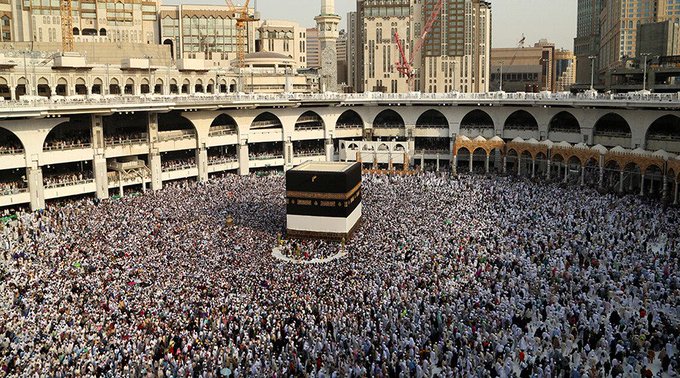 Iran also accused Saudi Arabia of “blocking the path leading to Allah” in 2016 when Tehran announced its pilgrims would not perform the Hajj in Mecca that year. The feud started as a result of the 2015 stampede that ended with the death of 2,300 pilgrims, including 464 Iranians, leading Tehran to accuse the kingdom of being unable or unwilling to manage the Hajj safely.

Syria as well had a share in the politicizing drama of the Muslim holy sites. This week the Syrian government accused the Saudi authorities of continuing restrictions in place since 2012 on Syrian citizens looking to take part in the annual Muslim pilgrimage.

Over the years of his rule, the late Libyan leader Muammar Gaddafi called for the foundation of what he referred to as the “Islamic Vatican” in Mecca and Medina, so the Islamic holy lands in Hijaz are under the tutelage of an Islamic body that becomes the supervisor and preacher of the holy sites.

It was not the first time the late leader put forward the proposal. Whenever his relationship with the Al Saud regime became strained, Gaddafi re-offered this proposal. He saw that the Saudi regime did not have the legitimacy to solely be the Custodian of the Two Holy Mosques because the Saudi monarchy was loyal to the ‘crusader’ West and imperialist America. This same proposal was also promoted by late Ayatollah Ruhollah Khomeini after the Iranian revolution and during the first Gulf War that Imam Khomeini fought against Saddam Hussein’s Iraq for eight years.

Between the desire of the Libyan leader and that of Imam Khomeini about an Islamic Vatican project, many questions arise and the most important of these issues is: how legitimate is the Saudi guardianship over the holy sites in Mecca and Medina?

In the context of the modern nation-state, the centrality of Mecca to all Muslims has been the cause of immense trouble. It means that whether Muslims like it or not, the House of Saud is now the presumptive leader of Islam. Why? Because they have power over Mecca. Out of respect, the balance of Muslims in the world cannot decry the House of Saud, for they are the self-appointed “Guardians of The Two Holy Mosques”. The majority of the Muslim nations simply consent to the notion the House of Saud is their presumptive leader due to the fear of falling victim to visa restrictions or worse becoming a foe of the kingdom with Qatar being a significant example. The deep-seated respect for Mecca provides the House of Saud with religious legitimacy in the entire Muslim world, such that everything that comes from Saudi Arabia is considered to be the truest expression of Islam even if it is clearly the Wahhabi teachings are anti-Islamic and usually the source of Islamist terrorism. It is not Saudi oil which sells Wahhabi theology. It is the weight of Mecca which gives it gravity. Calls have been escalating lately to free Mecca from the grip of the House of Saud – take away Mecca, and the theology of regression follows suit.

Many opponents of Saudi tutelage see Saudi Arabia’s rule as a direct result of the British strategy of colonial divide and rule, and reliance on Muslim forces to promote imperial interests. This colonial divide reached its apogee in the Middle East during and after the First World War. It is based on sectarian strife that publicly divided Muslims and turned their lives into hell through extremist movements that most of its leaders and founders studied in Saudi Arabia with Wahhabi books. Al Saud in the past decade has even gone as far as illegally dismantling some of the oldest sections of Islam’s most important mosque as part of a highly controversial multi-billion dollar expansion which infuriated Muslims worldwide.

Before 1932, and the establishment of what is now known as the Kingdom of Saudi Arabia, the territory of the Hejaz was under the rule and supervision of the Sharifs and specifically Hussain the Sharif of Mecca. 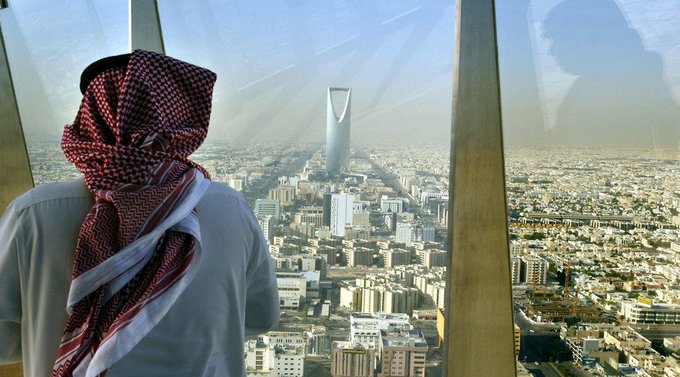 After the end of the Ottoman Empire, in May 1919, the Bedouin Najdi leader Najdi Abdul Aziz al Saud (known as Ibn Saud) moved from south of Iraq and southeast of what today is Jordan toward Mecca. In 1924-25, Ibn Saud and his Wahhabi fighters drove Sharif Hussein ibn Ali, the father of the Hashemite brothers in Iraq and Transjordan, from the holy cities of Mecca and Medina.

His territory then extended northwest and north to the edge of territories the British had given to the Hashemite brothers: Transjordan and Iraq. The British responded to a raid into Transjordan with a ground and air attack. Ibn Saud then submitted to a British decision regarding borders. The British gave him a free hand in the Hejaz and the Nejd as part of Britain and France’s secret agreement to divide the Middle East into their zones of influence, in the Sykes-Picot Agreement, named after their respective foreign ministers.

Despite massive Western support for the House of Saud, many Muslims assert that Mecca even though labeled as a Saudi city, was and still is an Islamic heritage belonging to all Muslims. In Islam teachings, no Muslim has the right to monopolize the guardianship of the Holy sites since the principle of guardianship in the current state of fragmentation is unacceptable because this trusteeship is considered a sacred legal right for all Muslims. To presume guardianship on the land of the Two Holy Mosques, one simply needs the consent of Muslims. The issue here is in the absence of an Islamic Caliphate or a Commander of the Faithful, the solution would be to reconsider at the very least a referendum among Muslims, and in the absence of such a referendum, the matter of Saudi guardianship is seen by some as lacking legitimacy.

At the least, Saudi Arabia will obviously hate the idea of a referendum. To them it is perfectly reasonable to claim any call for internationalizing Mecca and Medina is “a call for war”. Last week the Saudi foreign minister tried to describe this request made by Qatar was a way of defying the House of Saud, which Qatar has denied.

It is simply not a Gulf feud. It is an international Islamic matter. For the Saudis, the holy shrines are sacred cows, or better yet, cash cows. In addition to massive amounts of money the Saudis collect from pilgrimages, and religious tourism, control of the sites grants the monarchy priceless prestige within the Islamic world. Every devout Muslim must try to make the pilgrimage to Mecca and Medina at some point in his/her lifetime as the Hajj is one of Islam’s five pillars of faith. As long as the House of Saud holds onto to these sites, it will be seen by all Muslims as holding the keys to the gateway of Allah.

Saudi Arabia currently rules Mecca and Medina, but they belong to the Muslim world. They are our collective sacredness. They shouldn’t be an individual possession. Islam is a very egalitarian religion. Islam has few hierarchies, and those that exist are not widely shared. Why then does a regime which represents a small portion of Muslims, exports and enforces an ideology that is historically opposing Islam’s rich traditions of pluralism, spirituality, and cosmopolitanism, allowed to control our holy cities? Why don’t everyday Muslims get a say?

One possible solution is a collection of Muslim nations to begin a movement using international legal remedies and diplomacy to make Mecca and Medina either independent nation-states unto themselves (as is the Vatican) or to have them rendered international protectorates with the task of their protection and maintenance falling upon the Muslim world jointly. Muslims, by having a Mecca no longer identified by its ethnicity, but by its religion, can all compete to become better Muslims, as opposed to competing to become the pawns of Al Saud. Turning the ruling system in Mecca into that similar to the Vatican system would ensure the non-politicizing of the Muslim holy sites.

There might be one problem with internationalizing Mecca though. Mecca would remain functionally dependent upon Saudi Arabia, which would have an internationalized Mecca surrounded and would thus have de facto control over who and what enters or leaves Mecca. Meaning they could continue to squeeze any manner and number of concessions from Mecca simply through restrictive travel policies aimed at Mecca. To fix this, Mecca and Medina should become and remain a visa-free zone for all Muslims seeking pilgrimage.