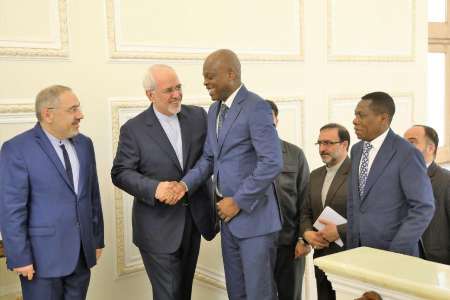 Zarrif made the remarks in a meeting with Togo Foreign Minister Robert Dussey on Saturday.

Iran is ready to maintain cooperation in fighting terrorism and extremism with Togo, he said.

Meanwhile, Dussey voiced satisfaction with his tour to Iran and expressed Togo’s interest in increasing Iranian firms’ economic activities in its territory.

During the meeting, both sides stressed establishing cooperation in international bodies especially in the United Nations and the Non-Aligned Movement (NAM).

He is in Tehran to attend President Hassan Rouhani’s inauguration ceremony to be held on Saturday.