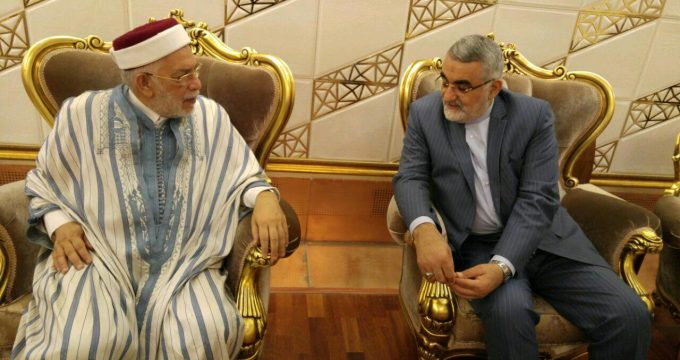 Regional crises to be solved through dialogue: Tunisia

August 5, The Iran Project – Vice-President of the Tunisian Parliament has dismissed any military solution to regional disputes, saying the crises are solved not by weapons but by dialogue and peaceful solutions.

Speaking to a reporter on Saturday, Sheikh Abdel Fattah Moro, Vice-President of the Tunisian Parliament urged all regional countries to cooperate for solving the already existing crises in the region.

Heading Tunisia delegation to attend the inauguration ceremony of President-elect Hassan Rouhani in Tehran on Saturday, Sheikh Abdel Fattah Moro said the visit to Iran is aimed at consolidating the historical ties between the two countries.

Iran-Tunisia’s relations have always been based on mutual respect and interests, he noted, expressing hope for further cooperation between the two countries.

On Thursday, Leader of the Islamic Revolution Ayatollah Seyyed Ali Khamenei formally endorsed Hassan Rouhani as president, paving the way for him to take office for a second term as the head of Iran’s 12th administration.

In addition, the inauguration ceremony of President-elect Hassan Rouhani is being held (at Majlis Parliament) on Saturday and leaders and senior politicians from around the world have arrived in the Iranian capital, Tehran, to attend the event.