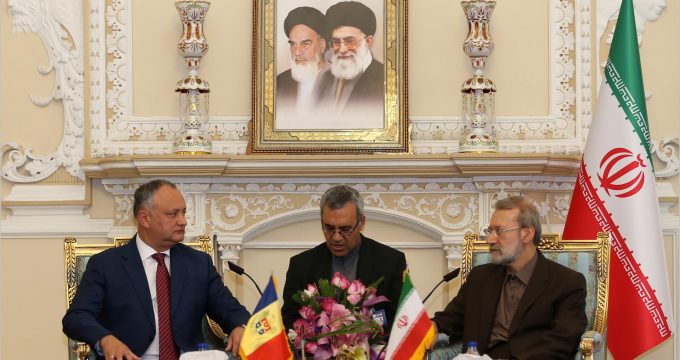 IRNA — Majlis speaker Ali Larijani pointed to recent sanctions imposed by the US on Iran and Russia, said renewing cold war will benefit no country.

Larijani made the remarks Saturday in a meeting with Moldovan President Igor Dodon.

There are many cooperation opportunities between two countries and chambers of commerce play major role, he said.

He went on to say that both countries will be able to maintain cooperation in selling oil, transportation and machineries.

Meanwhile, Dodon expressed hope for the US not to start a cold war since it would be harmful for all sides.

Dodon is in Tehran to participate in President Hassan Rouhani inauguration ceremony.