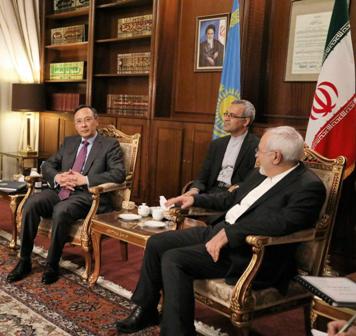 Abdrakhmanov made the remarks Saturday in a meeting with Foreign Minister Mohammad Javad Zarif .

He stressed maintaining tourism cooperation, saying the country is interested in establishing cooperation in the field.

Meanwhile, Zarif said relations have been bolstered between the two countries after the meeting between Iranian and Kazakh presidents.