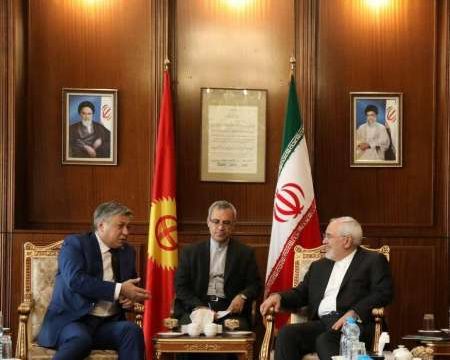 Zarif made the remarks Friday in a meeting with his Kyrgyz counterpart Abdyldaev Erlan Bekeshovich.

He also expressed Iran’s interests in maintaining cooperation between the two countries in energy, agriculture and transit fields.

He went on to say that Iran presidential elections led to bolstering Iran’s regional and international status.