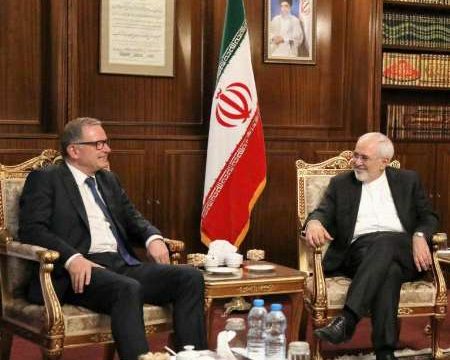 Zarif made the remarks Friday in a meeting with First Vice-President of the Parliament of Austria Karl-Heinz.

During the meeting, both sides emphasized promoting bilateral cooperation in banking.

Karl-Heinz is in Tehran to participate in President Hassan Rouhani inauguration ceremony which is slated to be held on August 5 in Tehran.