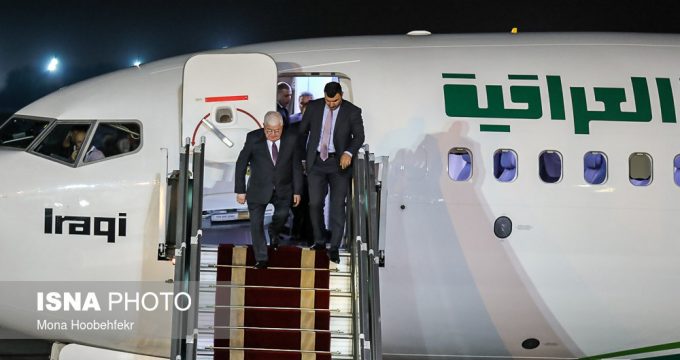 IRNA – Iraqi President Fuad Masum arrived in Tehran on Friday to participate in President Hassan Rouhani swearing-in ceremony slated to be held on August 5 in Tehran.

Rouhani is due to take the oath of office in front of the parliament on Saturday afternoon in a ceremony to be attended by top-ranking Iranian officials as well as senior officials from 92 countries.