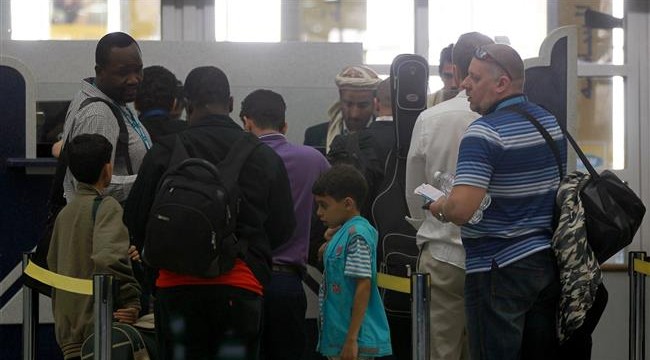 According to the UN’s country director of the UN Development Program, Auke Lootsma, on Tuesday, the global body operates two aid flights into Sana’a from Amman and Djibouti, which due to lack of fuel get stranded in Yemeni capital.

“We have difficulties obtaining permission from the coalition and from the government of Yemen to transport this jet fuel to Sana’a to facilitate these flights,” he said.

The fuel must arrive in Sana’a via the port city of Aden which is in control of Riyadh. The Saudis have repeatedly been accused of blocking aid to Yemen.

Lootsma also announced an outbreak of meningitis in Yemen, which is already suffering from a cholera epidemic and is at the risk of famine.

He noted that the situation in the country is “very bleak” and several new cases of meningitis have been detected in Yemen.

Saudi Arabia has been leading the campaign against Yemen to reinstate the former government and crush the Houthi Ansarullah movement. The campaign has seriously damaged the country’s infrastructure. Local Yemeni sources have put the death toll from the Saudi war at over 12,000, including many women and children.

Meanwhile, Saudi Araba has started a huge development program aimed at turning 50 islands and other locations on the Red Sea into luxury resorts, as part of attempts to diversify the kingdom’s economy, as oil prices drop.

Construction of the project is set to begin in 2019. The first phase will include construction a new airport plus several luxury hotels and residences.

The project is part of the so-called Vision 2030 plan which is spearheaded by Saudi Crown Prince Mohammed bin Salman who claims it will be capable of transforming the country economically by the year 2030.

He says it is aimed at ending Saudi Arabia’s “addiction” to oil, and it envisaged raising non-oil revenues from 43.6 billion dollars in 2015 to 267 billion dollars by 2030.

Riyadh is currently dealing with economic struggles brought on by a budget deficit of nearly $100 billion in 2015 caused by a sharp slump in oil prices as well as Riyadh’s rising military expenditure, a large amount of which is being funneled into its military campaign against Yemen.

The campaign, which lacks any international mandate and has faced increasing criticism, has claimed the lives of more than 12,000 people, most of them civilians.