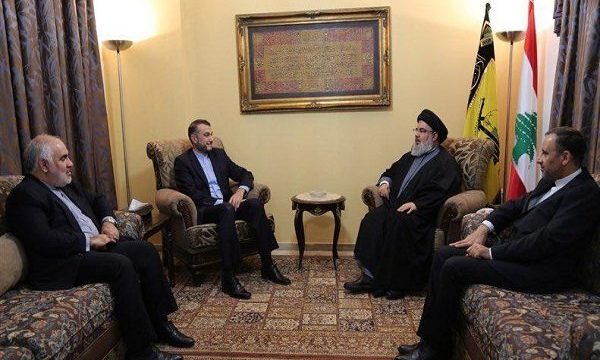 Press TV- The secretary general of the Lebanese Hezbollah resistance movement says Israel’s acts of aggression at the al-Aqsa Mosque compound are the result of bids meant to normalize ties between certain regional Arab countries and the Tel Aviv regime.

Sayyed Hassan Nasrallah said Tel Aviv’s measures at the mosque were also the consequences of the so-called peace plans between Israelis and Palestinians.

However, he stressed that Israel’s ploy at al-Aqsa Mosque had failed as they were met with widespread condemnation and the massive presence of Palestinians at the holy site.

Nasrallah made the remarks in Beirut during a Wednesday meeting with Hossein Amir-Abdollahian, a special adviser on international affairs to the Iranian parliament speaker.

“Zionists are seeking to use all possible means to normalize their ties with certain countries of the region and the Arab world and at the same time they are taking steps towards the collapse of these countries,” he said.

He also warned against plots to partition the Middle East and alter the geographic map of the region and that of the Muslim world, saying such schemes are devised to help the enemy achieve its goals.

The Hezbollah chief also praised the role of Leader of the Islamic Revolution Ayatollah Seyyed Ali Khamenei in recognizing and countering the evil plots of enemies against the region and the Muslim world, saying the issue of resistance in Palestine, Syria and Lebanon is directly linked to regional stability and security.

The Iranian official, for his part, lauded the role of Hezbollah in contributing to the security of the region.

While rendering assistance to the campaign against terrorism, Iran employs all its diplomatic capacities to fully support “realistic and fair” political solutions to the conflicts in the region, including in Syria and Yemen, said Amir-Abdollahian.

Tensions have recently escalated in the West Bank and Jerusalem al-Quds between the Israeli forces and the Palestinians after the Tel Aviv regime imposed restrictions on al-Aqsa Mosque.

Muslims refused to hold prayers at the mosque and prayed on the streets around the Old City of Jerusalem al-Quds for almost two weeks after Israel installed metal detectors at entry points of the holy site following a deadly shooting incident on July 14.