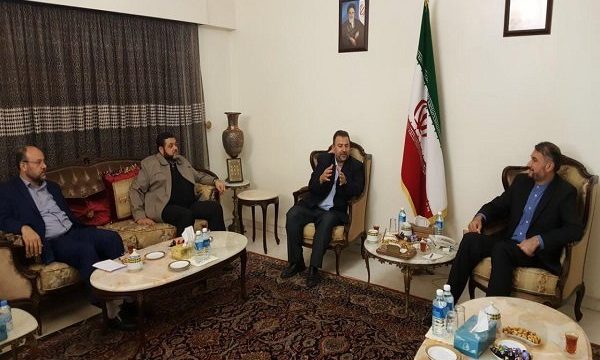 MNA – Iranian official Hossein Amir-Abdollahian said attempts by certain Arab countries to normalize ties with Israeli regime “will get nowhere” due to public opinion’s awareness and attention to the Palestinian issue.

Parliament’s General Director for International Affairs Hossein Amir-Abdollahian made the remarks in a meeting with Hamas activist Salah al-Arouri in Beirut on Tuesday.

During the meeting, Amir-Abdollahian voiced Tehran’s support for Hezbollah, Hamas and Islamic Jihad within the framework of a united Islamic world and in the fight against the Israeli regime.

He went to add that the recent developments concerning al-Aqsa Mosque showed that the only way to achieve victory over the Zionist regime was through unity among all Palestinian groups.

“Today, a great part of regional security and combating terrorism is provided through the unity and strength of the Resistance Front,” the Iranian official stressed.

The Resistance Front has achieved the expected results in the fight against terrorism and Zionism, he said.

Al-Arouri, for his part, thanked the Islamic Republic for its support to Palestine and the resistance movement, adding “we will continue the fight until the complete liberation of all Palestinian territories is achieved.”

“Muslim countries must not allow the regional developments to end up benefiting Tel Aviv,” he stressed.