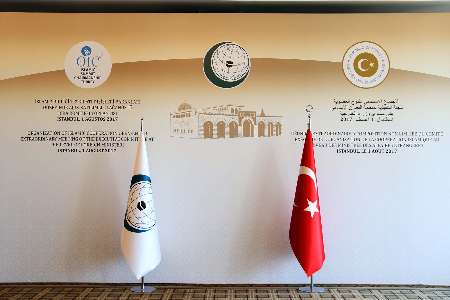 OIC extraordinary meeting on Palestine kicks off in Istanbul

IRNA – Organization of Islamic Cooperation (OIC) extraordinary meeting on Palestine and al-Aqsa started work on Tuesday in this Turkish city.

Senior experts of the foreign ministries of over forty Islamic states are present in the OIC day-long meeting.

Also foreign ministers of 14 Islamic countries including Iran have partaken in the meeting on Palestine.

Prior to the meeting, Iranian Foreign Minister Mohammad Javad Zarif and his Turkish counterpart Mevlüt Çavuşoglu held talks on the issue of Palestine.

Recent developments in al-Aqsa Mosque and the limitations imposed by the Zionist regime on Palestinians are among reasons behind holding the meeting.

After the meeting, a statement is also to be released on recent incidents in Palestine and the Zionists pressures on Palestinians.

The Zionist regime prohibited Palestinians from entering the al-Aqsa Mosque on two consecutive Fridays. The Zionists urged the Palestinian worshipers to go through electronic gates but they disobeyed the order.

Also in a clash between the Quds occupying regime forces and the Palestinians happening in front of the Mosque, three Palestinians were martyred on July 14.