A Look at Iranian Newspaper Front Pages on August 1

Iran Front Page- IFP has taken a look at the front pages of Iranian newspapers on Tuesday, August 1, and picked headlines from 13 of them. IFP has simply translated the headlines and does not vouch for their accuracy.

Newspapers today continued covering the pressures on President Hassan Rouhani on the line-up of his future cabinet.

The issue of choosing women ministers and cabinet members was particularly highlighted by many news outlets.

The Islamic Republic’s response to the US provocative actions, including the fresh sanctions ratified by the US Congress, also received great coverage.

2- Judiciary Chief: Officials Should Respond to US in United, Unanimous Way 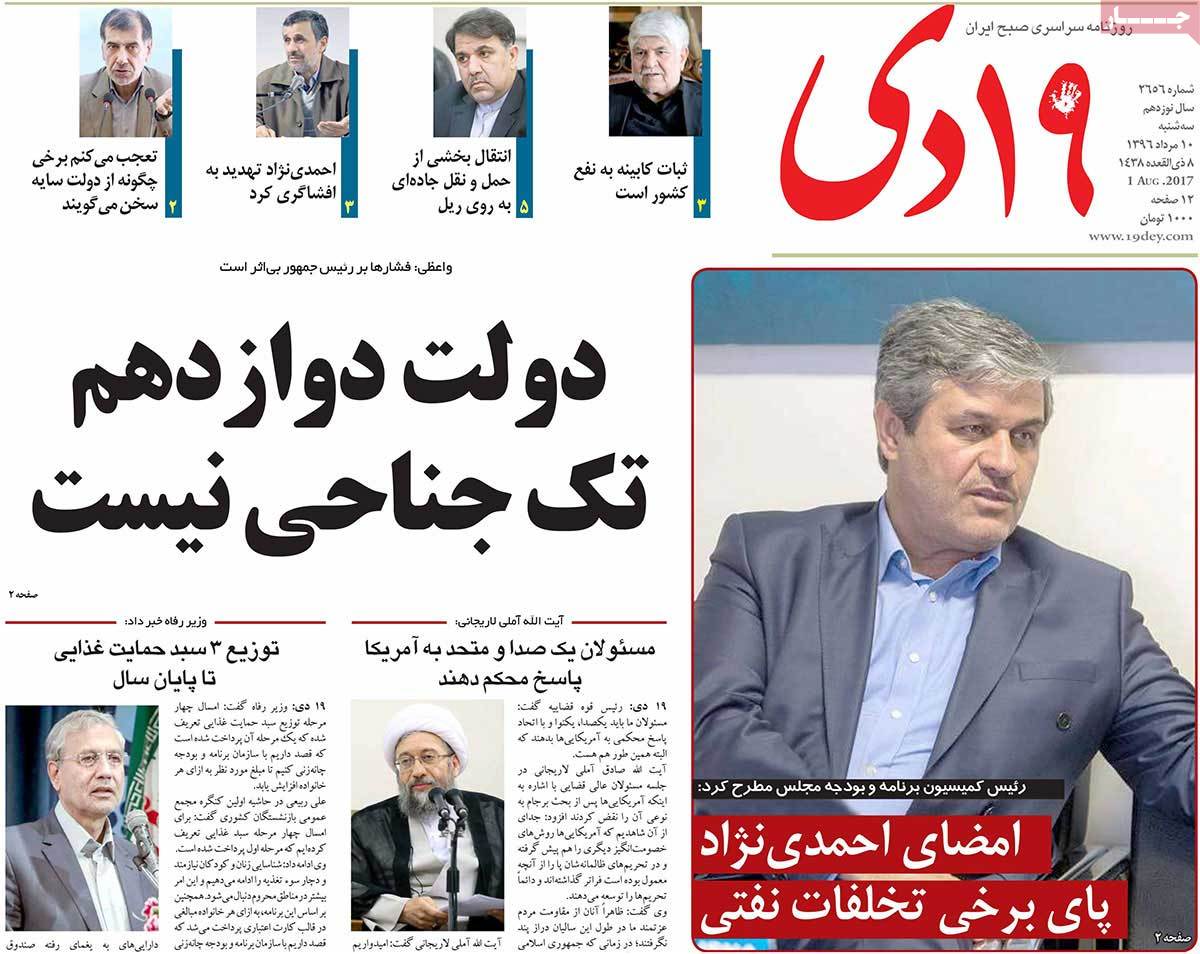 1- 755 US Diplomats Deported from Russia on Putin’s Order 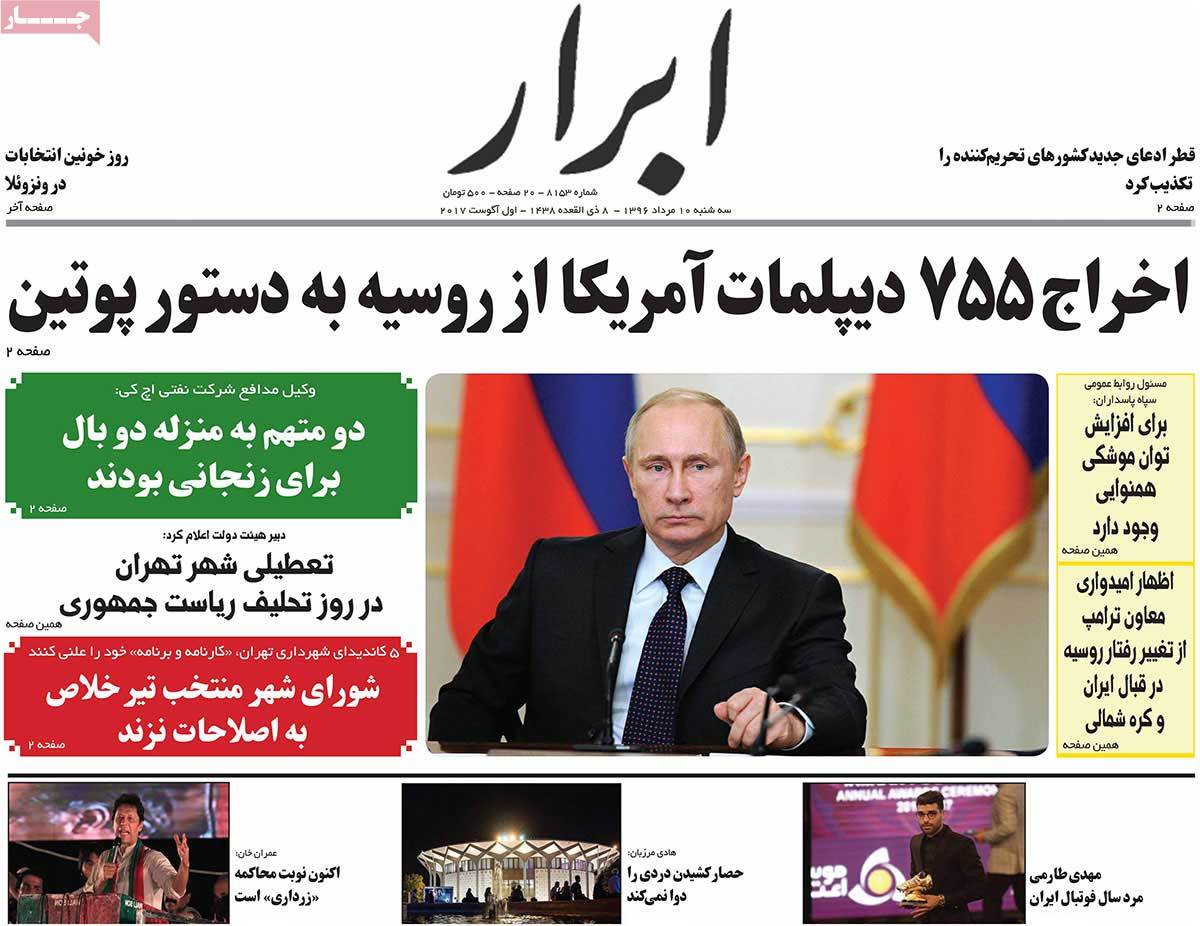 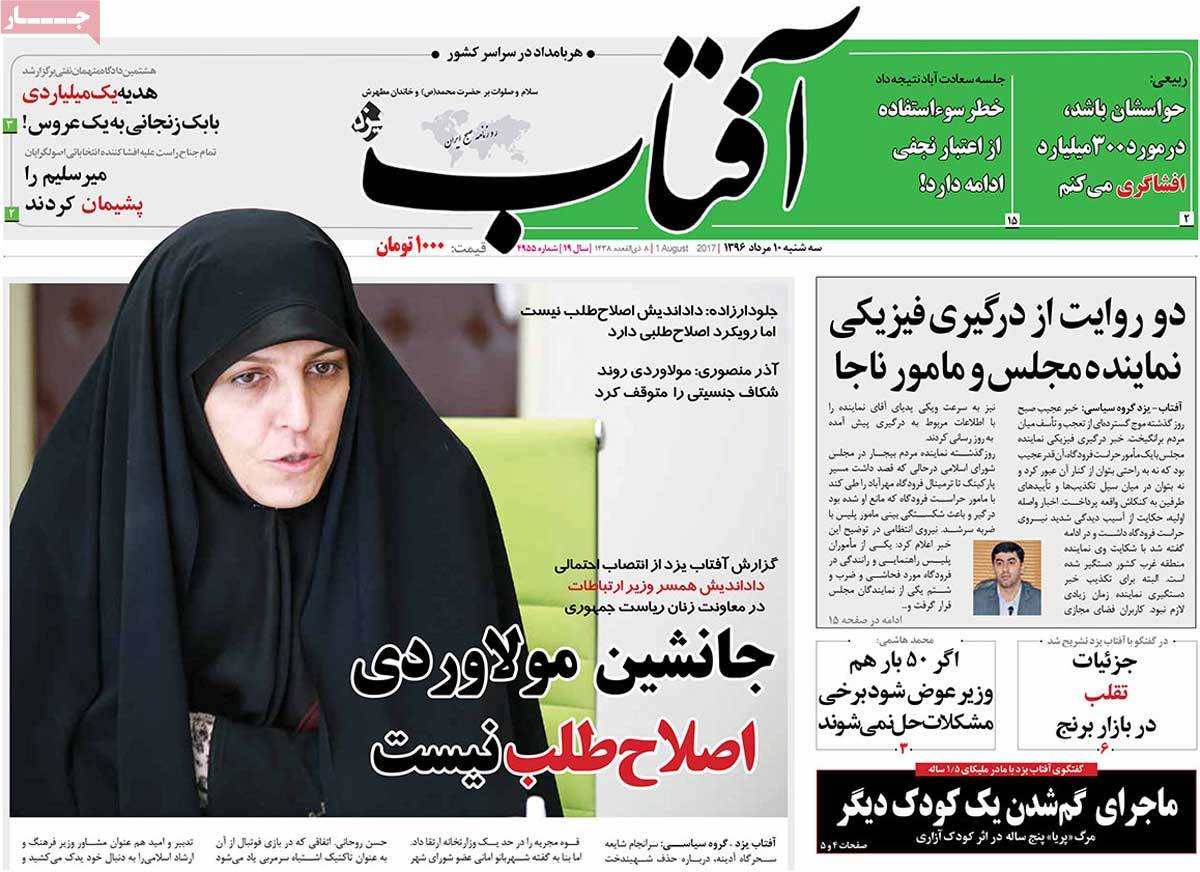 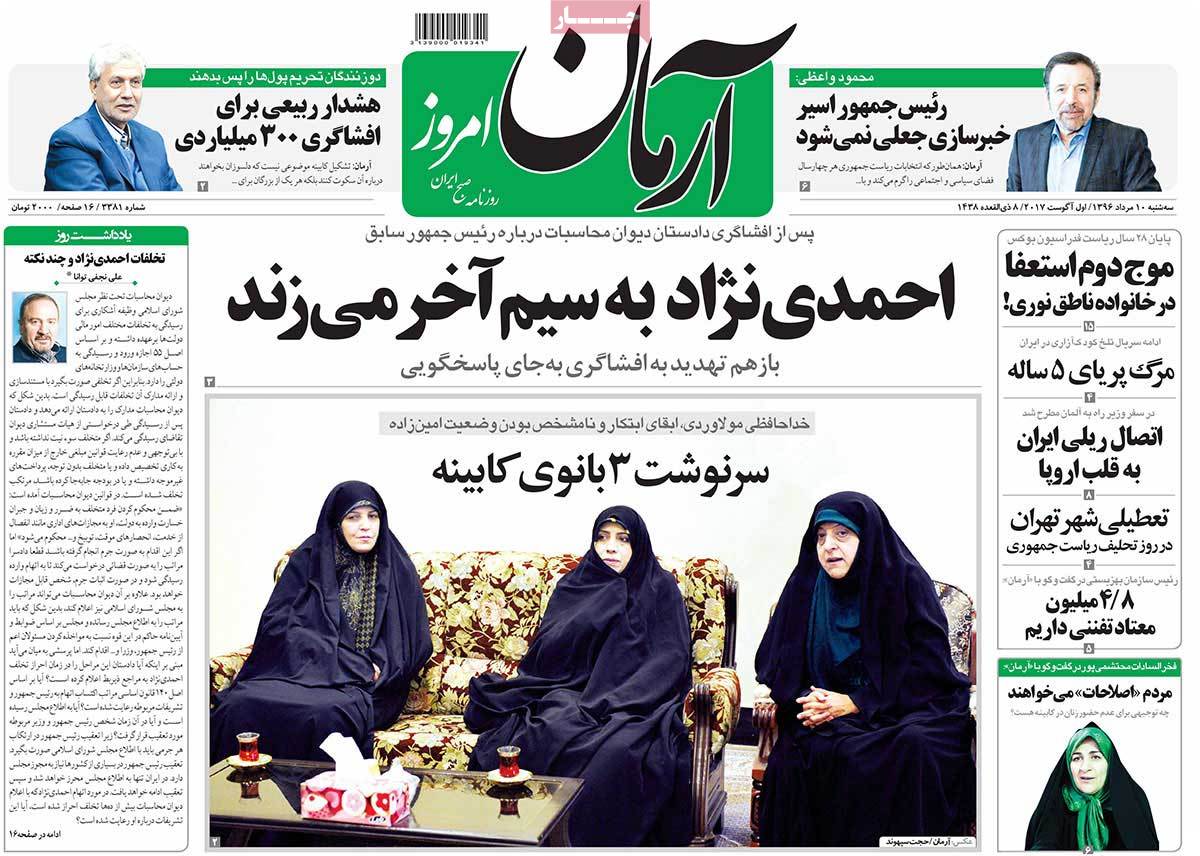 2- Deputy Interior Minister: Security to Be Tightened on Inauguration Day 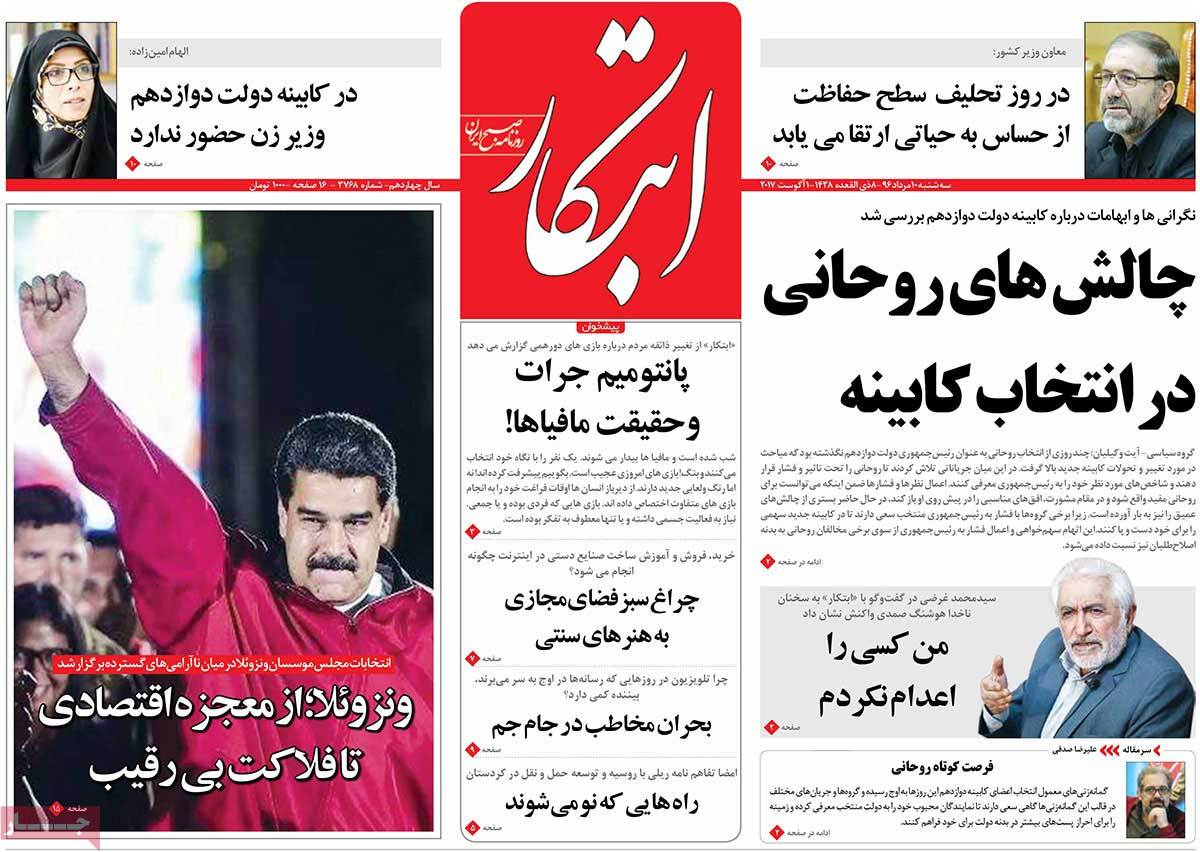 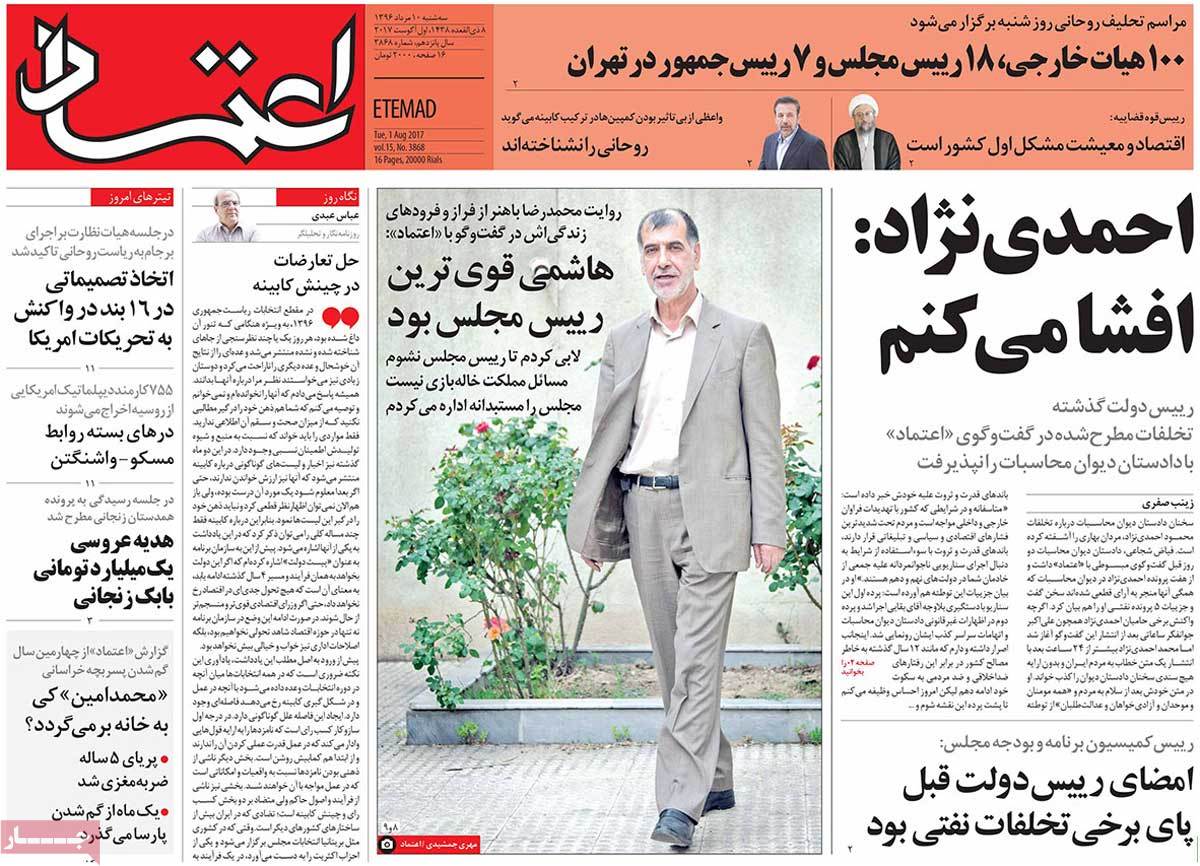 1- Germany, Russia to Cooperate in Development, Renovation of Iran’s Railway 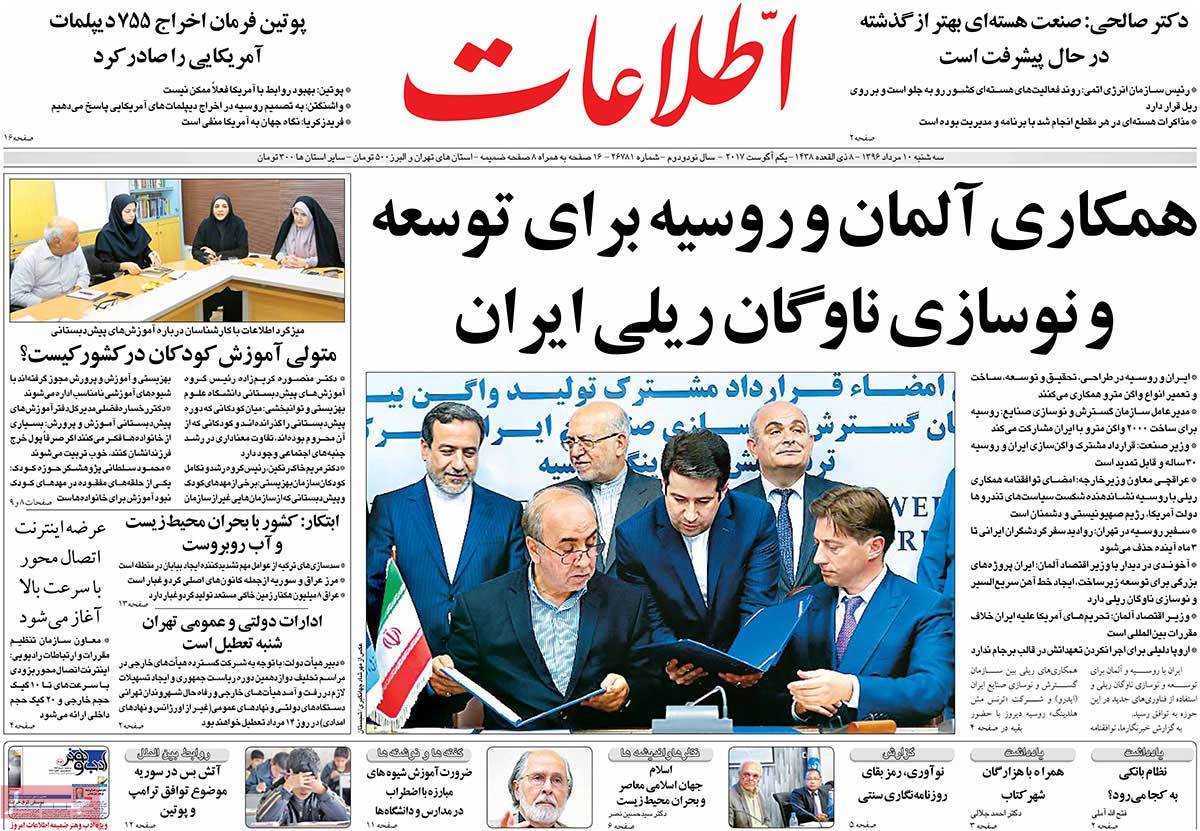 1- Hell in Istanbul: Iranians Continue to Be Taken as Hostage in Turkey 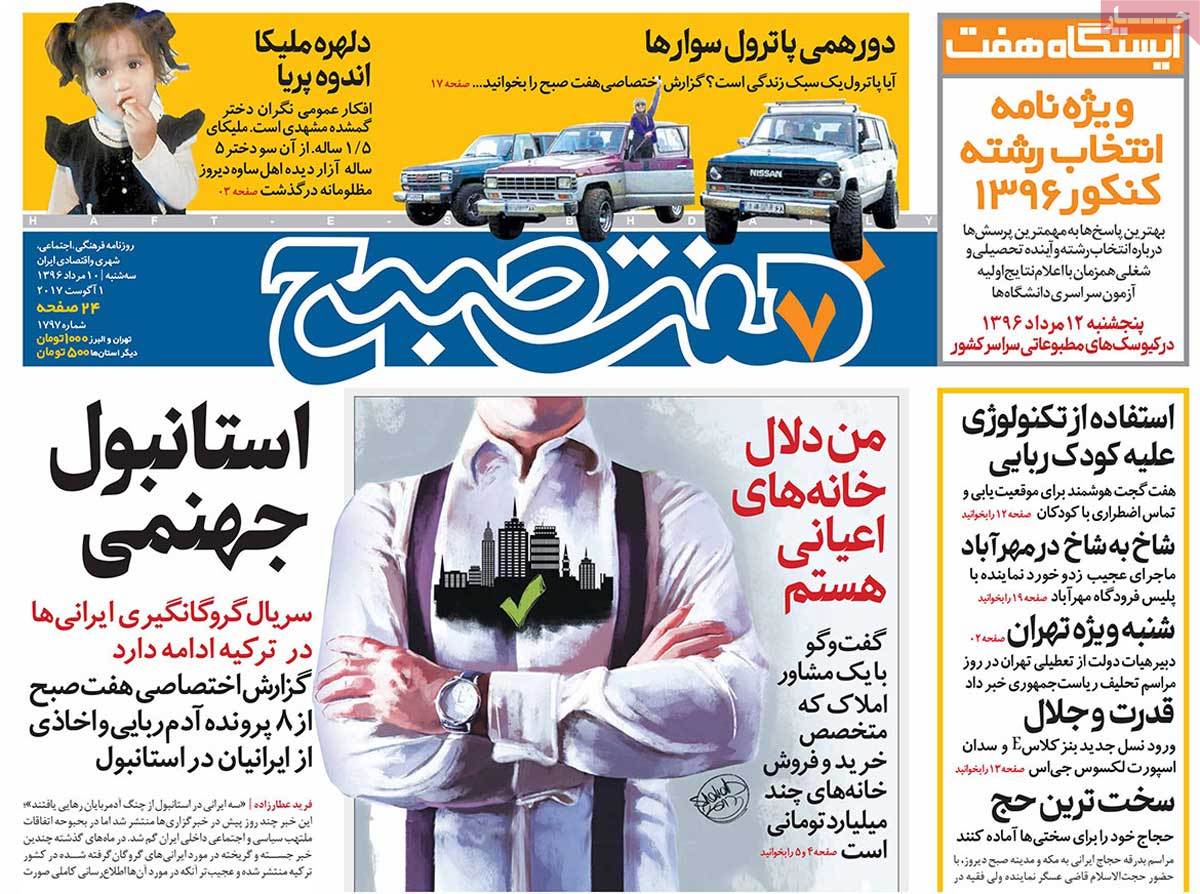 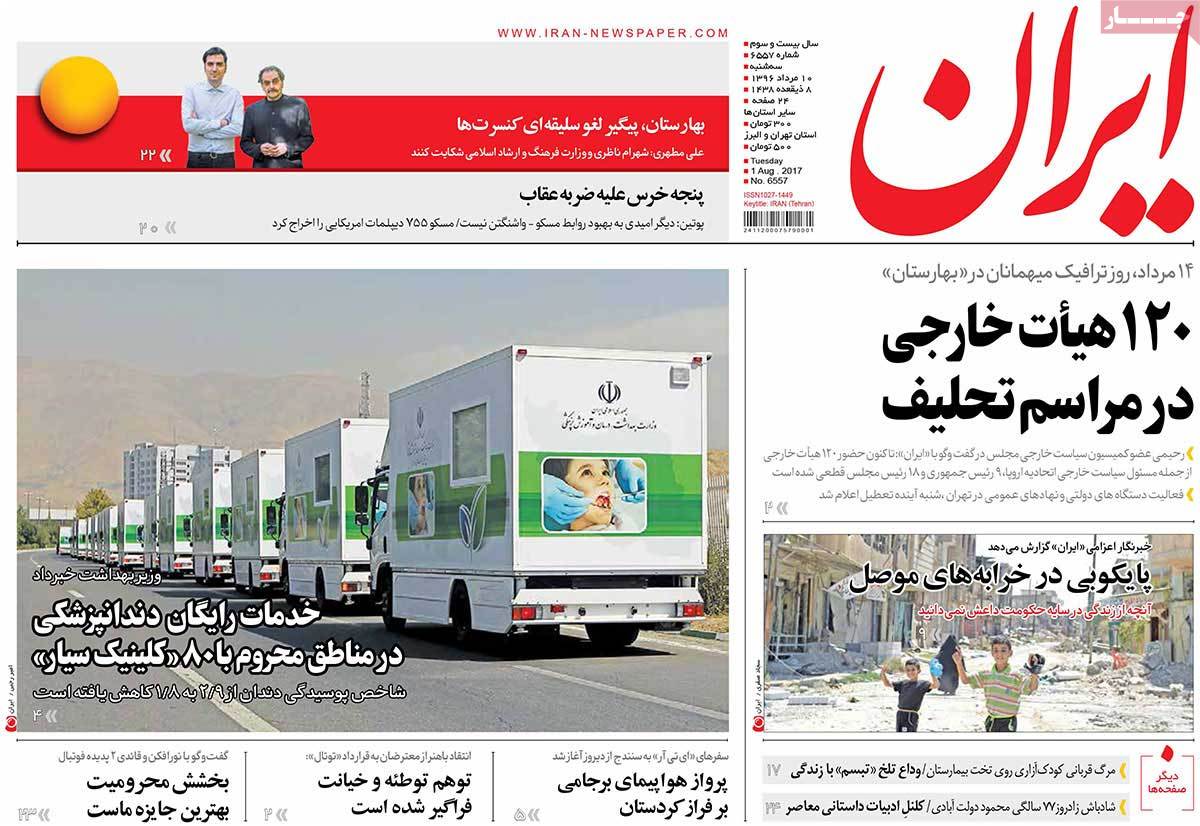 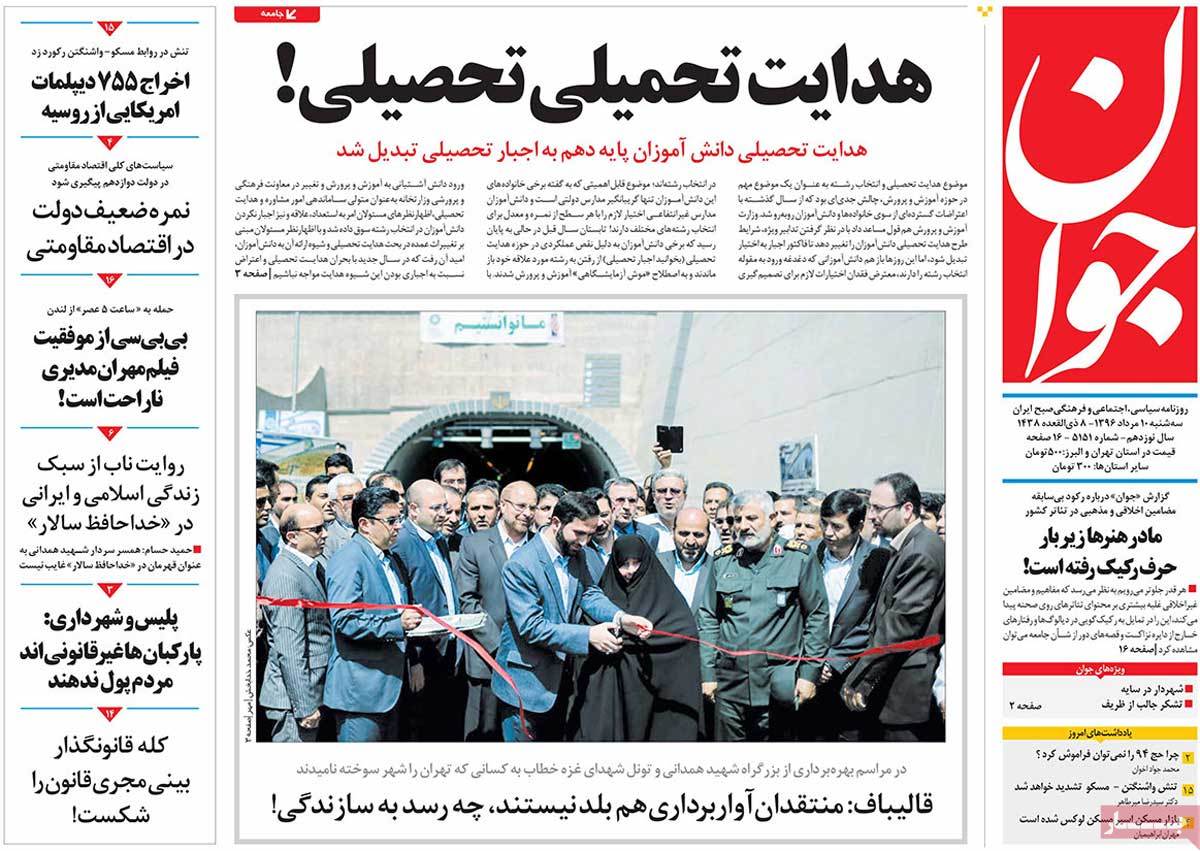 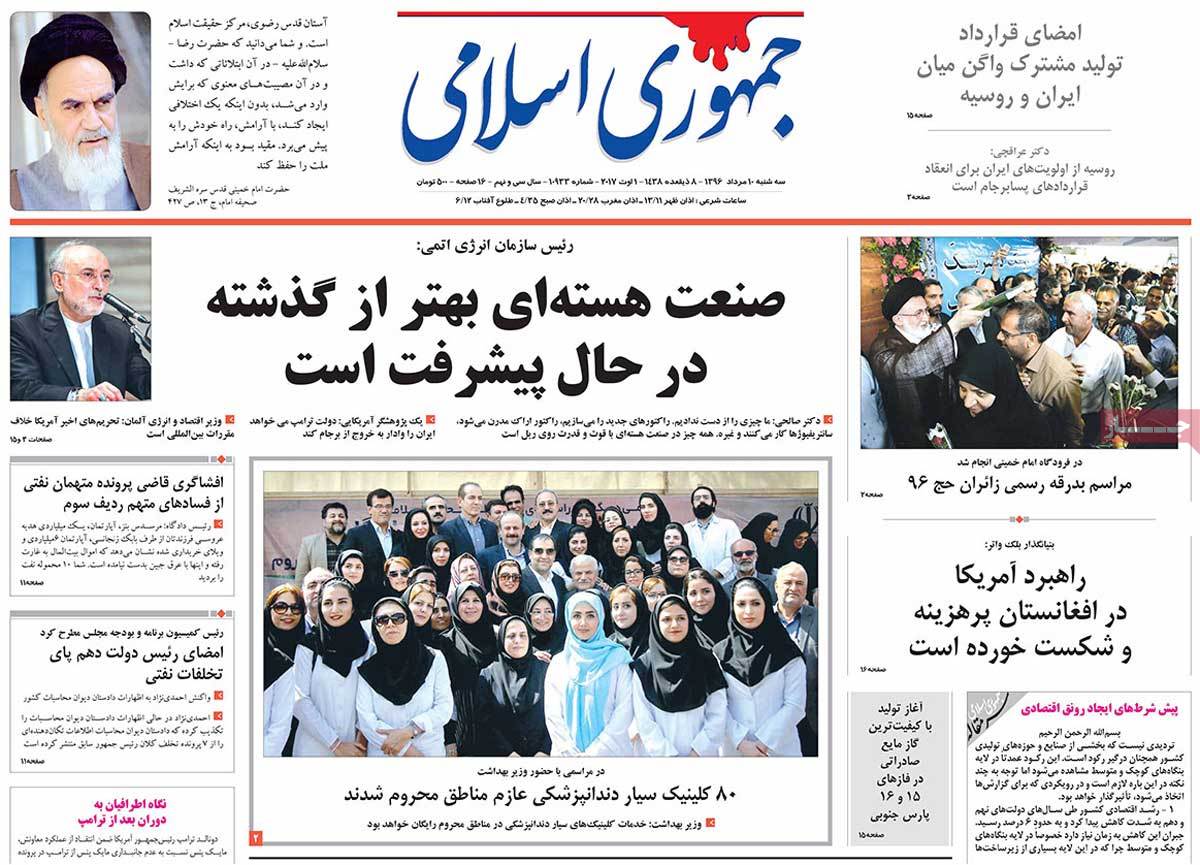 1- Grounds Prepared for Global Consensus against US: Rouhani’s Deputy 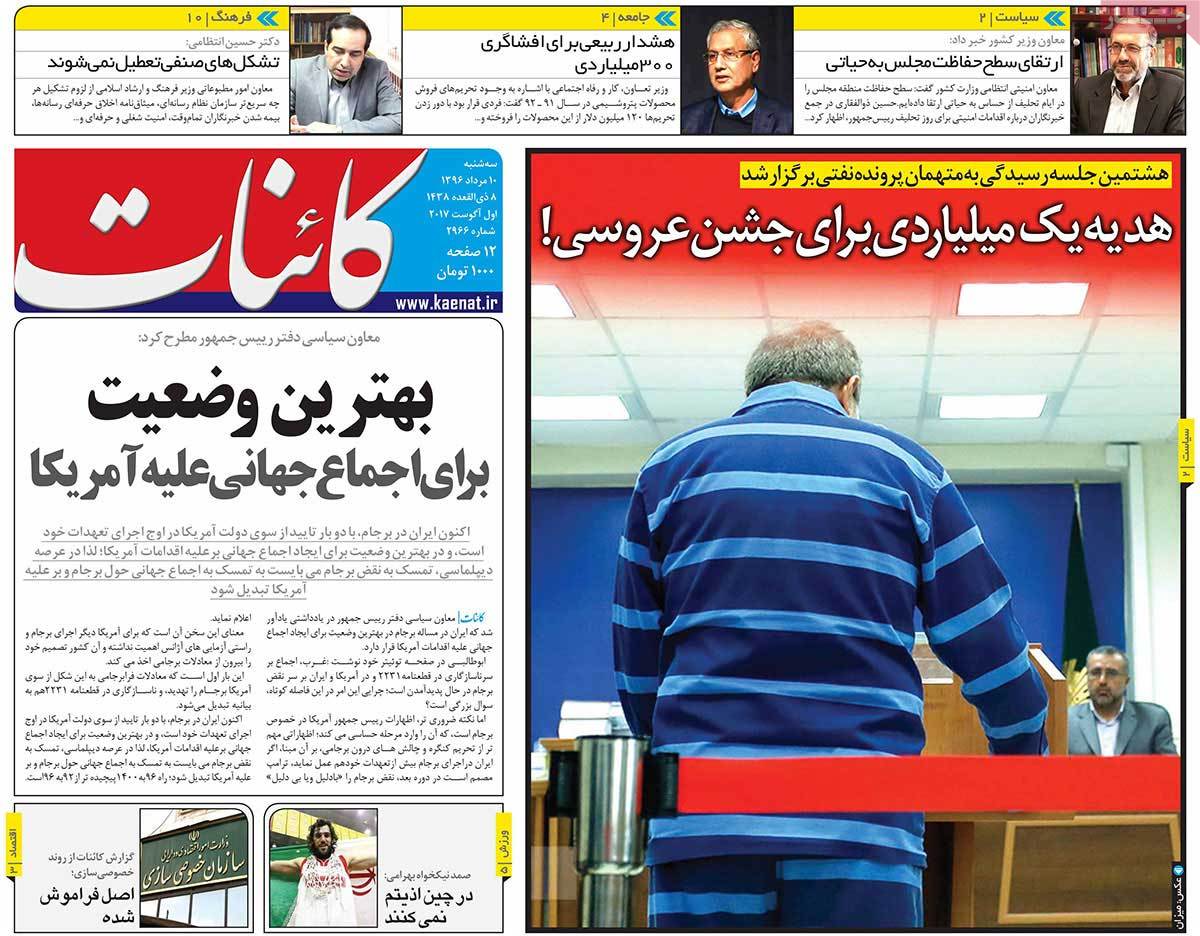 1- Advocates of Reformism Demanding Shares from Rouhani’s Next Cabinet

3- Government Not Cooperating in Fruit Exports to Qatar 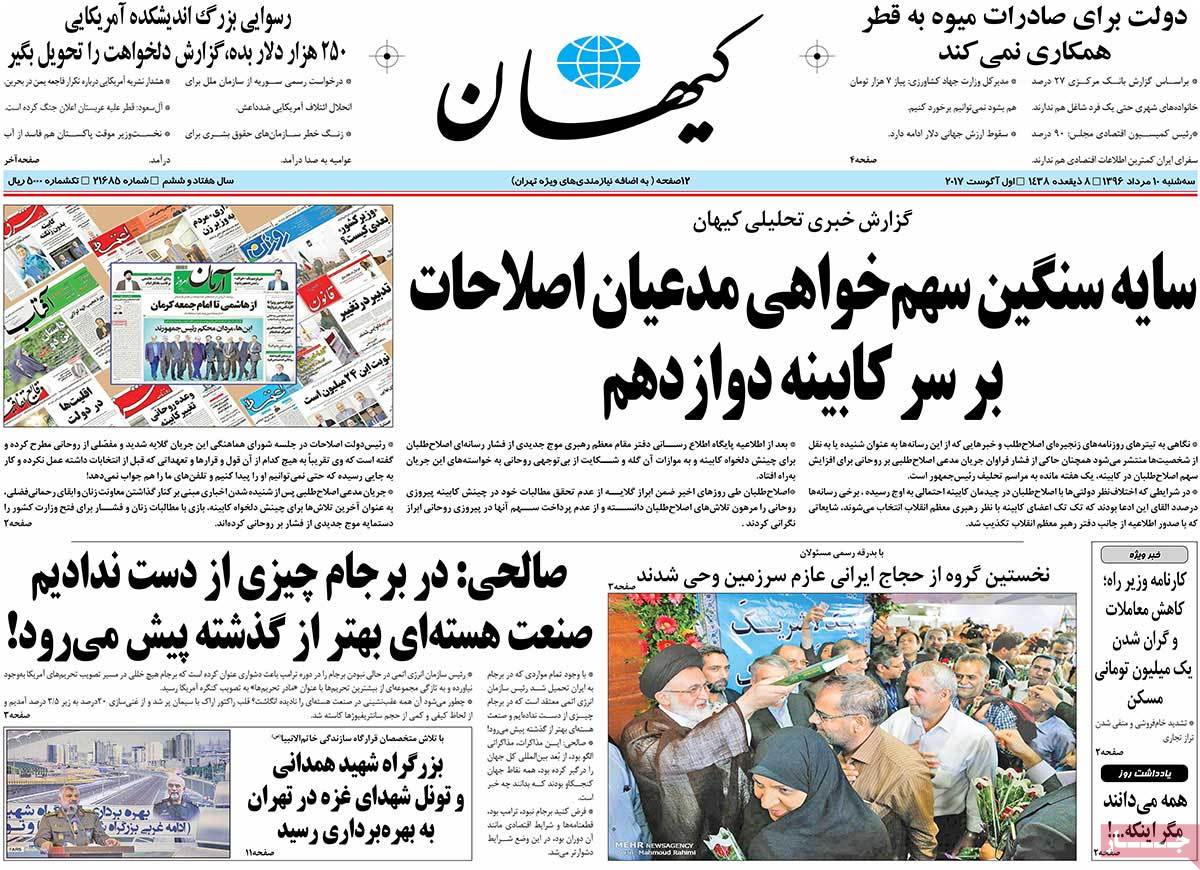